BugSnax, A New Game Coming Up For PS4, PS5, PC and Mac

I just came across this brand new game announcement this week from Young Horses, a new game development company based in Chicago, Illinois. Here's a new title that you should be interested in. In Bugsnax we will take you to a special journey, on a whimsical adventure to Snaktooth Island, home of the legendary half-bug half-snack creatures. Invited by intrepid explorer Elizabert Megafig, you arrive to discover your host nowhere to be found, her camp in shambles, and her followers scattered across the island alone... and hungry! It's up to you to solve the mysteries of Snaktooth Island: What happened to Lizbert? What are Bugsnax and where do they come from? But most of all, why do they taste SO GOOD? 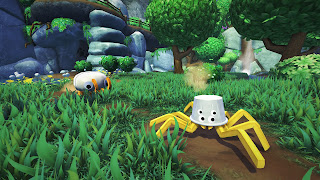 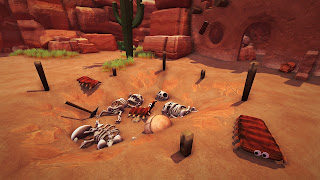 Bugsnax will be available for both Sony Playstation 4, also PS5 game consoles, but also this game will be available through the Epic Games Store for those who own a PC or Mac computers. The game should be available for all those platforms, but according to the Young Horses website, they expect the official launch to be in the last quarter of the year 2020 which means we will only be able to get it during the holidays season only. So until the official launch, you can still visit the BugSnaxwebsite for more upcoming events, or you can watch the following game trailer below. Happy BugSnaxing!

February 08, 2021
Role-playing games are an inexhaustible source of inspiration for studios and publishers who rarely miss the opportunity to adapt these acquired franchises to the cause of video game fans. The Baldur’s Gate and Shadowrun saga or Cyberpunk 2077 to name a few, the examples are legion. Now it's the turn of Cyanide in collaboration with Nacon to lend themselves to the exercise and to get their claws out. Werewolf: The Apocalypse - Earthblood is the Action-RPG adaptation of the eponymous role-playing game. The wolf, after a long hibernation, is about to emerge from its den. THE PACT OF THE WOLVES Werewolf: The Apocalypse - Earthblood takes for framework a contemporary universe close to ours in many ways, and yet so different. On this alternate Earth, the balance of power is in jeopardy. The Wyrm, the evil incarnation leading the world to destruction and chaos, is gaining ground. Faced with rampant industrialization, a direct consequence of human activity, the Dark World is on the
Post a Comment
Read more

October 27, 2020
After having abandoned the idea of ​​a free-to-play, the studio Ecthra Games is trying to make Torchlight III the worthy successor of two very good hack'n'slash from the years 2000 and 2010. Available in early access recently, does the title manage to rekindle the flame? Nothing is less sure...  Torchlight III is currently available in early access and should also evolve in the coming months. We will follow updates to the title and modify the rating accordingly. Torchlight III is a complex project: after the success of the first two episodes, his studio Runic was unfortunately forced to close, but a new structure was then born, called Echtra Games . This young studio made up of former Runic players, then set about transforming the license into free-to-play. The Torchlight Frontiers project did not last long, however, following very poor feedback from the press and players. Now Torchlight III , this new hack 'n' slash has been available for early access on Steam fo
Post a Comment
Read more

Partisans 1941 Review - Not Yet The Commandos We Expected!!!

October 28, 2020
While the Germans of Mimimi Games have put the tactical infiltration game back on the front of the stage, here is a Russian studio embarks on a form of opposition with Partisans 1941 . On the menu, a game that is very reminiscent of the venerable Commandos in which Russian resistance fighters resist the German army on the eastern front. Like a symbol. To the east, there is also a History In June 1941, Nazi Germany launched a lightning strike against Russian troops. They are forced to withdraw to the border, leaving behind many prisoners and a people distraught at the advancing German army. This is where we meet Commander Zorin who, after escaping the awaiting summary execution and finding some companions, decides to stay behind enemy lines to organize resistance there. But of course, when your troops consist of two men and a kid, you have to play smart and avoid fighting as much as possible. Or at least try. Unknown soldiers We can say that Partisans 1941 is casting a wide net when it
Post a Comment
Read more