Game Engines or Programming Languages, Witch One Is The Best? 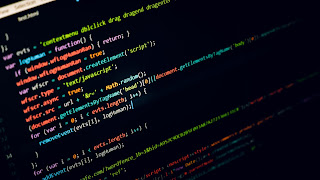 What is the best game engine in the world you can find in 2020? As an indie game designer and as an experimented game developer, my answer will always be: it depends. You see, the choice of a game engine will always depend on what criteria your game will be based on. It all depends on the type of video game and efforts you are willing to make. Is the game will be in 2D or 3D? Will it be an RPG adventure, a First Person Shooter, a Third Person Shooter, or a sport's game? Will it be a platform game or a puzzle? As you can tell the possibilities are endless.

That video game will also depend on how you like to work and how you think in terms of scripting and programming. Some people like me prefer to do some coding instead and there are a few good reasons for that. Because I am already a programmer, I find it useful to create my own game logic and programming philosophy. When you are a programmer, you can do everything you want, and the way you want. You are the one who decides on the type of data structure you will implement. When you write your own code, you become the one who knows exactly what will happen in your game, and witch way certain iterations will occur while your game is running. 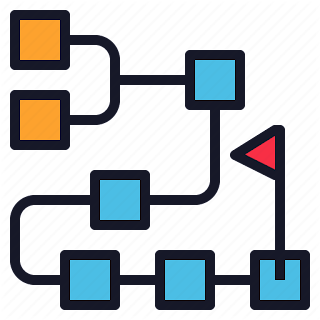 On the other hand, if you don't have any experience in game programming, but if you still want to share your ideas and thoughts with other players, and if you have a lot of creativity in mind, well a game engine can fulfill all your needs. Game engines can be a great tool as well for the design and the creation of your game. In this case, it may involve some kind of coding which I often call scripting. Like programming, scripting will involve a bit of coding which can be used for controlling the aspect of the game workflow and game logic. On these days, many best selling titles like Fortnite use that approach because unlike programming a game engine can easily allow you to create a game much quicker.

However, the main disadvantage with a game engine is you will have to stick on a pattern, or may I should say you will have to follow a based structure imposed by those who build the engine. This is the case of the Unreal Engine 4 from Epic Games, Unity, and the Godot free gameengine. Plus, if there's a programming bug with the engine, that's mean you will have to wait until the next build is out. It is strongly suggested by the gaming industry that you learn how to use several game engines because some of them are more specialized in some areas in game development. For example, some game engines like GameMaker Studio 2, is great to build some 2D and isometric games, but if you wish to build a 3D game, you may want to learn more about Unreal Engine, and Unity. In the case of Unity, the engine allows you to build some superb 3D graphics like the Unreal Engine, but you can also choose the create a 2D project. By the way, both Destiny 2 and Fallout games were designed with Unity.

Generally speaking, a game engine can be great, but it also has several limitations. If you prefer to avoid those limitations, I recommend you use a programming language such as c#, or Java and even better, C++ witch can produce some native machine code which can drastically improve the performance of gameplay by the way. So both programming and game engine are ok for any game development. Both of them offer a wide range of advantages and the speed performance can be optimized as well for gameplay. I would say it's mainly a matter of taste and abilities.