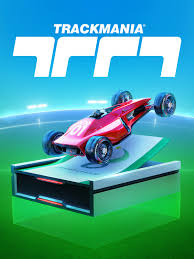 On July 1rst, Sport racing fans will be more than happy to learn that UbiSoft Nadeo is about to launch a racing game that everyone was waiting for. On July 1rst 2020, PC owners will be able to download Trackaania, and YES you guessed, the launch of the biggest international Trackmania competition, the Trackmania ZrT Cup was reported to another date due to the COVID-19 pandemic. The Trackmania ZrT Cup was postponed, but it didn't stop the Ubisoft team even during the pandemic where everyone was confined at home. In fact, the guys have been adapting to working from home. Even if at first it was difficult to make that transition, but Ubisoft proven to develop the game at a good level of efficiency, as a result, the game will finally be out for next month instead of May the 5th. So the good news is the game will now be available. I remember on last February Ubisoft made the announcement of the game at the Trackmania Grand League finals in Lyon, France, so it's understandable why so many people was waiting for this new release. 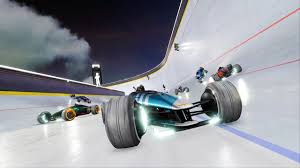 Trackmania is remake of the legendary Trackmania® Nations, combining easy-to-learn, hard-to-master gameplay style with a fresh look and creative direction. The game will offer to the player the choice of many tracks with regularly updated content so no one will miss anything. Also, you will find a new type of esport with in-game daily competitions to international open leagues. In other terms, it’s more like a sports club license mode. You can practice or compete with others.

Trackmania is definitely a universal racing game and with three levels of engagement, The Starter Access, which is free, is a great foot in the door for new players, also The Standard and Club Access will support creation and sharing tools for our more advanced players. For example in the Club Access, you will be able to join your favorite clubs to access exclusive content and activities such as skin customization, special campaigns, online rooms, training tracks, and competitions.

You can place a preorder of Trackmania at Epic Games and Uplay before July 1rst. The graphics and sounds are in very high-quality so I would suggest you don't run this game with a builtin GPU, I am sure most racing game fans will love to play this one. Just check out the Trackmania trailer below for a glimpse of what the game will look like.