Upcoming Game Release: Crash Bandicoot 4, It's all about time 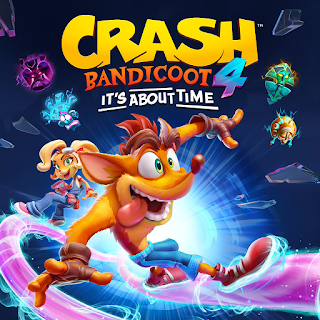 Toy For Bob announced earlier this week the upcoming of the direct sequel of the Crash Bandicoot trilogy. The game should be launched in October this year. In this new release, the nefarious Dr. Neo Cortex, the villainous Dr. N. Tropy, and the infamous Uka-Uka have torn the fabric of space and time, causing a temporal rift. So if you guessed, Coco and Crash will have will be once more in a mission where they will have to stop the marsupials , because these enemies want to rule over the multiverse as its evil emperors. Crash Bandicoot 4, It's all about time will be an action-platformer with great mechanics and a brand new fresh visual direction this time.

I remember that Toy For Bob also developed some cool video games such as The Spyro Reignited trilogy. As far as I know, that game aims to deliver the most precise gameplay we all fell in love with back in the 90s, except for this time it might be interested in how things will look like with these similarities in that new game. Plus in Crash Bandicoot 4, the story will also picks up after the end of Warped, and now the player will have access to a modern mode which will get you with an unlimited number of lives, and also you will be able to switch to the retro mode, but this time, the player will be limited in the number of lives. 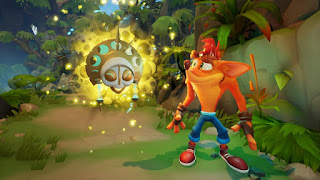 Another cool feature will allow you to change the rules of reality and gain some advanced ways to conquer dangerous obstacles. But in order for the player to do so, he or she will have to find four Quantum Masks. For example, one mask might slow time to let the player cross barriers, and another one might let the player manipulate the gravity in order to gain the upper hand.

Crash Bandicoot 4, It's all about time, will be available on October 2, 2020, for the PlayStation 4 and Xbox One consoles, but until that day, make sure you watch the official game trailer below. I hope you enjoy it!