Beyond Blue Review - A Deep Journey Into The Beating Blue Heart Of Our Planet.

Beyond Blue transports you to the near future where you explore the mysteries of the ocean through the eyes of Mirai, scientist, and explorer of the abyss. Join a recently formed team of researchers to see, listen to, and interact with the ocean in more concrete ways than ever using cutting-edge technologies. All the narration features the well-known voiced artists such as Anna Akana (YouTube), Mira Furlan (Lost, Babylon Hakeem Kae-Kazim (Black Sails, Hotel Rwanda), and Ally Maki (Toy Story 4).  In Beyond Blue, you explore and venture into a virgin world accompanied by a captivating soundtrack which includes the participation of Miles Davis for The Flaming Lips, The Edisons, and even more. Sixteen unique mini-documentaries entitled made up of exclusive sequences and interviews with expert oceanologists. 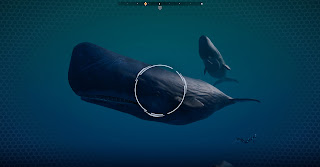 Beyond Blue is featuring the development process used to create Never Alone from Kisima Ingitchuna witch is a BAFTA-awarded game on Alaska's indigenous culture, E-Line has also teamed up with the BBC Studios (developers of the acclaimed game Blue Planet II), OceanX Media, to world-class game creators and expert oceanologists to deliver an experience exploring the mysteries of the beating blue heart of our planet. Beyond Blue is above all a solo adventure which allows you to follow a scientific mission based on the sounds of marine mammals and the way they communicate from a distance. Do not plan to fight or have to survive like Subnautica, it will not be here. 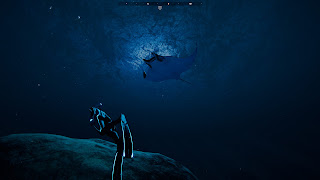 The goal of the game is simple, throughout the 8 dives we will have to explore more or less deep dive areas and go find whales and other sperm whales to probe them (not this kind of Cartman probe!) And discover more on their species and their specificities. So if you just want to relax and explore some new world this is the kind of game I would definitely recommend to those who love some adventures. Beyond Blue is currently available on Steam and works on PC with at least Windows 10 and a 64-bit processor. You can visit the game page here for more details. Also, check out the video trailer below. By the way all the images you see here, are from the author.

December 28, 2020
While, like every year, 2020 promises to end on a high note with a bunch of big video game releases, some less publicized titles still risk trying their luck in this congested niche. This is the case with Sakuna: Of Rice and Ruin , a somewhat peculiar Japanese title since it offers a rather unusual mix of genres. Although the niche is rather poorly chosen, stuck between blockbusters like Watch Dogs Legion and probably eclipsed by the release of the new generation of consoles, Sakuna: Of Rice and Ruin does not dismantle and wants to be generous. After giving you my first impressions in a preview, let's now see what the finished product is worth it. I played for about 20 hours on a classic PlayStation 4. During our review, I did not encounter any major bugs or concerns. I already told you about it in my preview, the first impressions on the title of Edelweiss are quite mixed, although I came out with a certain enthusiasm. First of all because the graphics processing is quite disapp
Post a Comment
Read more