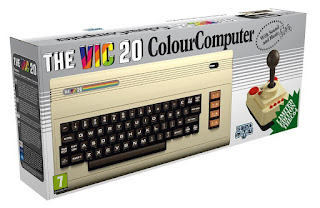 If we go back in the earlier '80s, Commodore Business Machines released a small computer dedicated to the whole family for less than $400US. You guessed that was the Commodore Vic-20, also known as the Commodore VC-20 in Germany(the name has changed due to the VIC bomb) and also the same computer was released under the name Vic-1001). Actually, the Vic-20 was my first computer ever where I've learned how to become a programmer using the old BASIC programming language. The VIC-20 was announced in 1980, roughly three years after Commodore's first personal computer, the PET. The VIC-20 was the first computer of any description to sell one million units worldwide. But today, the computer was kind of brought back to life from a company named Retro Games LTD and if you lived in the UK you can still place a pre-order on Amazon UK since the 30th of June 2020 while the official release will be only in Oct 23rd, 2020 on the whole European continent, a possibly a year later in North America. So let's check it out and see what we have here. 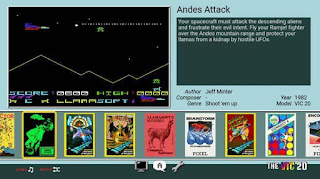 The New THEVIC20 is a replica of the old Commodore Vic-20, except this is not the real thing here, because what we have here is an emulated machine within a similar design which includes the case and keyboard. At first glance, you would probably not see any difference between the old and the new ones. In fact, it's mainly what's inside that is different, So you won't be able to find any of the old components such as a MOS6502 microprocessor as an example, but the good part about that new Vic-20 is it look and feel like its predecessor. In other terms, THEVIC20, is considered as a sort of reinvention of the Commodore VIC-20.  So you will be able to find a full size with his own working keyboard, a classic micro-switched joystick updated that connects through one of the four USB ports of the equipment that we can connect to any modern television through its output HDMI. 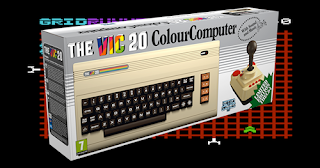 THEVIC20 will also work using 3 switchable modes witch are: Vic 20, C64, and games carousel loaded with 64 games on it, and I'll like the fact that all those games can works in both 60Hz (NTSC) & 50Hz (PAL) display modes as well. THEVIC20 by Retro Games LTD also have supports for user-supplied games via USB Flash drive and you can even save & resume game functions as well and OH, I almost forgot. The firmware will be upgradeable via USB Flash drive too. Finally, THEVIC20 will comes with the addition of a new micro Switch joystick that you can plug into one of the 4 USB ports. This is how you will be able to gain control of your games and setup the computer. As I said earlier you can place your pre-order on Amazon Uk for £109.99 witch is about 136.47US. If you ever need more information, please check out the video below.

World of Warcraft: Shadowlands Review: A Breath of Fresh Air Despite Some Flaws

December 09, 2020
After two long years of World of Warcraft: Battle for Azeroth , World of Warcraft offers itself a long-awaited new expansion with unrecognizable tunes. In Shadowlands , players leave Azeroth to travel not to another planet as they once did, but to the realm of the dead: the Shadowlands ! In this place where the dead live a second life, death is final but new allies, the Congregations, help the heroes to achieve their ends: to stop the madness in which Sylvanas has launched. New allies, new enemies but above all some new game mechanics: Yes, it still there, and it doesn't seem to be ready to join the Shadowlands of video games. The story of Shadowlands is a direct continuation of the events that took place during Battle for Azeroth . Sylvanas, who fled after wiping out Saurfang at the gates of Orgrimmar, ended the Lich King's reign by destroying the Helm of Domination. In doing so, she unleashed the Scourge but also broke the boundaries between the world of the living and of th
Post a Comment
Read more