Battletoads Review 2020 - The Saga Is Back On The XBox ONE 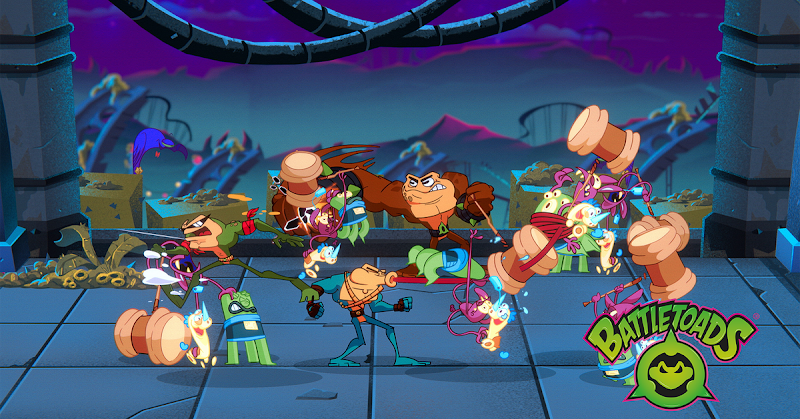 Just a few days ago, I returned to NEO. Classics back a while ago when the studio did a series of masterpieces on Nintendo consoles and just a little bit on the Xbox. In this month of August 2020, it is precisely a flagship license of the 90s, signed RARE, which is back: Battletoads. Obviously, this time the game is exclusive to the Microsoft ecosystem, so this new Battletoads is only available on Xbox One and Windows. But do Microsoft gamers really have something to celebrate with this new exclusive? Not sure…but let's find more about this version of the classic video game.

The Battletoads saga is back!

With this new Battletoads, the (old) gamer obviously expects to find this beat'em all so emblematic of the 8/16 bit era. While Streets of Rage 4 made a stunning comeback last April, we had every right to hope for a winning comeback for the famous mutant toads of our childhood. Thus, in 2020, we find Rash, Zitz, and Pimple, in a brand new beat'em all playable up to 3 simultaneously (locally only), with hours of fun in perspective, galore, and a really good slice of fun "like before". Well, that's what I thought before launching this new Battletoads. In fact, if the start of this Battletoads is rather faithful to the series, namely a beat'em all, we quickly plague against a very segmented game, with "arena" type fights. Each batrachian has a range of characteristics, and it is quite possible to switch from one to the other (via the directional cross) while in action. This will blast a hero lacking energy and/or increase the combo meter. We find each other's special attacks, with the ram transformation, the huge kick, and many other rather funny and well-executed whimsical attacks, Tex Avery style. 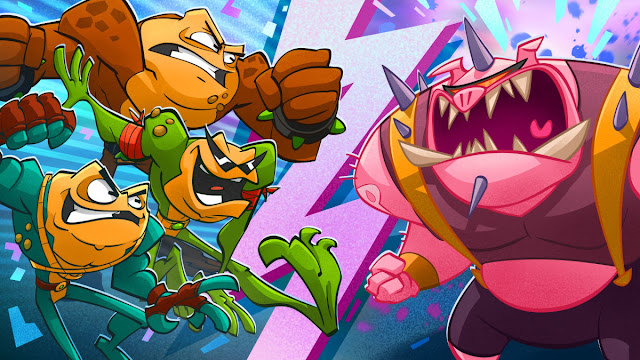 You can for example attract certain enemies with your tongue, but also spit a piece of chewing gum on certain opponents to immobilize them, and you should not hesitate to abuse the dash to avoid attacks. On-screen, the whole thing is sometimes a bit messy, not always very readable, but we still try to distribute the big mandals on everything that moves. However, we have to admit that the beat'em all side of this Battletoads lacks a bit of punch, unlike a Streets of Rage 4. To this is added a very particular aesthetic, with a very cartoonish. This new Battletoads is also full of cutscenes, with a modern and to not say an ugly cartoon side from Cartoon animation which will inevitably offend the sensibilities of the oldest ... But the real big concern of this new Battletoads, it is its variety.

Sometimes a festival of bad ideas and bad taste?

In fact, don't think that this new Battletoads is just a beat'em all. Yes, the game obviously has its share of fights, but to that are added many, many completely "WTF" phases of the game. Of course, we find the famous phases in hovercraft, always so painful and long besides, but we will also have to go through various mini-games whose interest and purpose will escape from a lot of players. We also have little puzzles that are poorly integrated, or even timed Wario Ware-style mini-games which you will have to understand (when possible) the why and how while playing. So, of course, variety in a video game is often a big plus, especially in a beat'em all. Except that in Battletoads, bad ideas are legion, and often have a tendency to rub shoulders with a certain bad taste. Even worse, certain phases of the game, the interest of which is already questionable at the base, tend to repeat themselves and drag on like never before, and I admit having sighed many times, begging the game to end to this phase of uninteresting platforms, or to those puzzles without tail or head. 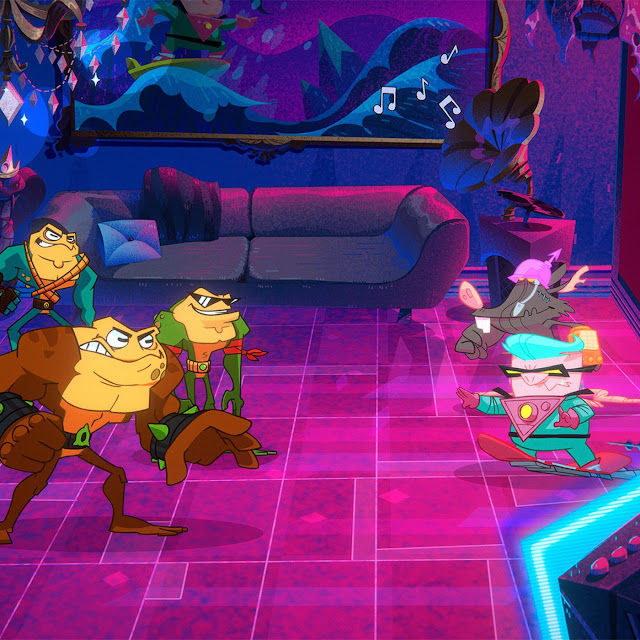 Battletoads, was it better before?

In terms of lifespan, this Battletoads requires about 3 hours of play to complete, but as some beat'em all are exciting enough to be completed in one go, it's a safe bet that you will take a "break" (or even several) in this Battletoads version, to resume or not your game later. However, the good news is that checkpoints are plentiful, including during boss fights. So yes, besides their questionable look, the cutscenes are very successful in terms of humor, with the added bonus of some really excellent voices. To tell you the truth, we even sometimes have the impression that this Battletoads is above all a real interactive cartoon, interspersed with a few phases of gameplay, just to lengthen the life. In short, if you were expecting a punchy, violent and a little trashy beat'em up game, Battletoads Arcade style, you might be very disappointed. If you were going to rediscover the spirit and fun of Battletoads NES / Super NES, you might be very disappointed here too. And if you were just going to have a blast with a good old-fashioned beat'em all alone or with friends ... you know the rest. Note to conclude that the game is available on Xbox Game Pass, but if you have a craving for Battletoads, really treat yourself, and relaunch the NES, GameBoy, Mega Drive, Super Nintendo and/or Arcade opuses.

Despite or because of all the affection that we can have for the Battletoads license, it is impossible not to hide a real frustration/disappointment with this Battletoads 2020. After a correct prologue, but already nothing more, the game multiplies the bad ideas, with some really failed phases of the game, which drag on desperately in length. Added to this is a very particular aesthetic, very cartoonish, but it is above all the lack of punch in the fights, and a lack of fun and general flavor that shoots this Battletoads. It is also difficult to understand why the developers insisted on incorporating so many mini-games and other headless puzzles when a good "old-fashioned" beat'em all would have been enough to please many fans of the license. What a disappointment.

Check out the video trailer below for a preview of the game.

Visit the official Battle Toads website for more information about the game. 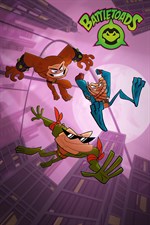