New Info About Cyberpunk 2077, An Overview Of The Upcoming Game 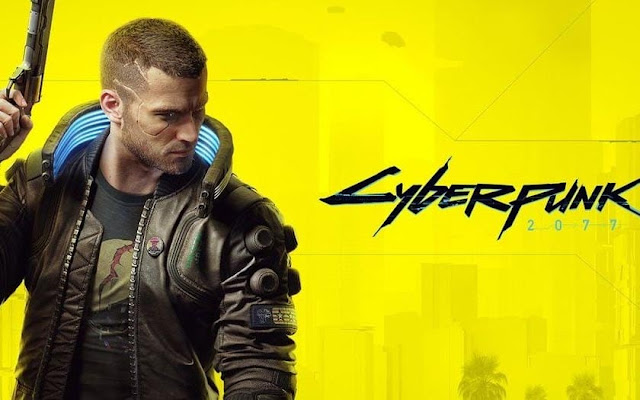 A few days ago after the announcement of its final postponement from September 17 to November 19, 2020, here they are, the first playable tests of the video game Cyberpunk 2077. On this occasion, the new project of the Polish rockstar CD Projekt RED even risked outside the nest, via remote gaming sessions overseen by publisher Bandai Namco. Therefore we were, able to see what it look likes for four hours., The famous futuristic megalopolis which had a waking dream some time ago and which is becoming more real each time, for the better and for… the less good? Are we allowed to write that? 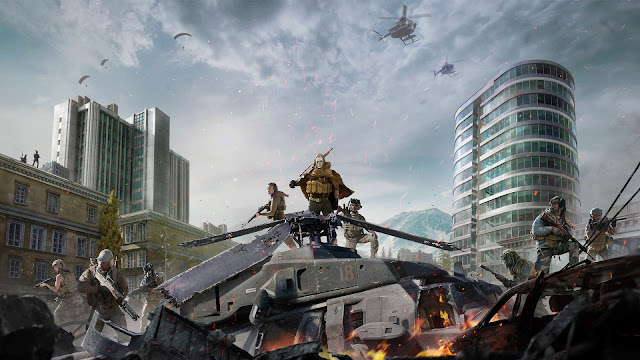 You might say this playable preview of Cyberpunk 2077 had a funny effect on me, simply because the closer the plane gets to the ground, the clearer it is that it was not 'a UFO, but ... an airplane and nothing more. So this is a beautiful shiny plane, obviously pharaonic in its proportions and its ambitions, but somewhere also "just a plane". Note that we will avoid here all the image-by-image analysis of a "shameful visual downgrade, and all the cons about this game, quite simply because distancing requires. Anyway, I and a couple friends we were able to test the game via cloud-style sessions: via PCs connected from Warsaw and, streaming from a classic PC requires, to the pad only. Not really the best environment to get into big comparisons with the naked eye, so if only because of the video compression. So here, I will talk about the rest, such as the gameplay, interface, how it feels when playing it, and all these little things that make the new CD Projekt RED certainly not steal its last surprise report.

Obviously, certain contrasts are more striking when a developer makes the choice, when comes the time, to make us revisit, with a joystick in hand, an already well-documented sequence, discovered in the form of an extra-calibrated video. So I was able to try an uncut version of the chapter which served as the first presentation of the game: a mission during which V (your hero) and his partner Jackie seek to repatriate a military robot stolen by a sort of scrap dealers witch is an adept to body modifications as well. With here and there a bit of rab and exclusion around, which allowed for example to explore a branch of quest kept secret until now, or to try oneself at one of the playable prologues of the adventure. The content of the latter will depend on the origin you have chosen for V when creating the character: Street Kid (the little strike who wants it), Corpo (the cog of the system) or Nomad (descendant of the free- thinkers who roam America Mad Max-style). Three distinct starting areas and three different short prologue missions for a single purpose: to meet V and the schemer Jackie Welles, after which a six-month ellipse allows us to find our duo of mercenaries now united and determined to make a name for themselves in Night City. 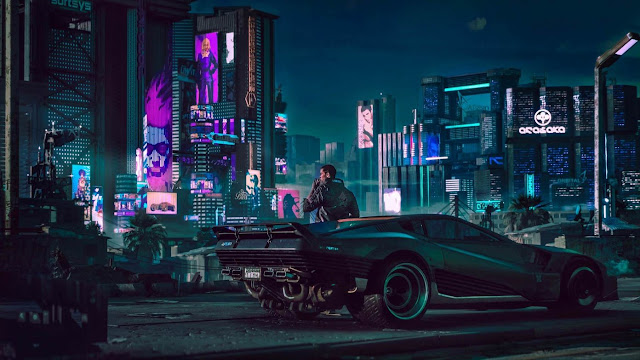 From there, we will have plenty of time to revisit certain key passages of the game's current communication (the intervention among organ traffickers, the recovery of the Flathead robot in one of the Maelstrom's lairs) but this both in a playable version, with all the questions that this paradigm shift raises. For example, the first steps in the Watson district in the early morning, are always an opportunity to admire the tangle of floors and road bridges that dominate the square at the start of the game. This swarm of details and visuals ideas which gives each decor (interior and exterior) a rather delirious character. But it is also the moment to see, as we anticipated at E3 2019, our first citizens with behaviors and trajectories a little less polished, a little more "video game". The NPCs who overlap or whose member crosses the scenery, those who seem to wander and no longer go somewhere as was the case in 2018. At the bend of a hook on foot through the market, it is these police officers marauding who, barely brushed against, turn around and empty their magazines on V then run after us when we take flight. One of our hosts explains that some reactions from the AI ​​and in particular those from the police are still in the process of being configured. 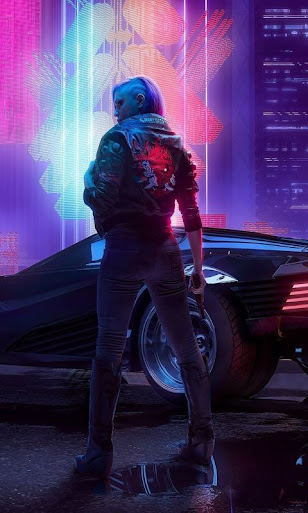 Paradoxically, every moment that the simulation falters just a little (which will happen quite often in four hours of play) reminds us that at its core, Cyberpunk is a project all about immersion. I suspected this will happened anyway, but I must admit that these discussions in the first person view based on dedicated micro-animations, sabotages and the presence of bodies are quickly intoxicating. Front to front with a guy threatening us, the barrel of our gun against his throat, the limited-time response gauge that inexorably empties (calm things down? Negotiate? Pull the trigger?): It's a fact, we are so totally in it.  So it is there, in this profusion of delusional means dedicated to staging the slightest exchange, that this choice of a subjective view takes on its full meaning. It is also perhaps at this moment that the next CD Projekt risks weighing down those allergic to scripts, with its breakdown of everything that is not purely gameplay like a film set: “sit down, sit down here, wait there, stay behind your teammate while he opens the door, get in that car and somewhere, watch what you are told to watch ”. Fortunately, it's less sickly than in a Red Dead Redemption 2 or a Final Fantasy 7 Remake. But don't expect one of those RPGs where you gallop down a roadstead to exchange three sentences with a quest dealer before hopping off from table to table. Cyberpunk is way too much of an appearance-conscious guy for that.

When the time comes to gain a level and distribute your skill points (Body, Intelligence, Reflexes, Tech, and Cool) or to unlock some abilities (in five linked passive and active skill trees), Several critiques say that the studio is really keen to push the RPG as much as possible with something that not only allows V to specialize but also to attempt all kinds of character builds. Obviously to observe the effects on the ground, but also of the many quests and dialogues, which open and close according to your score with such aptitude, your possession of such or such perk or the origin is chosen for your character. Combined with the choice of gear, item modifiers, and cybernetic implants, this character sheet gives the player a much stronger grip on their hero than in The Witcher. 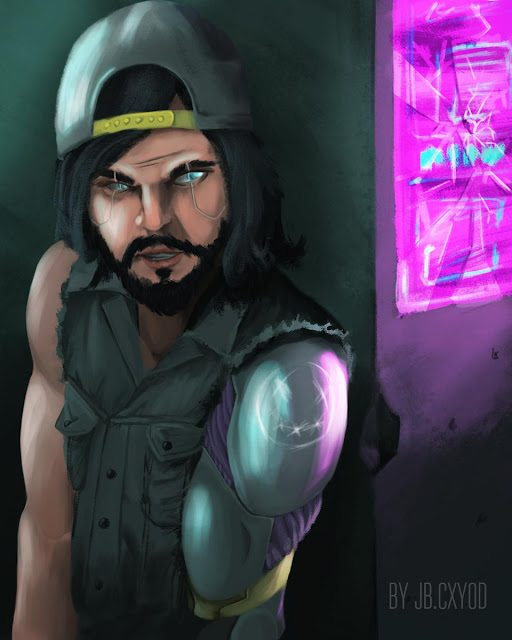 But unlocking a new skill means that you will have to navigate the shutters of an already cursed interface: It's basically one of those Destiny-style gas factories, not immersive for a penny with its cursor that you can move with the left stick and its sub-unwanted menus. Here again, our hosts would like to point out that entire sections of the UI are still subject to change between June and November. One of the many occasions for this demo to confirm that the last postponement of the game was probably not to lighten the production ending schedules' or to organize tree-motivational weekends with colleagues, but also to work hard like crazy for two more months.

Cyberpunk offers fast trips (managed from terminal to terminal, just like in The Witcher 3).  Note that "like in The Witcher 3" seems like a ritornello that can be applied to many aspects of the game-ending. If this time they constitute a large unified open world, the six districts of the map will act more or less like the different maps of Geralt of Rivia's last adventure: each one has its own story.  I also think of the modules that structure the quests, between narration, moments of staging, phases of action (or infiltration), and the inevitable passages of false-investigation. The V visual overlay used to hack security systems also serves as a (cyber) witcher sense with which to hunt all kinds of clues. I can feel that the studio is much better equipped with various narration and signaling tools: so in other words you can say goodbye to Geralt's eternal country monologue and welcome to augmented reality video calls.

One of the never-before-seen sequences was also revealed during this demo witch focused the player's attention on another investigative technique, "less common in the game but used by some very special quests": where we were able to see a Braindance analysis. Underneath this late '90s, IDM band name lurks a pretty dark side of the original RPG's lore: full audiovisual, sensory, and emotional recordings made IRL through special headsets before being sold to others in the form of total experiences. In the traditional market, for example, they allow you to feel all the brain and nervous activity of a bungee jumper or a racing driver. In underground circles, on the other hand, we buy murderous or robbery braindances shot by junkies in need of a dose or a few credits. 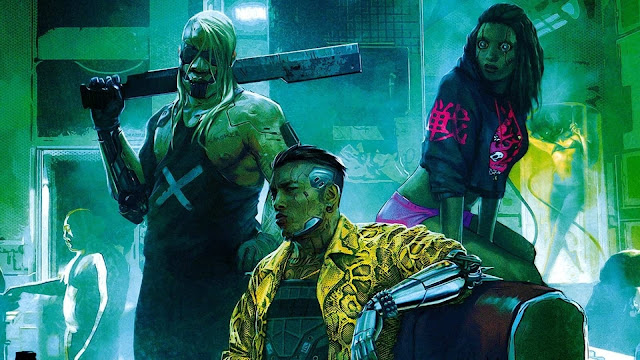 During his adventure, V will be able to freely explore some of these recordings thanks to a video frieze that is somewhat reminiscent of Detroit Become Human, even if Remember Me and Life Is Strange also come out on top. Rewinding, fast-forwarding, free camera in a certain perimeter around the subject, we then seek information in the scenery using all kinds of filters: sound amplifiers, thermal data, and so on. In the demo, for example, you have to listen to a telephone conversion barely heard by the BD recorder, or by identifying the perpetrator of a gunshot by finding his reflection somewhere in the recording. Nothing revolutionary in itself, but enough to vary the situation while spinning a smile on fans of Mike Pondsmith's work.

There's a good chance that down the road, Cyberpunk 2077 will become that massive, immersive, and responsive action-RPG in hell that tens of millions of souls will pounce on before erecting, maybe, " the game of the year ". On the other hand, it is difficult not to see reminders springing up from everywhere during this grip, between functional battles (but for the moment very ordinary), a structure rich in scripts, this interface to be redone and many systems ( AI, infiltration, driving) still poorly fitted to the rest. We, therefore, emerge from this date which has been somewhat damaged by the constant effort of mental projection; like coming out of a visit to the Sagrada Familia that would force you to visualize Gaudi's dream through the plaster fumes, the tools lying around and the sounds of a drill. The thing is, this site doesn't have a century ahead of it, but five. To those who are caught in the maelstrom of its development, we necessarily want to wish good health. The game will be launched soon on November 19 2020 for PC, PS4, XBox ONE Stadia, PS5, and Xbox Series X. Below is the official trailer.