The XBox Series X And PS5 Specs Comparison, Which One Is Better? 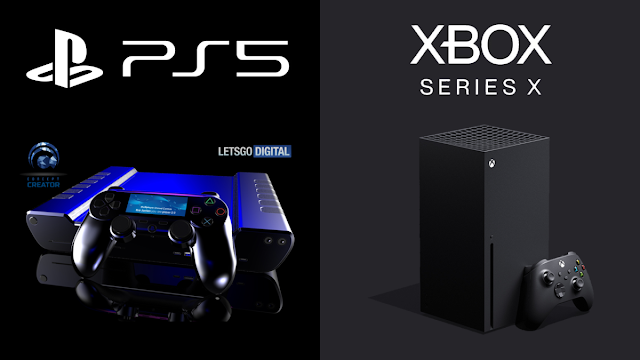 Is your heart still swinging between the Xbox Series X and the PS5? You really don't know which console to choose from? Well, this post is for you. If it's too early to pass judgment between the two consoles, there is already a way to find out which console will suit all your gaming needs and it starts with power. So let see how this will help you out. So we already know that Sony revealed recently all its technical specifics of the PlayStation 5. At this point, you may want to refer to my latest post titled: Is It Worth Buying A PS5?  Microsoft, for its part, had also done it a little earlier for its Xbox Series X. If there are still some gray areas, well now we know everything about them or I should say almost everything from both consoles. So now we have all the cards in hand to organize a face to face meeting between the two models. So what is the best video game console between Sony's PS5 and Microsoft's Xbox Series X, which of the two consoles will win the power match? Let's find out.

PS5 vs Xbox Series X: the most powerful isn't necessarily the best

First of all, please note that this is to establish a comparison of the two consoles by focusing on performance only. Of course, we are aware that the war that will be waged between the two machines will also and above all be played out on many points: the richness of the game library, the exclusive content of both game consoles, their backward compatibility, their price. , their environment, the Cloud Gaming offer (why not?) or the controller (an element that we very often forget, but which is very important). In short, it is not a question of determining which is the better of the two consoles, on one hand, because neither of the two is currently available, and on the other hand because, even if they were, it would be far too early to form a real opinion. A console enriches its offer and its game library over the weeks, and not just as soon as it is released. We saw it well for the Nintendo Switch, which initially only had a handful of really interesting titles, but which has seen its offer expand considerably, to become today one of the most popular consoles. of the Nintendo history. 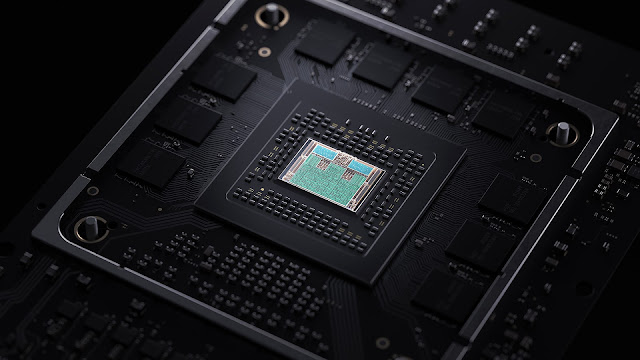 CPU: Xbox Series X is more powerful than PS5, but there is a catch

Both Sony and Microsoft consoles use a custom 8-core AMD Zen 2 processor. This is the same architecture currently found on 3rd Generation Ryzen PC processors. On the other hand, the CPU of the Xbox Series is clocked at 3.8 GHz, while the PS5 is clocked at 3.5 GHz. Also, the use of CPU resources differs from console to console. According to Microsoft, the Xbox Series processor frequency is set at 3.8 GHz for single-core games. This same frequency decreases slightly to 3.66 GHz when an application uses multiple cores in multithreading mode. The PS5's processor, on the other hand, runs at varying frequency, depending on whether a game requires more CPU or GPU resources. The two chipsets continuously adjust and support each other. That way, they should allow better heat dissipation and provide constant power, and that's a pretty good point. But the fact remains that, on paper, the PS5's CPU runs at a lower frequency than that of the Xbox Series X. 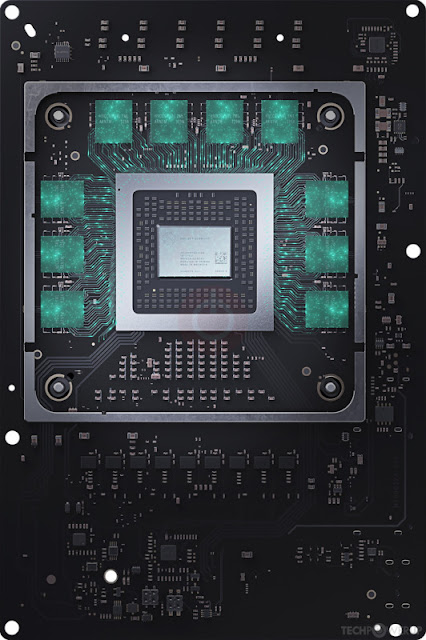 Once again, the two video game consoles are based on the same architecture. In the case of the PlayStation 5, it is an AMD RDNA 2 with variable frequency, which can reach up to 2.23 GHz. The GPU takes advantage of 36 CUs (Compute Unit) and benefits from a computing power of 10.28 TFLOPs. If we look at the Xbox Series X datasheet, we find this: an AMD RDNA 2 GPU clocked at 1.825 GHz. The chipset frequency is, therefore, lower than that of the PS5. Does this mean that the Xbox Series X will be poorer in terms of graphics power than its competitor? Not really. Because the Microsoft console has 52 CUs (16 more than on the PS5) and computing power of 12 TFLOPs. Clearly, the Xbox Series X largely compensates for the lower frequency of its GPU by a larger number of CUs and a slightly higher computing power. As the Kotaku site points out, the PS5's GPU is equivalent to a Radeon RX 5700, while the Series X's is close to a Radeon RX Vega 56. And under most conditions and with almost all games, the RX Vega 56 is more efficient than the RX 5700. The advantage is therefore given to the Xbox Series X. 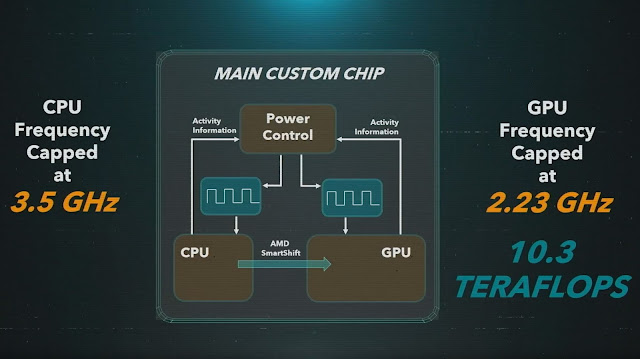 Between the two consoles, there is ultimately very little difference in the RAM used. On the Sony side,  here we have 16 GB of GDDR6, also a 256mb bus, and a bandwidth of 448 GB / s. Now, at Microsoft, we have 16 GB of RAM that equip the game console and a 320mb memory bus. THE 16 GB RAM is broken down as follows: 10 GB supporting a speed of 560 GB / s on one side (mainly dedicated to the GPU, which needs a huge processing capacity), and 6 GB to 336 GB / s on the other (for audio and small ancillary operations).

Advantage over the PS5

While storage and access to data may have seemed like secondary data until now, it could play a fundamental role on Next Gen consoles. Both Sony and Microsoft have succumbed to the SSD, which provides significantly faster speed than a conventional hard drive. In the case of the Xbox Series X, we take advantage of a custom 1TB NVME SSD. It offers a transfer speed of 2.4 Gb / s in RAW mode (uncompressed data) and 4.8 Gb / s in compressed mode. For the PS5, we are dealing with an 825 GB SSD. Admittedly, its capacity is less than that of the Series X, but the SSD of the PS5 offers a much higher speed. Sony announces a data rate of 5.5 Gb / s in RAW mode and 8 or 9 Gb / s in compressed. So the PS5's SSD will be twice as fast as the Series X's, that's a fact. How will this materialize in video games? Even if Sony has not yet revealed everything about its console (we are still waiting for a real demo), we can imagine that the games will load faster and that the latency times between each level are extremely reduced, or even that there aren't any at all. On the other hand, this is not the opinion of everyone: a developer from Moon Studios indeed explains that the higher speed of the SSD of the PS5 will not make a big difference, except for the games which are exclusive to the console.

What about additional storage? There, it's a little more complex to give an opinion. On the other hand, we have a proprietary system from Microsoft: small 1TB keys to plug into the back of the Series X. Adding a storage medium is therefore very simple, but it will be necessary to acquire a key of Microsoft certified storage. At Sony, it will also be possible to expand the storage capacity of the PS5. The good news is that the operation is done using a traditional M.2 solid-state drive. The bad news (for the less geek, of course) is that you will have to open the console to install it. Difficult to separate the two consoles on this point, each with advantages and disadvantages.

So which is the more powerful console of the two?

If we look at the pure technical specs, it is undeniable that the more powerful of the two consoles will be the Xbox Series X, no offense to Sony fans. But as I said in earlier, the match will be played anyway on different grounds, such as the price, the game library, etc. On the editorial side, opinions are divided: some are impatient for the PS5, while others (fewer in number, but just as passionate) praise the Series X. And what do you think? Please feel free to share your discussions with us by leaving a little comment just below.