Horizon Zero Dawn Review - The PS4 Exclusive Is Coming To PC, Is It Really The Ultimate Version? 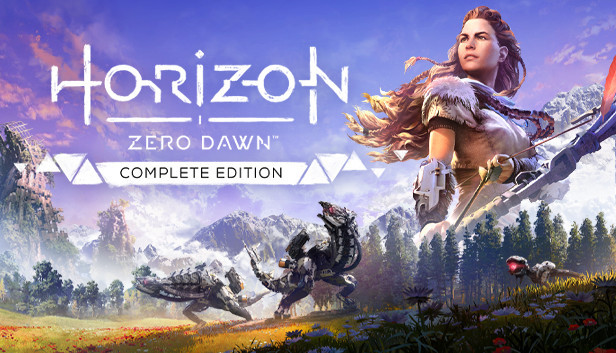 Three years after its release on PS4, Horizon Zero Dawn has lost none of its intrinsic qualities. The original universe, classic but effective open-world, impressive bestiary, and interesting fights are once again answering the call. In addition, this PC version does not really usurp its subtitle "Complete Edition" since it includes the downloadable content The Frozen Wilds as well as bonus packs. And, above all, it displays even more sophisticated graphics than before. On the other hand, even if the game is more beautiful than ever, it is currently capricious and prone to crashes. You can always try to go between the drops, but I recommend that you wait for the first patches before you jump on the Steam version or the Epic Games Store. Between Xbox Game Pass and the arrival of old PlayStation exclusives, it's been pretty good being a PC gamer these days. After Halo, Gears of War, Detroit Become Human, or even Death Stranding, it is the turn of the Horizon Zero Dawn franchise to leave the shores of comfort and land on our machines that are good at doing almost everything we want. We will see that this Complete Edition does have all the advantages that one is entitled to expect from a PC version… but that it also has certain disadvantages.

You begin to know the song: since we are dealing with a port of a PS4 major title this means, I am not going to spend hours detailing the game concept itself. I will only review Horizon Zero Dawn, a story to refresh the memory of bedridden people or to enlighten newcomers. The post-apocalyptic universe of the game pits primitive tribes armed mainly with bows and spears against robotic machines in the form of more or less real animals, the most notable of these mechanical creatures being certainly those based on dinosaurs. This universe rarely seen elsewhere compensates for the classicism of the gameplay, which incorporates all the codes usually associated with the open world. Crafting, cliff climbing, skill trees, stealth kills, bandit camps to clean up, hunting challenges, and collectibles - at times it feels like a Ubisoft game. Moreover, it should be noted that climbing on a Grand-neck (a gigantic dino-robot with a flat head) makes it possible to reveal the surroundings on the map, like the famous towers of Assassin's Creed or Far Cry. Despite these borrowings a little too obvious, the game remains interesting from start to finish. Even the side quests are worth a look, as they are scripted enough to keep the player alert. And of course, they extend the lifespan, which can vary between twenty and forty hours depending on the way you play. Finally, that is without counting the presence of the extension The Frozen Wilds, which is automatically provided in this Complete Edition. This content gives access to a new region, a new story, as well as additional characters, enemies, weapons and outfits, for an additional lifespan of a good ten hours. 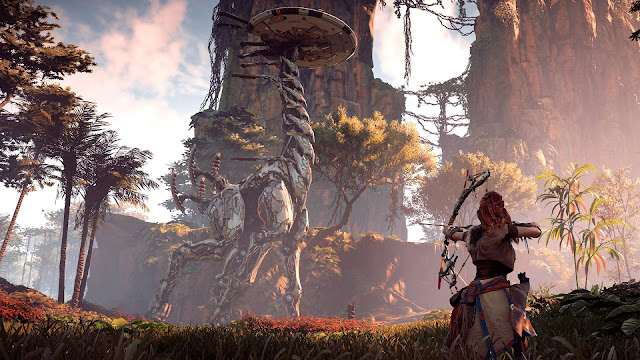 What's new on the horizon?

In order to be completely exhaustive, the PC version also comes with a digital artbook (horizontal format, 52 pages) and several in-game bonus outfits and weapons. But the most important of course remains the technical and visual progress of this version, which no longer really knows any limits in terms of resolution (including in ultrawide for owners of such screens) or framerate. Playing in native 4K and sixty frames per second are now possible, as long as you have the right configuration. The game instantly becomes more beautiful and more pleasant to use. In order to go a little further, the developers also announced that they have improved the dynamic foliage system and the reflections on the water. As for the more general options (antialiasing, ambient occlusion, shadows, textures, etc.) well I can say that the "original" model of the PS4 corresponds to the average settings, while it is now possible to push them both steps above (high and ultra). The combination of these technical improvements and the ever-successful artistic direction results in a result more admirable than ever.

There's one thing I have noticed about the game.  In fact, all the same, that Aloy's face once again seems a little too smooth, even plastic, as was already the case on PS4. A problem all the more astonishing as the faces of certain secondary interlocutors are much more successful. Among the flaws that are not improved by this port, I can also feel disappointed about the French version as well, which unfortunately did not change a tone. To tell the truth, I  suspected that it would be like that, but the English one is great.  In order to put the pécéistes in the pocket, this Complete Edition preferred to bet on the presence of a benchmark tool allowing to check the fluidity of the game, and of an adjustment of the field of view, that the 'we can go from 70 to 100. This option is particularly welcome for a game that tends to bring the camera a little too close to the heroine, especially during infiltration sentences and use of focus. As for the controls, the game has been set up for the PlayStation, Xbox, and Steam controllers, and also allows the keyboard and mouse to be used when playing. Even if we are dealing with a third-person view designed for the console, this last option really worth it because it greatly facilitates archery aiming. So much so that you can easily ignore the skill of slowing downtime.

To summarize: the game is excellent, and plus, the "ultimate" version, combines bonus content, graphics improvements and it plays very well on a PC with these options. In other words, everything's for the best in the best of all possible worlds, right.  However, the PC version still seems extremely capricious. Plus, the loading screen can last for several minutes, I would say a good twenty minutes depending on the component inside your PC.  I  assumed that this is probably a needed phase to calculate all the shaders for better graphics quality, but honestly  it would have been preferable to display at least one explanatory message to make the player wait rather than a screen empty of any information, so you won't think your PC just froze again. But anyway, let's move on because we only have to endure this ordeal once, the following scenes being carried out normally. The real problem is elsewhere: tested on two different machines, my version was systematically unstable. We are talking about good big crashes that try, with immediate return to the Windows desktop and a DirectX 12 error message ... every fifteen minutes! Far too common to be honest, these crashes seem to be mitigated by freezing the framerate at thirty frames per second. In any case, this is the only solution we have found to go from four crashes per hour to one crash every two hours. The final score ignores this issue, as it is typically a "double or nothing" situation. Either you get hit and the game does not even deserve the average (since it can then be almost considered unplayable), or you are not hit and the adventure is really worth the detour. The best is still to wait a few days or a few weeks, just to check the extent of the problem on the forums and, if necessary, to obtain a saving patch. After three and a half years of waiting for the game to arrive on the PC, we can do that little extra effort!

For more information regarding the Horizon Zero Dawn video game, please visit the original website for all details.