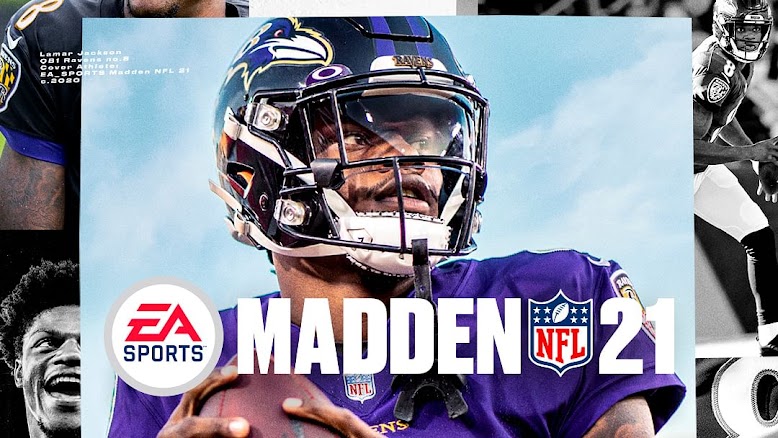 Great sports institutions, whether they are the competitions organizers, clubs or franchises, have clearly not been spared since the beginning of the year. The all-powerful National Football League is an exception, given its 100th season ended with a Super Bowl in February and the Chiefs' victory just before the actual pandemic. Released on August 28, Madden NFL 21 from Electronic Arts marks the comeback of the American football after a long time period without any hitch, and just before the Kickoff that just happened on last September 10. Do not stagnate, evolve. If you follow the logic of the player who embodied the cover of Madden NFL 20, namely the young and talented Patrick Mahomes, this is what should happen for this new version. Yes, but now this time it is the reigning MVP Lamar Jackson, QB of the Baltimore Ravens who has been headlining. The challenge is somehow to swim against the current of recent releases marked EA Sports, to breathe new life into Madden, without competition and being able to afford to remain on its achievements. 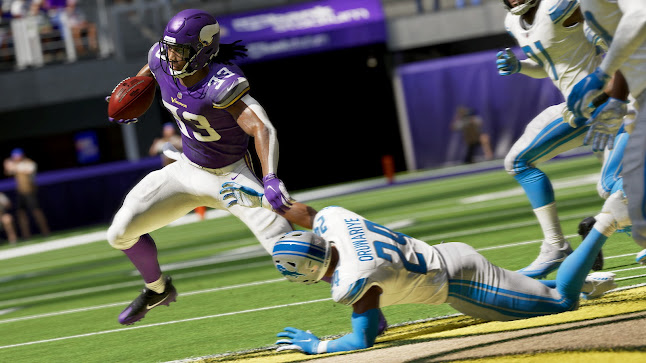 Same Jersey, and the same passion

Proof of its self-sufficiency on this ground, EA Tiburon has not budged an iota by its realization and the incarnation of the American show. Frostbite is still relevant to the graphics engine, enough to faithfully transcribe the faces and animations of players in-game and during cutscenes. On the other hand, the game disappoints at launch on this point with large drops in FPS observed during the pre-match cutscenes and during the celebrations. The rest is classic, with visuals and an immersive TV broadcast effect, just like the sound environment. The licenses are all present except, you will have seen, the Washington Redskins. In the process of changing the identity of its franchise, Washington will see its license be temporarily generic on Madden. On the gameplay side, the X factors are back, as are the Superstars Abilities. Each more or less famous player has one or more X Factors, a takeover that is activated when the player achieves an objective during the match. A very nice idea kept, like all the other gameplay mechanics. It's not really moving, but it's hard to describe it as a big flaw, it's so hard to see how the title can do better. Announced as innovative, the new set of skills did not mark me at all, unlike the contextual information on the opposing defensive line to better take it in by default.

Please note that the playbooks have been updated compared to last season, even if I found the classic patterns that often make the difference (Slants, Mesh, etc.). What to inflate the possibilities in the drives, and improvise with his QB. Speaking of updates, EA remains in the nails for its Madden saga and will offer regular (almost daily) updates on the numbers and comments of the game. On the other hand, and it's starting to weigh on us as big fans of the game. The game is entirely in English (sound and text). I am pretty sure that I will be delighted with the next-gen version (PS5 or Series X) offered in the event of the acquisition of the current-gen title, a model that most sports simulations will follow at the end of the year so I will certainly give you an update on those as well. 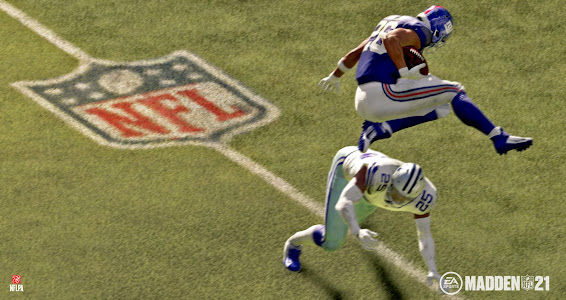 After "QB1: Face to the Franchise", Madden renews its scripted part, called this time ... "Face to the Franchise". Yes, well, but we are far from the reflection carried out with "Longshot", the former successful career of the saga. But after QB1, we could name this new version QB2 due to the context. We embody our character established before launching the game (the latter will also be used in The Yard mode, see below) before arriving at university as a replacement Quarterback (hence the nickname QB2). The latter will forge a fusional relationship with the holder (played by Tye Sheridan,  witch is the main actor of Ready Player One) and will have to face choices that will modify your QB profile, or make you switch to Wide Receiver. As with Madden NFL 20, the post-draft switches the game to Franchise mode without much change. A disappointment like last season, so, especially as the cutscenes are sorely lacking in humanity and technically speaking (lip desynchronization with a shovel and big drops in FPS). I  regret the Longshot. 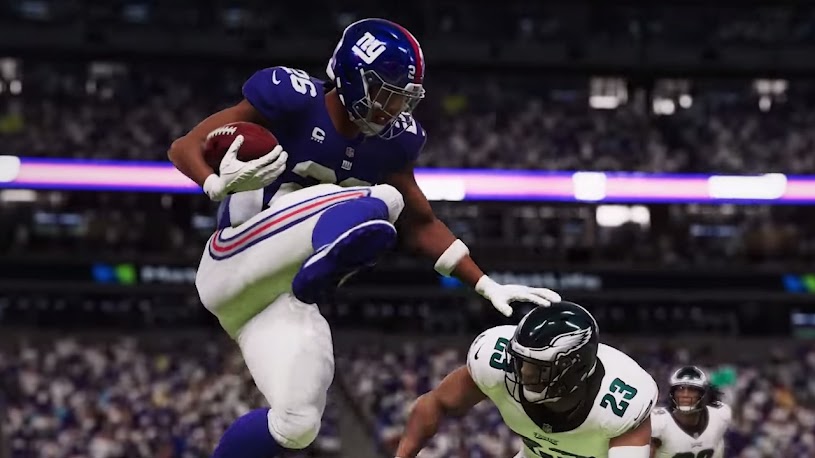 The great novelty of content, therefore, remains The Yard mode, announced as the "Street" leaning of US Football. 6 vs 6 games on reduced grounds (80 yards), up to three players in a co-op like the Superstars KO mode described below, with its personalized player created in the introduction. The concept is very nice on paper and in form, so the freedom of movement is increased and the stadiums sympathetic, but extremely messy and not at the level of the other street modes of EA Sports (VOLTA for FIFA and Ones for NHL). We define a prototype for our player (empowered in relation to their position) but without feeling real in-game changes and getting lost in the countless menus. In addition, even if we can change the cosmetic aspect of his character, the real axis and desire for progress lies solely on his precept. Pity. The Ultimate Team part of the software is certainly very complete (Online Draft, duel against the AI ​​and multi seasons, challenges). But regresses in its readability when entering the mode. The loading times are long and the explanations too obscure to fully understand the essentials of the mini-games and challenges. In summary, in addition to being identical to the last MUT, the 2020 vintage is declining.

Besides The Yard, there is the Superstars KO mode for this iteration. Do not get lost, this is not a novelty, but I had not spoken about it during the test of the previous game and for some good reasons: EA has integrated this part in post-launch for Madden NFL 20, on the occasion of the official seasonal launch. The concept is back, it is also perfect for any sudden death lover. In fact, at 11 against 11 on a dedicated field, but with good dimensions unlike The Yard, the principle is to eliminate your opponents online one by one with dynamic rules (register first a Touchdown for the take out, etc.). Unfortunately, Superstars KO does like its street counterpart The Yard and doesn't go any further in immersion and leaderboards. Madden NL 21 has (a little) tried things, without much success. 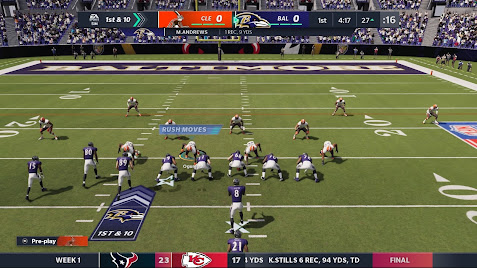 So, in other words, to conclude this post, the new video game certainly offers gameplay that corresponds to current standards of sports sims but is royally crashing on the innovations side. Nothing very new to chew on with the joystick in hand and via the MUT mode, a career scenario without relief, menus that lose in readability, The Yard and Superstars KO modes are not very enchanting. But this is my opinion about the game anyway. On the other hand, Madden NFL 21 offers very solid content with stable online servers. Plus it has a vision that is transcribed slowly with really complete playbooks, updated regularly, and a free upgrade to the next-gen. For more information about the game visit the official EA website for more details.