Spelunky 2: Last Straight Line For Development, With Some Images As A Bonus 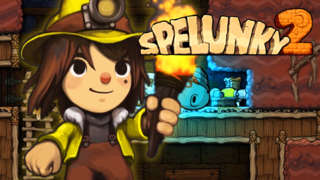 Originally released in 2008 on PC, remade in 2012 on Xbox 360, ported in 2013 on PS4 and PSVita then finally in 2014 on PS4, the first Spelunky had a long life and became a successful title. It must be said that this mining adventure game with caves generated randomly was frankly well done and that the critical and commercial fallout gave ideas to its designer, Derek Yu, for a sequel which will be called: Spelunky 2 Now, I just heard this week that the PlayStation 4 version will also be available  First, Derek Yu confirms that he and his team have worked hard on the graphics, with much more detailed than in fact, you will also be able to found new effects like light or liquids burst witch will definitely energize the game environment. 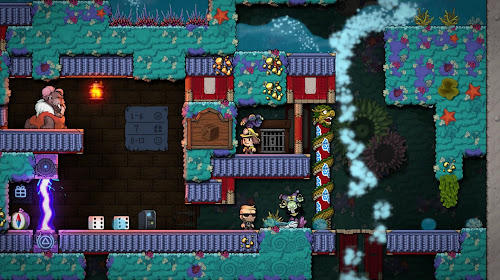 Then, the content of Spelunky - which is based on the choices that players will borrow over the course of their game - will be densified here. There will be new objects, finely thought-out interaction possibilities, and also new characters that will serve as a bonus ... or as a penalty to the hero. Plus, let's mention that the developer declares to have worked extensively on the sound design, and by the way, Spelunky 2 was announced as "much more immersive" than in its predecessor. Each zone will have its own musical theme and "each creature, trap, object, and surface will be associated with a very specific series of sound effects". Finally, the deathmatch mode is also discussed, here revamped to compete with the Adventure mode: in short, the development is progressing very well 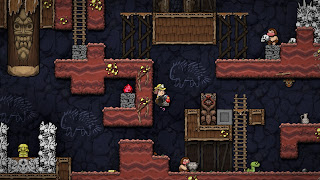 Spelunky 2 took advantage of the State of Play to unveil a brand new trailer for the new sequel of this caving game. As a good rogue-like, the title will always ask us to dig and explore randomly generated environments, but this time the experience will become social. In this brand new game, we will have a local multiplayer, but also an online mode, which will allow us to collaborate with anyone on the planet. Spelunky will be opening its mines to us from September 15 on PS4, knowing that the game will then land on PC. So before the launch, you can still check the following video trailer for all details and where the creator Derek Yu explains everything about this game. Enjoy!