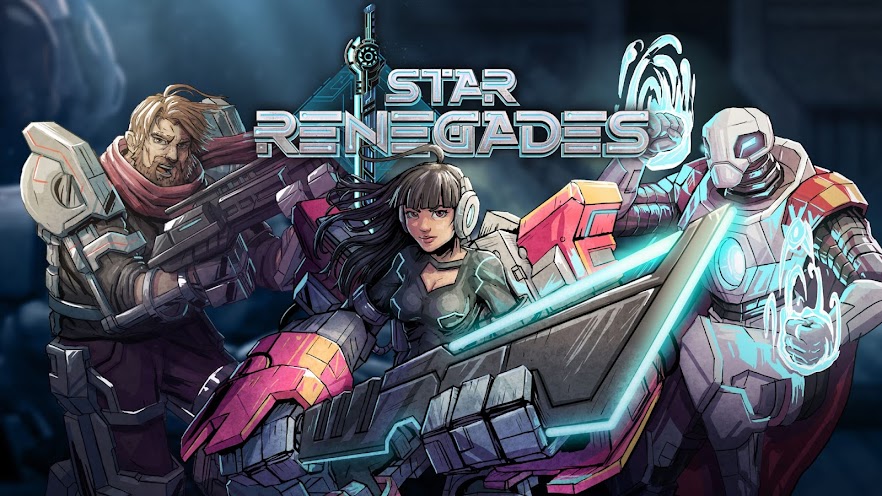 Developed by Massive Damage and published by Raw Fury, Star Renegades caught the eye from its first trailers with a pixel-art DA that featured quality and sometimes original sci-fi environments. This RPG did not, however, ignore its battles by displaying turn-based clashes with a dynamic camera and a strong strategic side. A few years after its announcement, the latter is finally delivering on PC, PlayStation 4, Switch, and Xbox One, and we can finally know if the game is living up to the expectations it has raised. I played Star Renegades on PC via Steam, using a code provided by the publisher. The test was carried out with about twenty hours on the game which allowed us to accumulate several tries on the campaign and go to the end of it for the first time in the meantime. 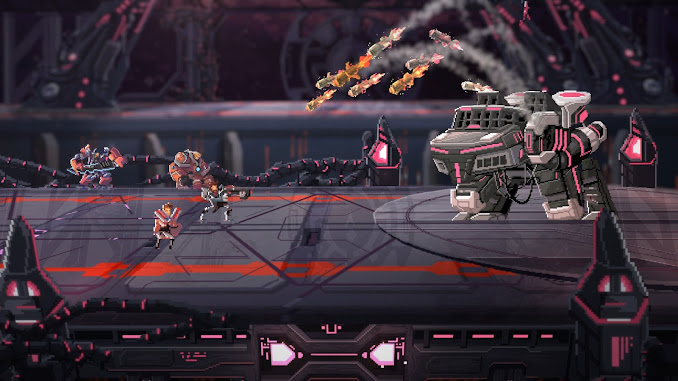 Let's start of course with the strong point of the game. Star Renegades keeps its promises by delivering us here an artistic direction both very well done and rather personal. Whether it is on the planets that we cross, on the images of the characters during the dialogues, or even the animations in combat, it is difficult not to see the quality of the visuals that are delivered to us. Let us return more particularly to the fights. In fact, they appear more lively than ever, especially because of the various animated and visually successful backgrounds. The whole thing is also reinforced by very nice visual effects in combat and by often explosive and exaggerated animations, as well on the protagonists as on the antagonists, in order to give energy to the confrontations. Finally, the camera's shot changes further enhance the action. In short, the visual quality of the title is top-notch and the action is rhythmic making Star Renegades difficult to criticize this point. One would then have thought that this extra work on the character models would result in a less extensive bestiary, but it is not and the title is endowed with a respectable amount of enemies. 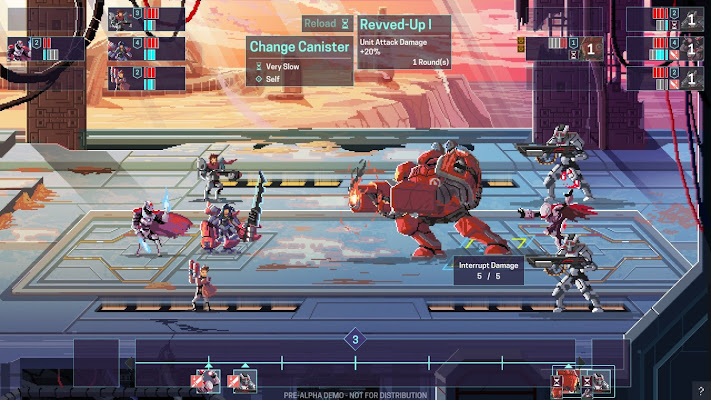 However, fights a little more mixed

As I stated in the previous paragraph, the visual quality of the clashes is no longer to be proven, do they really get flawless? Rather complex in nature, the strategic side of Star Renegades is reflected in the mass of information that the player must analyze in combat. The main mechanic is called the "battle system timeline" which displays the chronological order in which the action of the different characters takes place. In this system, attacking before your opponent is essential because it guarantees a critical hit and, in most cases, delays the enemy's turn, or even cancels it. But that's not all, the fights also present a multitude of state alterations and types of attacks, a health bar, armor and shield specific to each character and with different properties, and finally a fury bar to launch different attacks such as combos that mobilize two characters to attack. These skills are, however, of little use at the moment as they are not powerful enough, but a balancing update is planned for the game's release.

The multitude of these mechanics make the fights complex and strategic and will appeal to veterans of the genre but still hamper the accessibility of the title. Additionally, this complexity is also reflected in the combat interface which is filled with information to the brim, making reading information unpleasant. And this is all the more true when activating the "Inspection" mode in combat. This mode lets you know the attack plans of your enemies, but overlooks the screen of visual indicators in large-scale combat, making it sometimes overwhelming. However, not everything is thrown in this interface. In fact, it has been designed to be "intelligent" by informing, just before entering an action, of the outlets that the latter will have during the round, also taking into account the actions recorded beforehand. While this mechanic remains well thought out and useful to players, I noticed that it cannot be completely trusted 100%. In fact, some parameters are not taken into account by the interface, for example with certain status alterations or the death of an enemy during the turn. However, we would like to be able to rely completely on this system, but we mainly remember the times when this "intelligent" interface misleads the player by showing him the "wrong" course of a turn. Fortunately, once all these shortcomings have been mastered and understood, it is possible to know when to rely on this system. 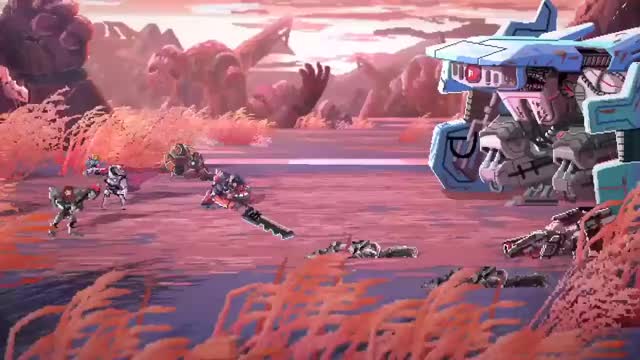 A title that is strategic

Without once again touching on the complexity of combat, the strategic aspect of Star Renegades comes to intervene on several levels. Obviously, the main goal of the game is to keep your squad safe and sound until the end of the game. To do this, you will have to browse 3 maps in an ingenious way in order to collect the most money, experience, and more bonus to strengthen your team. However, choices will be imposed, the maps are divided into zones and it is only possible to explore 3 zones per day, for a total of 9 zones since each mission is established over 3 days. Each then concludes with the appearance of a powerful boss. The game requires the player to plan his route according to the bonuses granted on each zone: bonus of XP, armor, shield, credit, especially as some of these zones will no longer be accessible from the second or third day. You should also be careful, as your team's armor and health gauges do not renew between fights. Finally, the camping phases that take place at the end of the day make it possible to heal or give bonuses to characters by increasing their relationship gauges. In short, every part of Star Renegades requires a lot of thought about many aspects of the game, and it is obvious that such learning does not end on the first try.

But it's this part of the gameplay that makes Star Renegades addicting. Each game allows you to learn from these mistakes and do better the next time, and you have a real sense of progress when some previously tough challenges become much easier with experience. The only regret I might have on this topic is for one of the title’s flagship mechanics: The Imperial. This system informs us of movements in the ranks of enemies by showing possible promotions or deaths of one or more generals of the Imperium. This game system, however, struggles to find any real relevance and remains quite anecdotal during each game. 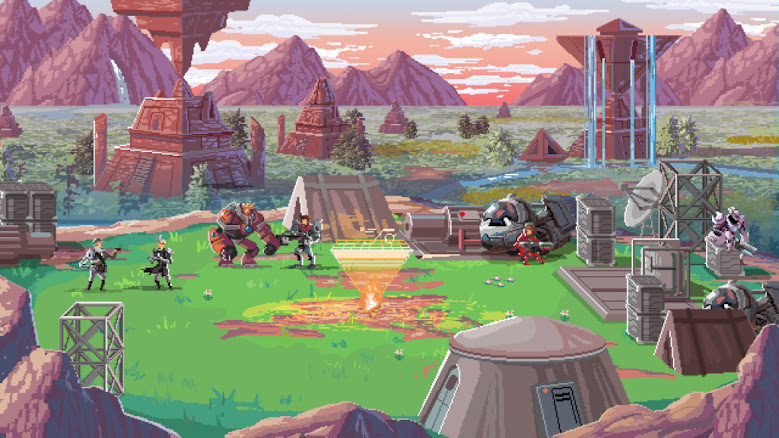 Like any good rogue-lite, Star Renegades also displays procedurally generated elements. Visiting each planet is then the opportunity to discover one of the cards in the game. Since each of these cards is chosen from a selection, we obviously end up falling back on the same after a certain number of games. However, we never tire of these, and as said before each card is divided into several areas that will host different challenges each time. The rather repetitive aspect of this kind of game is rather well avoided with the exploration of maps, camping, and combat phases all intertwined well. Additionally, each game is an opportunity to try and build a strong new team among the thirteen different classes in the game which all display some complementarities with each other, although one or two characters may appear a bit below the standards. alternative.

Endgame also has the merit of offering different rewards to players, thanks to the use of coins collected during each game session. This moment is then the opportunity to unlock new renegades, new traits during the selection. characters or apply a permanent bonus in the next game. However, except for the purchase of new Renegade classes, the other rewards are not really interesting and do not really fuel the desire to restart a game. This is a great shame because, with parts that can reach 3-4 hours of lifespan, the presence of really interesting secondary lenses would have been more than welcome. The title's second wind is more about taking on the game's most demanding difficulty settings rather than unlocking all the upgrades available. 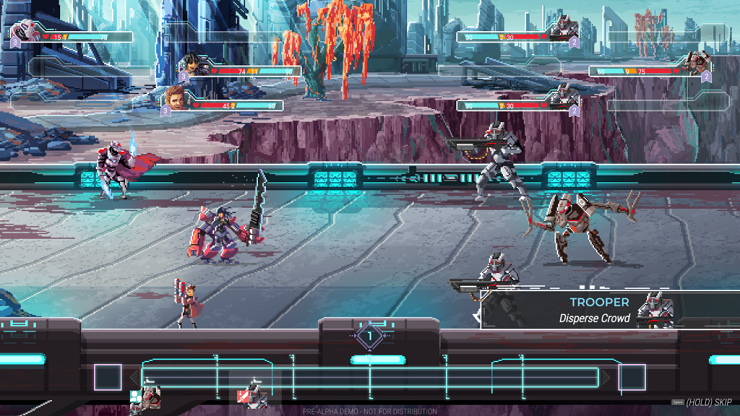 If Star Renegades takes us into a reality threatened by a new enemy, this brand new title does not hesitate to shed more light on its history through information snippets that can be found here and there. The renegades thus have their share of history to tell during the campfires where it is possible to develop the relationship between two characters. A few new places on the different planets and the character descriptions also allow you to learn a little more about the game itself. However, this information remains rather succinct and above all allows us to highlight the omnipresent humor of the game that remains pleasant enough without being heavy. It would have been preferable, however, to prevent certain texts, outside of campfires, from being shared between several characters. Finally, if Star Renegades gives a rather serious context to its story and displays a strong enough contrast with its very displayed humor, we would have liked the effort of the game to present its universe through a few texts to be more in-depth and sometimes made less diverted. 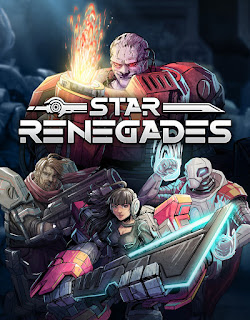 Star Renegades offers a good experience for anyone fond of turn-based RPG who is looking to embark on a complex and strategic game. The two big flaws that can be blamed on the title are its combat interface and the lack of interest in the persistent improvements that can be unlocked between games. However, apart from that, the fighting has a good feeling and the overall game experience is really satisfying featuring sublime art direction, fun strategy, and fun classes to play. So make sure you visit the game official website to obtain more details about it. Thank you for reading my Star Renegades review, I will see you later.