Surgeon Simulator 2 Review - Crazy Surgery At Its Best For PC 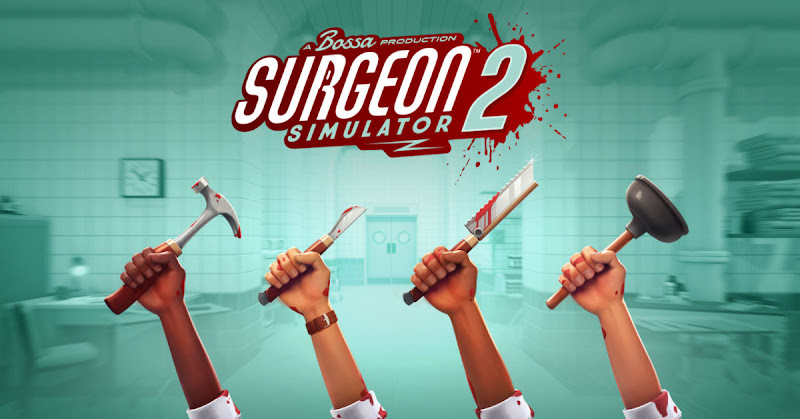 Since the arrival of the simulator's emergence of all kinds, the first Surgeon Simulator had called for its very free approach to surgery and especially its fun side, embodied by demanding gameplay conducive to all possible excesses. Seven years later, Bossa Studios has changed its approach to emphasize cooperation, without forgetting the fun side. A transition for the better? We answer you in this video game review. So let's start our journey into the world of Surgeon Simulator 2.

The changes to the Surgeon Simulator formula are obvious from the first minutes. The camera is no longer fixed and centered on the surging table. In fact, you are able to move the camera freely and it is even possible to walk around the levels which are sometimes quite large. A necessary step for Bossa Studios to open its game to multiplayer (the main campaign can be browsed for up to four players online and a whole interface is used to create and share the levels of the community - I will detail this point a little below) . But which also allows the title to leave the label "funny little experience" behind it to claim that of a "complete game where you spend several hours". And as much to say it: the bet is largely won. 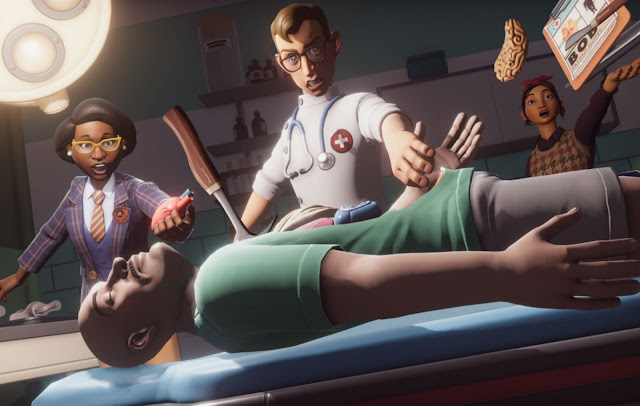 First of all Surgeon Simulator 2: Totally Crazy Surgery at its Best, because Surgeon Simulator 2 offers several modes to twist its gameplay loop in all directions. Starting with its main campaign because yes, there is. You are one of the first to try the Surgeon Simulator program, which aims to train the best surgeons of tomorrow. But you quickly realize that something is wrong (beyond the doors that unlock with an organ or a limb). So it will be necessary to unravel the stories that tore the founders of the program. Let’s not be afraid of the words, the storyline of Surgeon Simulator 2 serves as an excuse to immerse you in some crazy situations, however, I think that’s not unnecessary. For example, we can cite rather well-written dialogues, which pleasantly punctuate your most wacky surgeries. And it's also a good excuse to bring about some welcome changes in mood. All in all, the Surgeon Simulator campaign is well-paced and will keep you busy for six to eight hours. Knowing that along with elements related to the scenario, the situations vary, and the difficulty increases. And it works well. 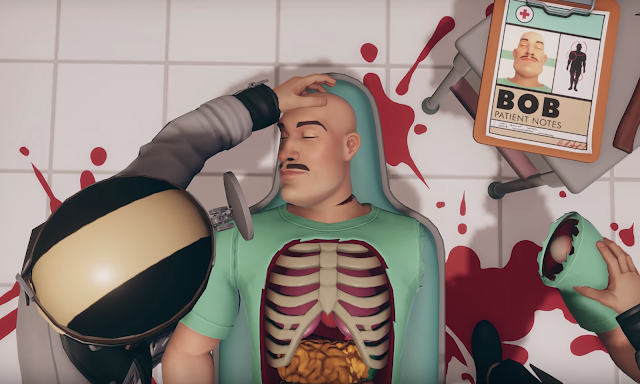 I said in the preamble earlier, the Surgeon Simulator formula has changed a lot since the first episode. Its mainly because it is overlaid with surgical operations, the levels are now filled with little puzzles and strolls in the corridors of the laboratory. The result is a rather tortuous level design - sometimes a little too much elsewhere - where you have to activate mechanisms to find the right items and treat your patient. And where it will be necessary above all to observe carefully: open drawers and use the physics of the title to achieve your ends, all giving a side “treasure hunt” which works very well in multiplayer. But this coating is “only there” to give a substance to the main element of Surgeon Simulator: the surgeries. As part of the main campaign, it is the death or survival of your patient that will determine the success or the survival of your patient. the failure of a mission. Your objective: is to replace the organs and limbs of the patient without his blood level reaches zero. To achieve this, a whole battery of accessories is at your disposal (the number of tool availability depends on the goodwill of each level): the red and yellow syringes, which respectively fill the patient's veins and stop excessive hemoglobin leakage, followed by all the tools of a good surgeon: scalpel, hammer and saw.

The good thing about the main campaign is that it varies situations so that the player can make better and better use of the resources available. Because not all actions have the same impact on the blood level. At first, with many red syringes around, you will have the reflex to remove the limbs with your bare hands (which causes a great loss of hemoglobin) and dirty it up with a leg lying there. But when the famous punctures are lacking, it will be necessary to use the tools, less dangerous for the patient, and often to stop the leakage of the liquid with a yellow syringe. We then discover a depth of play that we did not initially suspect. 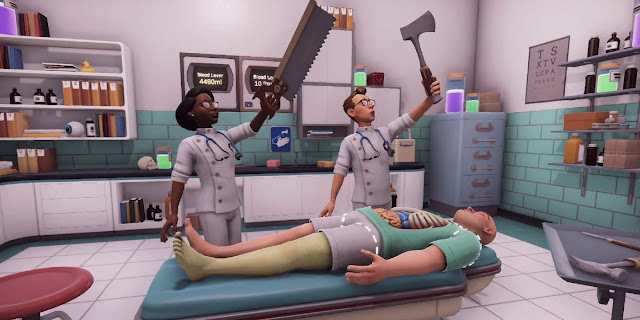 It's all about physics

Well in a nutshell, Surgeon Simulator 2 is exciting and surprising in more ways than one and only. But the big picture wouldn't be complete without the game's special gameplay. It should first said that unlike the first episode, it is no longer possible to move the character's fingers individually. The left mouse button is now used to grab any object (all animated by a nice physical engine) and the right mouse button allows you to orient the wrist in the desired direction. Finally, you must press the "Shift" key to move your hand forward or backward (the controller is not yet supported). The gameplay of the title will take some time for your adaptation. And even after a few hours and even if you know how to master the character, it will sometimes take a few tries, in fact this could take several times before you grab an object lodged in a corner. But approximation is also part of the experience, and this is one of the reasons why the game shines so well in multiplayer, the lack of precision can create some crazy situations, but that's ok. There are some frustrating moments to be expected, especially when an object does not hold up after several tries. 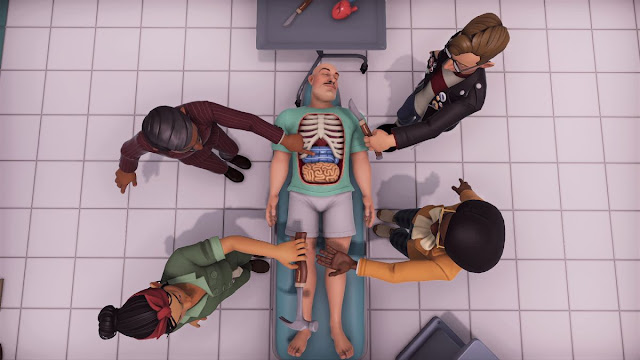 But that's not all! In addition to its cool campaign, Surgeon Simulator 2 comes with a very comprehensive level editor, which Bossa Studios used to create the main levels. That means you will be able to do anything and everything with the resources of the game, from visuals to the most cutting-edge mechanics. Your creations can then be shared and after a little verification made by the developers, and then it will be directly playable by the community. Surgeon Simulator 2: Totally Crazy Surgery at its Best These levels will be the ones that start when you press the “Quick Game” button in multiplayer. It is also an opportunity to gain experience and complete challenges, the game running on a seasonal system with rewards as well. This will allow you to customize your character to your liking. Enough to immerse yourself a little more in the atmosphere of Surgeon Simulator 2, whose soundtrack and graphics are also perfectly in tune.

It's hard to find cons with Surgeon Simulator 2. With this second episode, Bossa Studios was able to flesh out the basic formula with puzzles and a tortuous level design while opening the experience up to four players online. And it works very well: the main campaign, which lasts between six and eight hours, brings great changes of situations both in terms of atmosphere and gameplay. The progress of the title can become more and more complex, encouraging the player to rethink his way of approaching operations after a few hours. The game system then appears in a new light, and multiplayer also offers another way to enjoy the title. In addition to its gameplay and its controlled campaign, Surgeon Simulator 2 arrives with a very complete and clear level editor, which will come to delight those in need of crazy operations. All at the heart of an online dimension where everyone can share their creations. In short, despite some concerns about precision and frustrating moments because of the physics, the title is all good: it's well done, fun and terribly catchy.

Learn more about Surgeon Simulator 2 here. or check out the video trailer below for a glimpse of that video game. Enjoy!