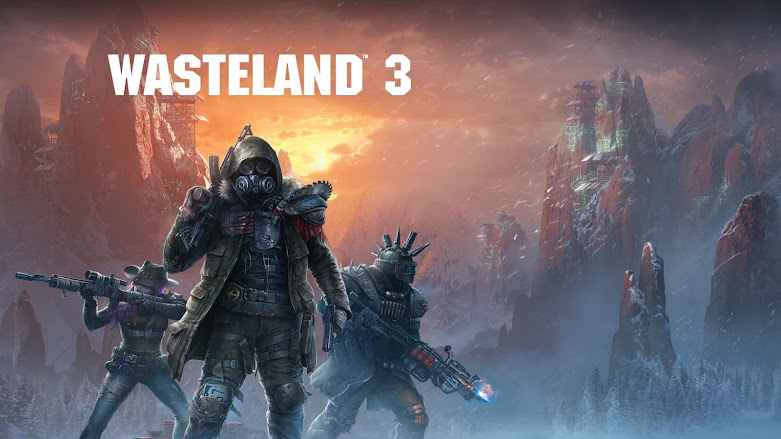 In this game, we are in the 22nd century, and Hell has frozen over - at least if Colorado is Hell to you. This is clearly the case in Wasteland 3: Colorado Springs escaped the nuclear holocaust that started Wasteland's story, but a lingering nuclear winter covers the entire state under its yoke. Radiation leaks through deep valleys. Killer clowns ravage the eastern plains. A cult of Ronald Reagan controls Colorado's oil reserves. It's a setting that clearly doesn't lack personality for this long and often difficult Isometric RPG, which does better than Wasteland 2 on almost every level. If you prefer snowy post-apocalyptic landscapes rather than sandy ones, rest assured: you don't have to play stuffy and dusty Wasteland 2 to understand what's going on in this sequel. You play as a duo of the Arizona Desert Rangers, a half-western, half-SF militia whose base was destroyed at the end of Wasteland 2. The Rangers head to Colorado after a local leader proposes the Arizona's life-saving aid in return for some service in its territory, but the mission goes into a spin when nearly all of the Ranger Company is ambushed. You play the only two survivors, which is quite a disadvantage to accomplish your mission.

Then the story can go in a whole bunch of directions. Wasteland 3 does a great job when it comes to tying big consequences to pretty much all of your choices, and it set me up for 60 hours of that kind of decision from the first few minutes. If for example, you convince a hostage-taker to let a Ranger go, she will run away and warn her friends, who will trap and kill other innocent people. Attack her and she'll kill the Ranger, making less rookie for your party, but you won't have an ambush to deal with later. And that's just a little taste of the choices to be made. 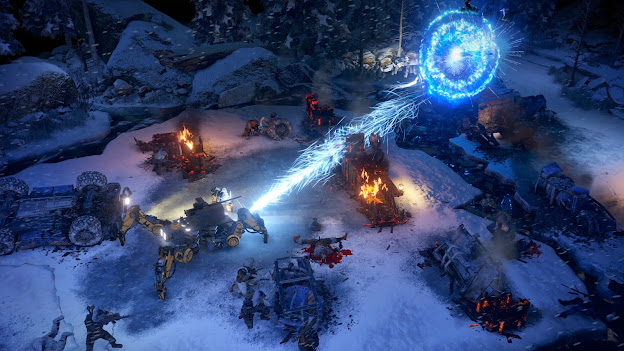 Wasteland 3 does a great job of tying important consequences to pretty much all of your choices.

Later on, Wasteland 3 forced me to decide between saving an attacked family or saving a law enforcement convoy carrying power armor for the Marshal's faction. I chose the armor but ended up exploring the gutted ruins of the family's home to remind myself that all decisions have consequences. Power armor gives a good reputation bonus, but I've always regretted my decision after hearing one of the Marshals say "These refugees aren't going to strike on their own." These are never easy choices, either, because everyone you will meet in this game turns out to be more or less good people. They show themselves well enough written that I often wonder what kind and degree of crap I can tolerate, and it's remarkably difficult to avoid being corrupted by the dirty atmosphere unfolding before your eyes. To top it off, I like that you rarely see the effects of your choices quickly, it's often long after you've gone through the key save used to change your mind for a long time. Some consequences don't show until the end of the game and the wide variety of endings for Wasteland 3. It simply becomes impossible to "complete" the different factions. (and while it was possible, the ridiculously long load times even on my SSD made me think twice about reverting to a previous backup).

Sometimes the consequences took me by surprise, for example when I returned to a faction that I liked only to find them slaughtered after a cookie-cutter decision I had made. These moments can be depressing, especially since Wasteland 3 is graphically much more beautiful than its predecessors. This is all more true on the general map where the Kodiak witch is basically a heavily armed armored vehicle than can makes its way through the icy wasteland between towns. Sometimes the characters are entitled to an animated close-up, which highlights their personalities much better than in isometric perspective. The fully voiced dialogue implies that they sound better too, and that leads to some weird, memorable moments like when you meet the “Scottish” mechanic who learned his accent from watching a Braveheart tape.

The allegory of American politics sometimes seems a little too topical.

A joke that remains funny and simple compared to Wasteland 3 in general and its humor as creaky as it is bloody, all wrapped up in an allegory of modern American politics on fascism, refugees, and police brutality which sometimes seems a little too much topical. Deer explode in a pool of blood when you run them over with your Kodiak, and once I found an old copy of Oliver North's "Under Fire" book with "something slimy" dried on the pages. I chatted with a male prostitute named Jack Off Hearts and heard a confession of erectile dysfunction while visiting Colorado Springs. I'm saying that in case, you know, you thought Wasteland 3 was good for kids. These colorful interactions all come from the NPCs you meet, as the two surviving Rangers have no other personalities than the ones you create for them in your mind. There are pre-established character pairs to draw from, like the punk lovers or the father/daughter duet, that give the false impression that their relationships could have a real impact on the story. For the most part, these pairs are just as generic as the custom characters you will make, which is recommended as you can start with "talents" offering big bonuses to one stat at the cost of others.

Why two Rangers rather than one? The idea is that you can play Wasteland 3 co-op online if you want, although I didn't have a chance to try it out during my 55-hour game. It sounds deliciously bonkers, though, since each player can make decisions without the other, which could have the nasty side effect of making two factions hostile instead of one. 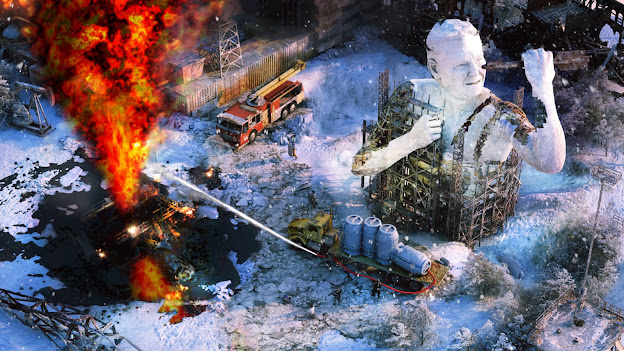 Having two Rangers on hand all the time also gives you some headroom for skills, as Wasteland 3 relies on teams of 6 people. It's always better to keep a team balanced rather than specializing them all identically, especially as many quests offer alternate resolution methods (or at least a perk before combat begins.) Controlling a character with the "Tough" perk for example can help you avoid combat with a few well-placed threats. "Ass-lick"? You can get away with doing a bow. Is one of you an explosives expert? You will have less to worry about mines. However, the options are so numerous that I often refrained from spending my points when I was going through levels just to have a little extra when needed on a minimum required. It also made me cautious when switching vets for new recruits after investing a ton of points in my squad. With the right skills, Wasteland 3 even lets you recruit animals to your cause, from the old alley cat to the robot chicken, and a few normally uncontrollable NPCs can join you as well. These guys are usually welcome because they hurt, but they also love to run straight into danger since you can't control them. I lost a pretty good one in particular, when it got in the path of a rocket I had planned to fire, and I hated having to convince myself that the sacrifice was worth it not to reload my game. 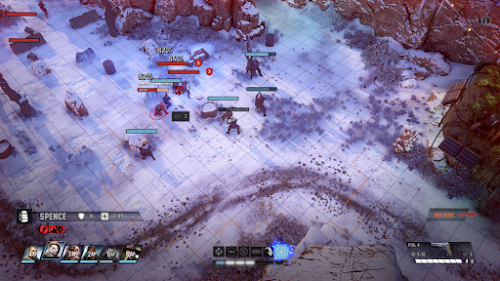 You can use your bullies when it matters most

At first glance, Wasteland 3's turn-based combat looks a lot like Wasteland 2 (or XCOM's for example), and the importance of action points and the backhand grip doesn't change much. the current standard for tactical RPGs. A few changes still make it a lot more satisfying this time around. For starters, the key difference is that enemies and allies each take turns as a team. Within the team, you can decide the order of action to shoot and switch from one character to another by dividing his actions. It can be brutally punitive if you haven't taken all of your members into cover before the fight begins and the entire enemy team can let off steam for free, but it also means you can use your bullies when it counts the most. Environmental interaction also plays a big part this time around, whether it's blasting barrels or strafing with the big gun mounted on the Kodiak. It's especially satisfying to pull out a precision attack after filling up an attack gauge in a few normal clash rounds, as those can really be a game-changer in a badly barred fight.

There are a lot of bad-headed fights. Wasteland 3 is as twisted as its Rangers, it loves to put you in impossible situations with very little access to covers. The game rewards thinking though, like when you're looking for terminals to deactivate deadly weapons, or when you don't forget to bring back a few deployable turrets to protect yourself. Cool weapons add spice too, like the Frozen Ferret Launcher (which does just that). Finally, it's relatively easy to bring the characters back to life on the ground, so full-blown killings haven't been so frequent as I feared when I learned the ropes of combat. And when I needed a health boost in action, the new shared inventory helped me find my happiness. 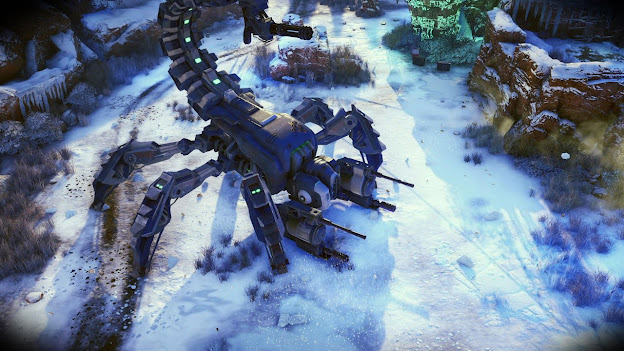 The Frozen Ferret Launcher does exactly what the name suggests.

Coupled with the humor and personality of Wasteland 3, these changes help keep combat interesting, and that's a good thing because there is a bunch of them. Developer by InXile Entertainment, that 80 hours of gameplay is to be expected, and that's close to my own experience. My main problem with Wasteland 3 is more about the interface and, to a lesser extent, performance. It clearly doesn't have as many bugs as its predecessors, but sometimes I found myself having to start over because the "end of round" button didn't work. Oddly, the framerate tended to drop when the excellent yet entertaining folk songs got into the big battles. The map has been consistently unpleasant since you cannot click on a point on the map to move the camera there and then right click to travel. Instead, you have to manipulate the camera to center it on the location. It's rather infuriating in cities like Colorado Springs and on already completed maps where no new surprises await. But there might be a reason behind it. Surprises sometimes seem to lurk behind every snowy nook in Wasteland 3, from a simple healing stash to new NPCs popping up in your HQ. It's a world that invites exploration, and the rewards, like bits of frozen bread that lead to massive new chunks of an already huge story. 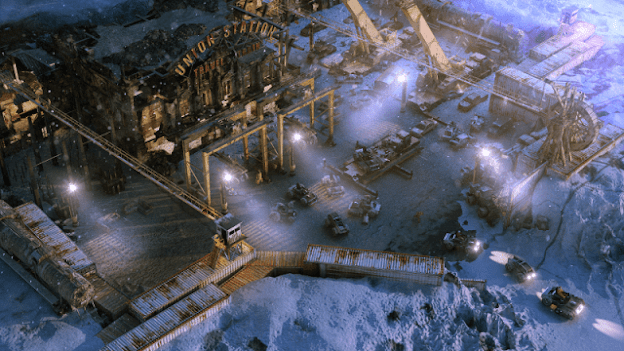 Wasteland 3 doesn't evolve its tactical RPG formula too much, but the awe-inspiring freedom of choice, dark, squeaky humor and satisfying combat make it one of the genre's most memorable new releases to date. It's a huge world filled with over 60 hours of first-party content, so there's plenty to do. It's a shame that Wasteland 3 didn't come out in winter, I had a few companions in mind to share this snow. For more information, you can visit the official website for more details about the game.