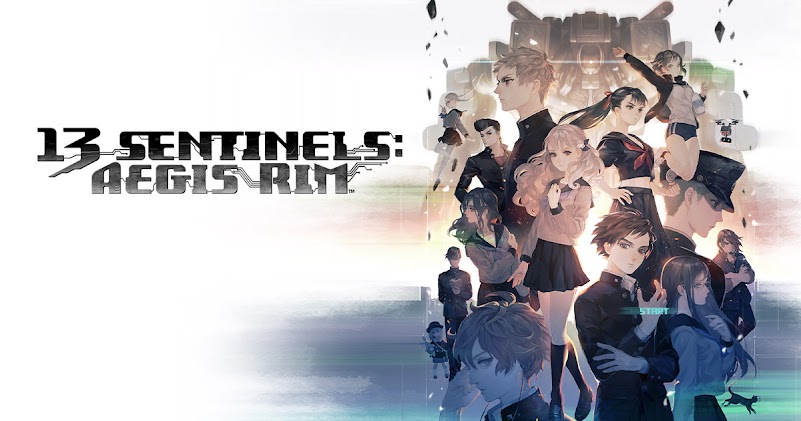 Vanillaware's first real new game since Dragon's Crown, 13 Sentinels: Aegis Rim has therefore taken no less than six years to reach us on this side of the Atlantic ocean. Despite day one sales below the developer's record, positive word-of-mouth in Japan ended up causing stockouts and pushing the title up into Famitsu's top 30, an extremely rare occurrence for a PlayStation game. . Suffice to say that even in science fiction, the talent of the Osaka firm is intact. The plot of 13 Sentinels Aegis Rim is so colossal that we hardly know where to start, or really where to end. As the title suggests, you follow the evolution of 13 characters confronted with an invasion of mad machines, suddenly appearing in Tokyo during the year 1985. These young men and girls call upon enormous robots, the kihei, in the fight for the preservation of humanity. This is very schematically what the prologue says, but it's actually much more complicated than that! The title is divided into two very distinct parts: a story mode which concentrates most of the scenario, and a combat part for the RPG / strategy side. 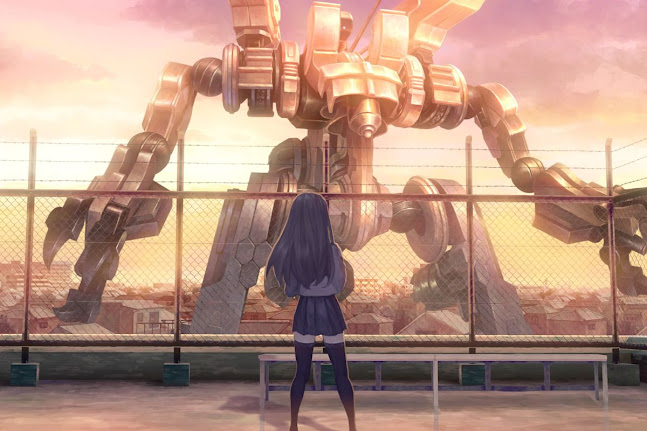 The Lifting Of Machines

The first remarkable thing in the construction of the title of Vanillaware is the great freedom granted in its progress. The player can switch whenever he wants from the narrative part to the combat part, or to explore the many secrets of the game in the encyclopedia. In the story section itself, you can choose the characters in the order you want, knowing that if everyone has their own destiny, it is intimately linked to each other. Sometimes, it will be necessary to reach a certain percentage in the history of one and another to continue. That being said, the title is totally non-linear and it's particularly nice where you'll be able to switch from one to the other as we feel. Graphically, Vanillaware does not change its habits and remains on a very artistic 2D. The rendering, close to hand drawing, gives a particular tone to urban environments and characters, whose animations are simple but funny. 13 Sentinels Aegis Rim has an undeniable retro charm reminiscent of the years where the first PlayStation became famous. There is gameplay specific to these narrative phases. The player directs the chosen character in 2D screens through a multitude of small scenes of a few minutes. The thing is, you have to find the following scene (s) by collecting keywords through the dialogues. So there is a bit of puzzle-type gameplay inside the narrative puzzle represented by the thirteen choice trees in this part, the interest being to find all the elements. A scene can have one, two, three, or four suites which are as many future parallels forming a whole as dense as it is complex. Each of the thirteen characters goes through several stages in the denouement.
It's hard to do 13 Sentinels Aegis Rim's narrative justice without going into detail, but we'll be careful. The story begins in 1985 but it actually takes place over several eras: earlier in the 20th century but also far, far into the future. All the heroes present in 1985 are not all from that time and this has a lot of implications, like the soldiers of 1945 discovering the history of the country a posteriori, the agents of the future trying to change the course of humanity by interfering with the "present", or quite simply the young people of 1985 discovering the horror of a robotic society where man has failed. The set is exceedingly well written and has splendid cinematic references, notably "the extra-terrestrial" BJ, as adorable as that of Spielberg. It is impossible not to be moved by progressing in the adventure, which literally pours surprises, mysteries, reversals of situation, (apparent) contradictions, heartbreaking passages, unexpected actors, and which, in the end, goes much more far than the "simple" time travel. There is Matrix and NieR Automata in 13 Sentinels Aegis Rim, so deep are the layers of the scenario. Each era has its own questions and the game remains very vague on the sequence of events: until the end, the player seeks the origin of the evils of humanity through the plethora of tracks dropped here and there. You have to see the scenario as a huge enigma where it is solved little by little but which keeps a lot of replayability if you want to understand the smallest details. Let us also point out the rather effective sound environment, with background music that contributes well to the atmosphere and Japanese dubbing once again delectable. The music in combat, although varied, is however much more erased. 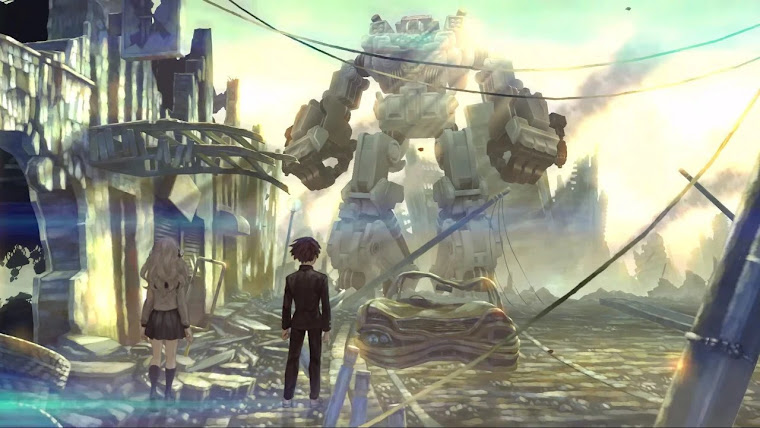 The World War in Minima

The fighting is precisely the rather questionable point of 13 Sentinels Aegis Rim. Vanillaware has opted for semi-real-time tactical gameplay: you choose six characters from the thirteen (each of which has a dedicated robot type) to fight against the hordes of Daimos (name of the creatures in the game) that arrive continuously, the goal being to defend the computer terminal in the area for two minutes. It seems short like that, but it's actually very tight: time stops at each turn of one of the characters to let you decide the best action to take, but between two turns there are waves of enemies. , rains of missiles pouring down towards the base! It is so strongly discouraged to play the clock, especially in the difficult mode where the creatures are particularly robust. Mechas also take damage very quickly if they are too exposed, and knowing that the death of a single character is synonymous with defeat, you must be careful and mobile in its deployment. 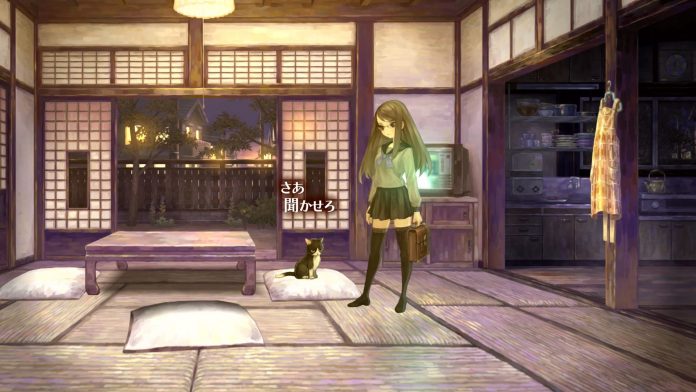 The big disappointment of this mode is that it is graphically incredibly austere. Your units are tiny, lost triangles on an extremely schematic map, and enemies are represented by abstract icons, to say the least. Looks more like a wargame simulator than a real strategic RPG. Result of the races, it is very difficult to distinguish the type of unit which attacks you, but also to locate your own forces. This somewhat outdated readability is all the more regrettable as beyond that, the gameplay remains effective and fun. There are four generations of robots which each have their specificities and a different tactical advantage: the first generation is ultra-efficient in "melee" with its steel points, the second is more defensive with the ability to deploy turrets and decoys, the third is effective at long range, and the fourth takes advantage of its mobility since they are the only flying devices. It may not be very beautiful, but it is totally enjoyable to atomize dozens and dozens of targets at once, in an explosion of numbers on the screen so violent is the annihilation. Each generation of mecha carries very different weapons with very different effects. For example, the railgun, overpowered but rectilinear, is the dream weapon to sweep the terrestrial Daimos which advances in the avenues. Also, the owner of the aforementioned railgun, the third generation (by far the most exciting to play) also has as ultimate weapons the Hunter missile or the Rain of Missiles which produce a real fireworks display!
But 13 Sentinels Aegis Rim is in fact, an RPG and has meticulous micro-management with it. Battles like adventure mode produce meta chips that can be used in the prep menu to strengthen your heroes. Each kihei of each character is fully customizable: you can improve resistance, attack, speed, and EP (energy required to use weaponry). The mechas equipment, which can be unlocked and improved via meta chips, has a certain level of efficiency that the player will increase throughout the game. We can also unlock very useful passive abilities specific to each character. For example, Ryôko can deploy two turrets at the same time after acquiring the unique skill of his 2nd generation machine. Likewise, pilots have personal talents that add up as they level up. We can thus build up a very powerful team of "holders" at the end of the game. Finally, the base terminal (the very one that the player is defending) must be reinforced by large amounts of meta chips since it conditions the 'obtaining ultimate weapons. He can also be instructed (up to three per fight) to support allies in various ways, or to repair himself, which is by far the most useful action. 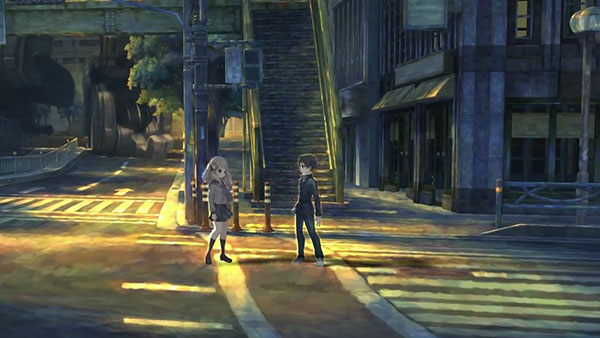 With this 13 Sentinels Aegis Rim repeatedly rejected, Vanillare took the time to build a tactical RPG different, even unique by its narrative qualities and its gameplay. The story has impressive ramifications, the lore is fascinating, the progression system is original and again surprises me. The visual charm operates in adventure mode, less in combat, but these nevertheless remain strategically rich and let off steam thanks to an efficient game architecture. For more information about the game, please go and check out the official website for more details.
By The8BitGen on October 01, 2020