Clubhouse Games: 51 Worldwide Classics: Games Review from all over your Switch! 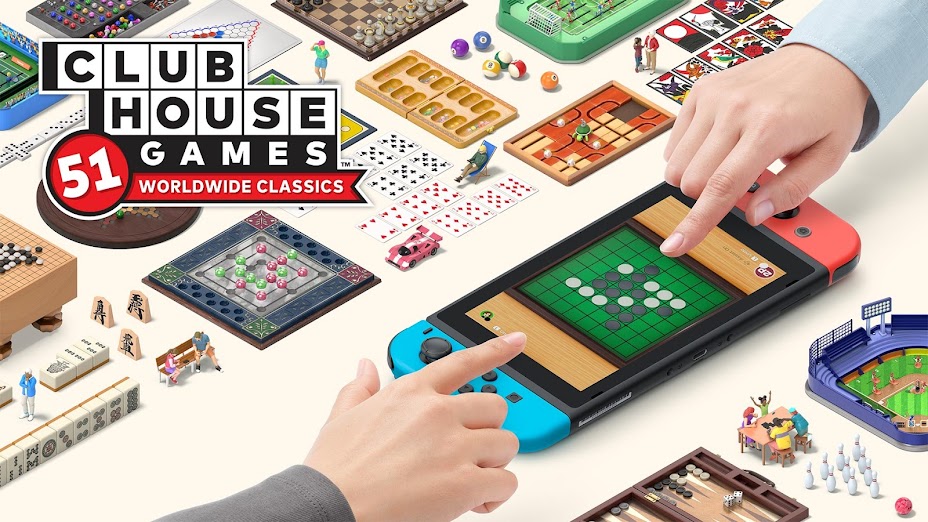 It is often forgotten that games are part of human history. In fact, humans having a need for entertainment, they have invented a variety of games over the millennia. Thus, each culture has its games, some aimed at pure and simple entertainment, and others putting our brainpower more to use. This is the big idea behind Clubhouse Games: 51 Worldwide Classics, the second game in this franchise which aims to introduce you to more than fifty games from around the world in a digital format that is as enjoyable as it is accessible! 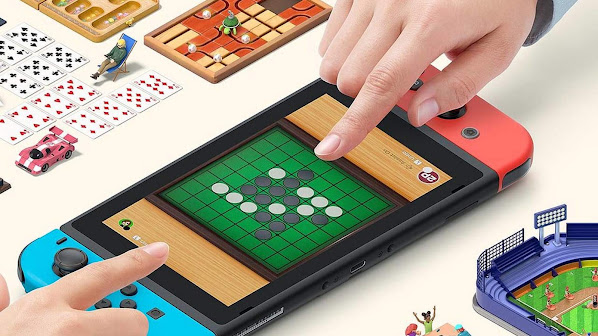 As its name suggests, 51 Worldwide Classics offers no less than 51 games that have marked the different cultures of the world, from Otello to Checkers, including Chess and Solitaire. You will travel around the world to discover all these hobbies, the developers wanted to introduce you to these dozens of games, regardless of your knowledge of them. This is also one of the pleasures of the second installment of the Clubhouse Games franchise: to have the rules of games known in other countries explained to them and then to learn to play them in order to improve themselves alone or with others. 'other players. Although I had a soft spot for card games, I must say that the selection of games surprised and greatly pleased me. Now, of course, we can raise some oversights of extremely popular games that were nevertheless included in the Nintendo DS version of Clubhouse Games (including the Go), but it is a safe bet that with games like The President, Solitaire, Spider -Solitaire, Chess, Checkers, Chinese Checkers, Otello, Backgammon, Hex, and Mancala, you will find more than one game to entertain you for a good time! 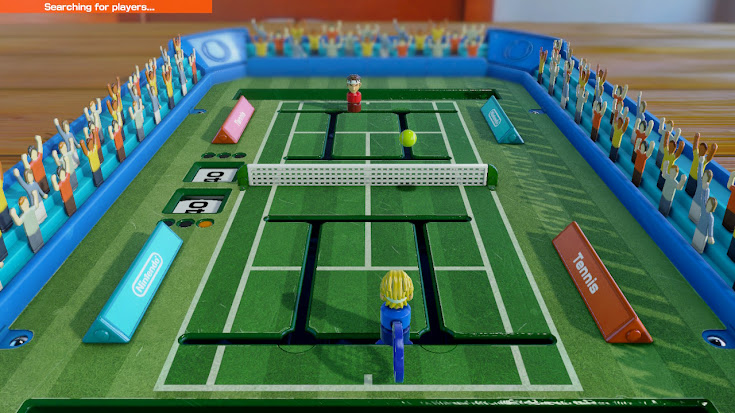 Although it might seem like there are only table and puzzle games, the developers have still considered including games a little more sporty, in order to further diversify the experience. So while billiards and darts are making a comeback, games such as bowling, miniature car racing, and even volleyball have been incorporated. You can play it with different types of controls, including motion detection using the Joy-Con. However, it often happens that these controls are imprecise, making certain maneuvers frustrating. If you can, play as many games as possible with a controller, or even without motion detection, you will be more satisfied. Nintendo also incorporated miniature versions as well as popular sports toys. You will also find Air-Hockey (the realism of which is surprising), tennis, golf, table football, and baseball. Each of these is a heavily scaled-down version of its real counterpart, with the developers really keen to make it as easy as possible so that you can play it without breaking your head. For a few games, this slightly sportier offer is correct. However, rather quickly, you get tired of it and go back to table games. Although I enjoyed my games of tennis or golf, in the long run, they were not as fun as a good old game of Backgammon or President! 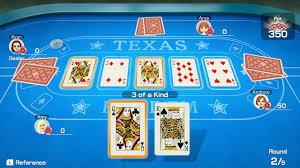 An improved presentation despite an annoying sound

The Nintendo DS version of Clubhouse Games was just basic, to say the least. You were presented with a selection of games, then you had to decide which one you wanted to play. Fortunately, the Nintendo Switch edition has been enhanced to make the whole thing warmer. So, in addition to being entitled to this selection of 51 games in rows or even horizontally, you can also rotate a globe and select a game according to its country of origin. In addition, on this same globe, you will see small statuettes appearing representing both built-in guides by developers as well as other players if you are logged in online. This will allow you to see where fans of the game are coming from and visualize some of their preferences. Also, if you are more into a type of game, you can select a particular guide so that it appears on the main selection screen. By clicking on this guide, you will be entitled to your selection of favorite games according to their type. For example, my interest in having been card games, I chose the guide associated with this type of game. So instead of having to go through the entire selection to see the decks of cards on offer, I just had to press my guide to bring up those decks of cards. The idea is simple, but welcome when you like one style of play more than others!

Note that each game comes with its introduction as well as some explanations. Personally, I would have done without explanatory videos in which we see statuettes of guides interacting. The dialogues are, for the most part, uninteresting and only introduce us very briefly to a game whose rules we do not know. More often than not, we end up falling back on the explanations as well as the written tips to understand how a game works. I would also have appreciated a little more diversity in terms of sound. The music is extremely redundant and eventually tires us out. The voice of a gamemaster has also been incorporated into some titles and it is getting more than irritating. To take the example of the President, I was no longer able to hear phrases like "Eight, the whole pile is discarded" or "Three of spades" when one of these cards was placed on the playing surface. It's cringe! 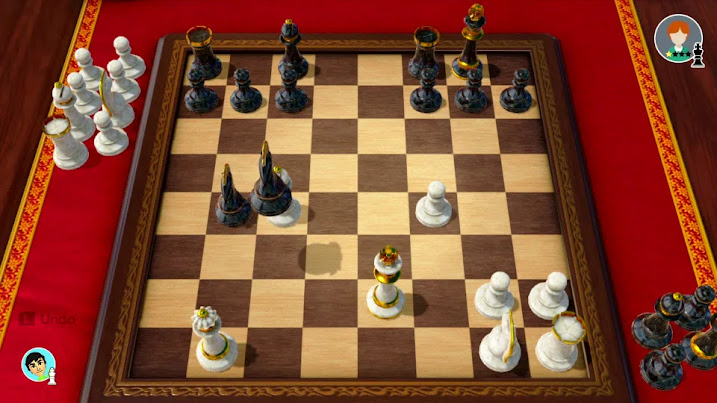 You might have guessed it, but Clubhouse Games: 51 Worldwide Classics is an ideal game for the Nintendo Switch. Offering a majority of games that play perfectly on a TV screen or in portable mode, this is the kind of game you will come back to very often, whether for a few minutes or longer sessions. With several settings available that can change the number of laps as well as the difficulty of artificial intelligence, 51 Worldwide Classics may stay in your console for a very long time! To stimulate your interest, Nintendo has included some bonuses to unlock. In addition, you will have one trophy to collect per game, the conditions for winning it varying. It could be to beat the highest difficulty level of artificial intelligence or to achieve a certain score. Thus, we combine learning games with the gratification of mastering them, especially for completionists! Alternatively, some variations can be unlocked, including Mario-like cards for card games. It's simple, but fun to get! In multiplayer, the options vary. You can play 51 Worldwide Classics locally or online, the number of players depending on the game you're diving into. However, in many games, expect to be able to play only two players on a single console, which is somewhat disappointing. In addition, to take advantage of the maximum potential of some games, you will need to stick several consoles next to each other, implying that each player has a Nintendo Switch. For example, for the cart racing game, sticking consoles together will allow you to create new tracks with more complex designs. The idea is good but argues that you each own a Nintendo Switch.

Having said that, I must point out a great idea from Nintendo to facilitate multiplayer. In fact, when you play together, you can download the Guest Pass application free of charge from the eShop. This pass allows multiple players to join a game session, the only condition being that one of the players has a full copy of 51 Worldwide Classics. Nintendo's initiative is magnificent and in particular, allows friends to meet online without everyone having to own a complete copy of the game. If only Nintendo's online service could be enhanced with a voice function in order to be able to interact with relatives or other players! 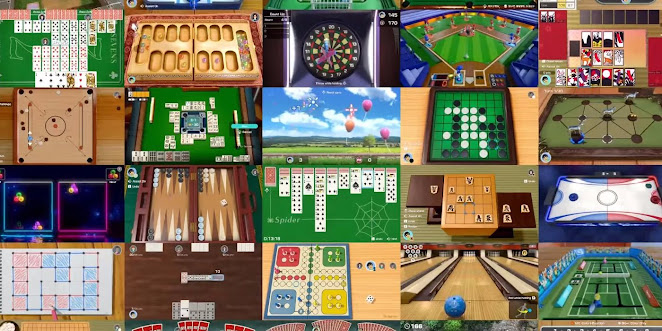 As I mentioned, Clubhouse Games: 51 Worldwide Classics is a game designed for the Nintendo Switch. While there are some omissions and some less interesting games, the amount of little hobbies on offer ensures that you will find at least a few that will keep you entertained for a good time. The portability of the console also makes it possible to enjoy them wherever you are, both in single-player and multiplayer mode. An excellent second title for this series that I have loved since its very beginnings on Nintendo DS! Offering 51 simplified tables and sports games, the second installment of the Clubhouse Games franchise is proving to be an ideal game for the Nintendo Switch! So why don't you get it now? Just visit the Clubhouse Games: 51 Worldwide Classics official website for more details.