Crash Bandicoot 4 Review - It's About Time: Yes, it was about time! 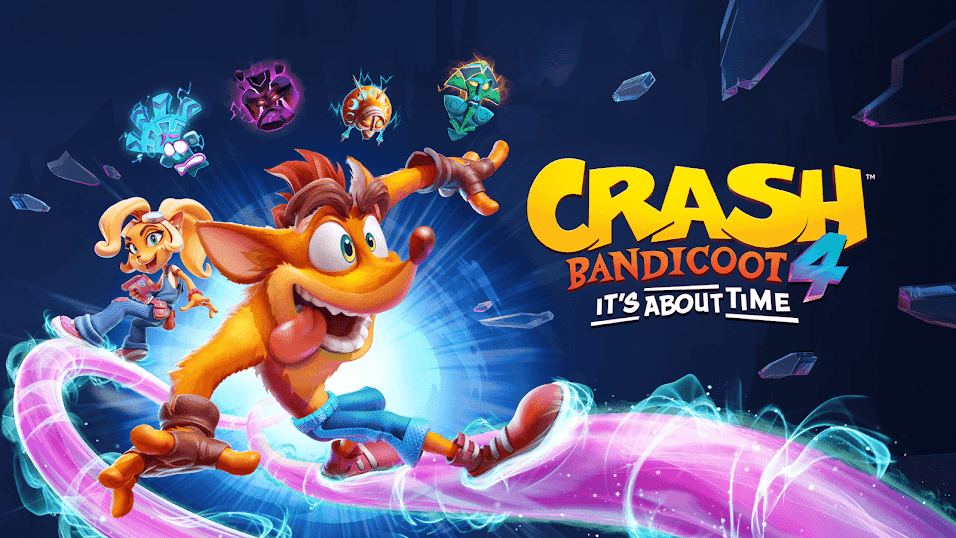 Galvanized by the success of the remakes of the first three Crash Bandicoots as well as the excellent Crash Team Racing, Toys for Bob and Beenox studios took on a daunting challenge. In fact, Activision has placed them in charge of the fourth official installment of the Crash Bandicoot franchise. However, the talent of the developers has transcended time and allows Crash Bandicoot 4: It’s About Time to become one of the best games in the saga while making us wonder why we didn’t get it before. The game is available for the Xbox One, and PlayStation 4 gaming console. So what's inside this new installment? Well, today I decided to make a Crash Bandicoot 4 review, so let's see what its all about.

When is a new animated series?

It's obvious, but despite the years that have passed, Crash Bandicoot 4 is the direct sequel to Crash Bandicoot 3: The game quickly introduces us to the evil plan of the trio of Neo Cortex, N. Tropy, and Uka Uka to escape the prison where Crash and his friends have managed to lock them. However, their escape creates rifts in space-time, forcing the awkward Crash to return to service before time itself is absorbed by these cataclysmic rifts. As was the case in the three remakes of the original games, Crash Bandicoot 4 presents us with a simple scenario, but very nice and colorful. Transported by a bunch of funnier characters, the story is worthy of a good Saturday morning cartoon. So Crash and his gang may get you more than a smile from their wacky animations and humorous lines, so much so that hopefully an animated series is being considered! To this end, the visual device is simply awesome. You will be treated to very colorful levels as well as animations as fluid as they are magnificent to see on the screen. The soundtrack also helps immerse us in the world of Crash, from music reminiscent of the first games in the series to flawless character dubbing. So all the ingredients for an animated series are already there, just a producer just needs to grab the ball! 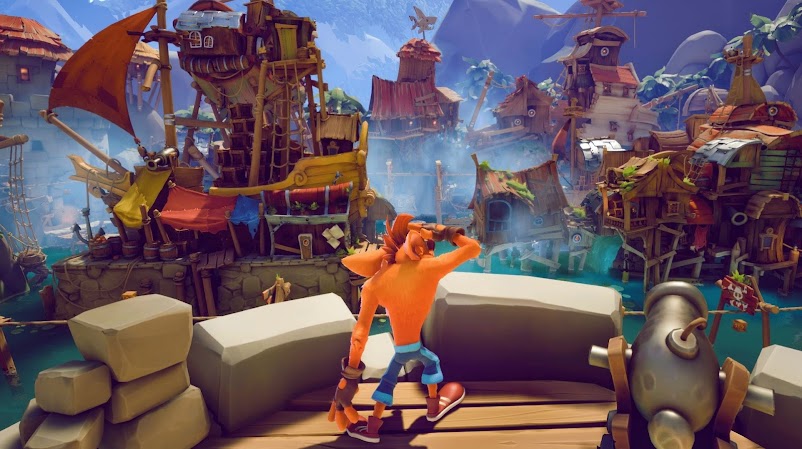 True to its origins

What is striking when you start playing Crash Bandicoot 4 is how well the developers have managed to combine nostalgia with modernity. From the start, you will feel like you are returning to the first adventure of the friendly Crash. In fact, the general presentation is faithful to the good old PlayStation game which was delightfully redesigned on current consoles a few years ago. So, those who wanted a new adventure of this hyperactive hero will be happy to learn that Toys for Bob and Beenox have respected the original material. Once again, Crash will be able to jump and spin. Linear levels will require you to start from point A in order to reach point B. Along the way, you will still have hundreds and hundreds of crates to destroy as well as a significant number of fruits to harvest. Obviously, you'll have to watch out for the famous TNT and Nitro crates or else explode! In addition to the classic platform footage, Crash Bandicoot 4 brings back some portions of levels that will bring back some memories to fans. For example, you will still be treated to insane obstacle courses where you run towards the camera to escape huge beasts or machines. Bonus levels are also present in the main levels to test your jumping skills as well as destroying crates. Because yes, tested, you will be. 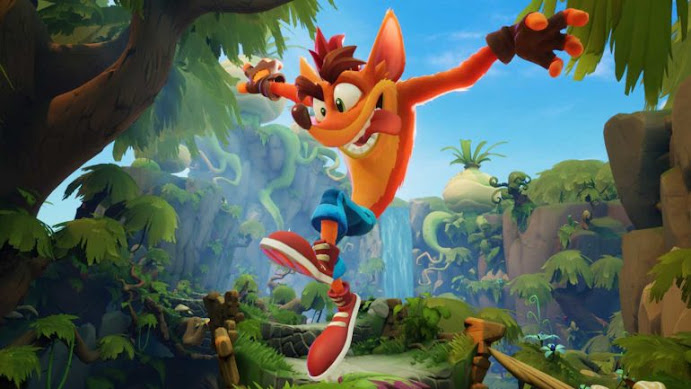 If you want a challenge, this is your master!

With the exception of its character and the crates to destroy, the Crash Bandicoot series is known for one reality: its difficulty. However, as promised by the developers, this new adventure of Crash does not soften the legendary difficulty level of the franchise. Getting through the different levels of each of the worlds is not a huge challenge in itself. Of course, each board has its own obstacles and enemies to take down, and Crash and his allies remain as vulnerable as ever. Thus, a single failed jump or a single injury can mean death. Still, getting through the boards will take you eight to nine hours without feeling like you're playing the most difficult platform game ever. It's when you try to harvest everything that the difficulty gets worse. Each level contains six gems, the latter accumulating when certain conditions are met. However, completing all levels in their entirety comes at the cost of multiple tries and, sometimes, fits of rage. Dying a limited number of times, collecting all the hidden gems, and destroying all the crates is a big challenge. Some levels are so hard to 100% complete that you'll turn them into mini heart attacks and/or want to throw your controller into the wall! And all of this is nothing compared to other challenges offered by the game. In addition, time trials are back at every level. Getting the most prestigious relic for each of these challenges means knowing each level by heart. Even worse, Relics of Excellence can also be collected from each painting. They ask you no more and no less than to complete each level without dying, collecting absolutely everything along the way. Believe me when I tell you it is devilishly difficult! 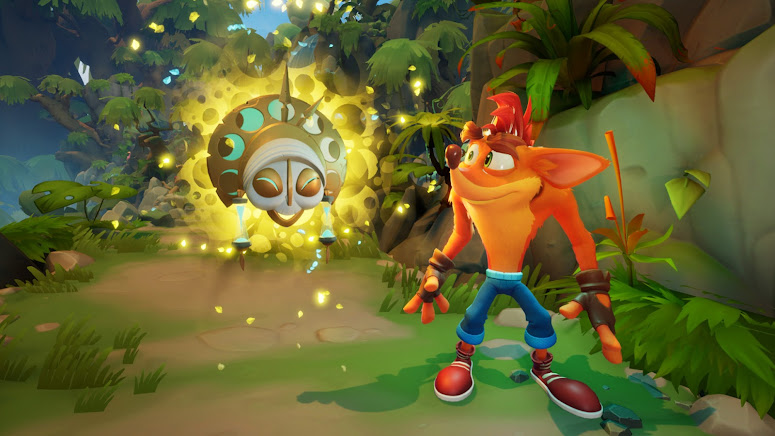 Options to avoid breaking your controller

Put it like that, maybe you get the impression that Crash Bandicoot 4 is one hell of a platform game. Maybe you think that for this reason, it is not worth it. However, there is a difference between a punitive game and a game aimed at improving our skills. Fortunately, the latest Crash Bandicoot falls into the second category. Despite its very high peak of difficulty, one gradually acquires the impression of becoming better. A challenge that is deemed impossible to overcome suddenly becomes extremely rewarding when you manage to make progress in it and eventually finish it. Even though I raged, I cannot describe to you the immense pride I felt when I managed to complete an entire level or complete a challenge that I had worked hard on. Also, be aware that the developers have included some elements to ease the difficulty. Also, a yellow circle is present under Crash so we can see where it is when it jumps. Considering the panoply of precise jumps to be performed, this simple addition removes one of the frustrations of the first titles in the series. In addition, it is possible to play it in a mode called Modern. The latter will grant you an unlimited number of lives and will make you start over at a checkpoint if you die. In addition, if you die too much, the game will give you certain bonuses like a new checkpoint or a protective mask. Obviously, if you are a purist, you can play in Retro mode (limited number of lives and complete level restart in case of death) and deactivate the yellow circle. However, if you play this way, watch out for holes that you could make with your joystick! 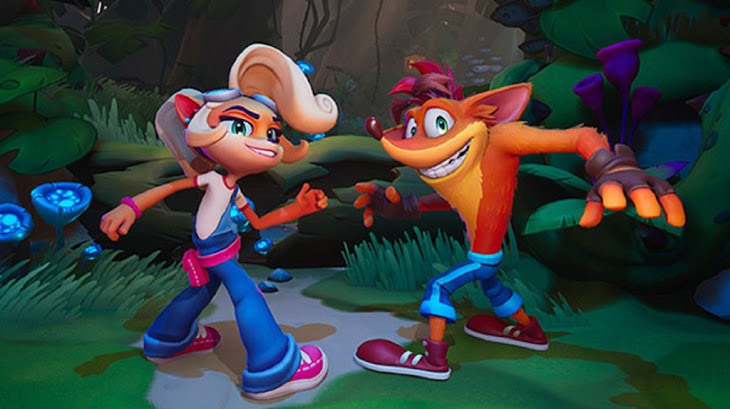 While Crash Bandicoot 4 is an official fourth installment in line with the unique playstyle of the early games in the franchise, some new features have been incorporated to infuse it with a dose of originality. So, we are not just talking about a cut and paste of the first Crashes into new levels. In addition to Crash and his sister Coco, you will be able to take control of a few well-known characters from the series. While the Bandicoot brother and sister are the same from a playability standpoint, the other characters add some interesting twists. For example, Tawna is no longer the Nunuche woman who must be rescued. She is now a jawbreaker with a grappling hook that will help the Bandicoots by modifying certain events by a few levels. Dr. Neo Cortex will be able to use a laser rifle and perform long jumps. Each in their own way, these characters alter the exhilarating experience of adventure. Crash and his friends will also have the help of magic masks. Available only in certain portions of levels, these masks will have different skills. For example, one of these will allow you to make items appear and disappear while another will slow downtime. There's even a mask that will let you do quantum jumps while swirling. Although still limited, the presence of these masks does enhance the styling quality of the old Crashes to the point where it feels like they could have been part of the series since its inception. My only regret is that they are not more present.

Eventually, special levels can be unlocked as you progress. Among these, you will find the excellent reverse levels developed by Beenox. Basically, they'll ask you to redo the game levels upside down, granting another big challenge to the adventure. You will also have “retro” levels to unlock where your skills will be put to the test. Taking place in the 90s in Dr. Cortex's laboratory, you will have to destroy crates there by jumping on them or else falling into the void. Some of these tables are real puzzles and will require you to think about the order in which you will destroy the crates while being extremely precise in your jumps. Either way, they represent absolutely exhilarating high-caliber challenges to complete! 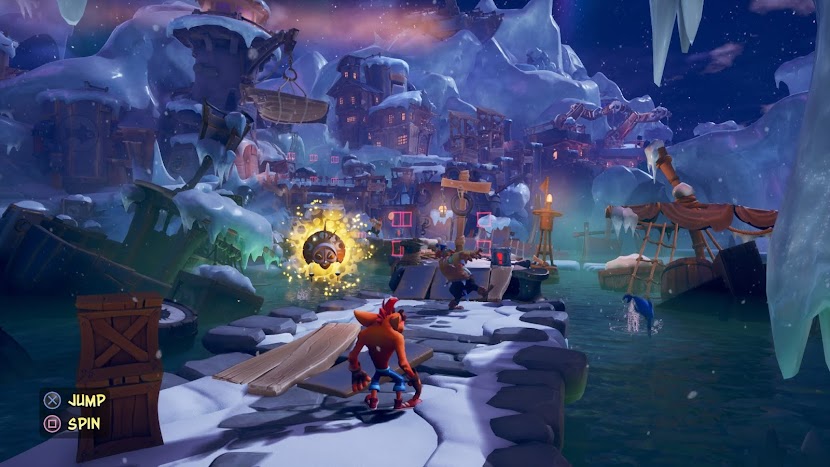 Some disappointing bonuses and a remote camera

Besides the difficulty which might be too high for some, are there any other flaws in the game? Unfortunately, yes, although that does not detract from its value. You might be wondering what you will get for collecting all the gems. The answer: costumes for Crash and Coco. That's all? That's all. I'm not saying that some aren't funny or even interesting. By the way, one of these will be hugely popular with older Crash fans. However, considering the scale of the task, I wish the gems were used for more than just appearances. Also, expect to swear at the camera. On several levels, you will find that she will place herself a little too far from the action. As a result, you can miss jumps and dive to death simply because of a poor perspective on what is happening on screen. Taking into account the extreme precision required by the jumps, the camera adds an unwanted challenge. 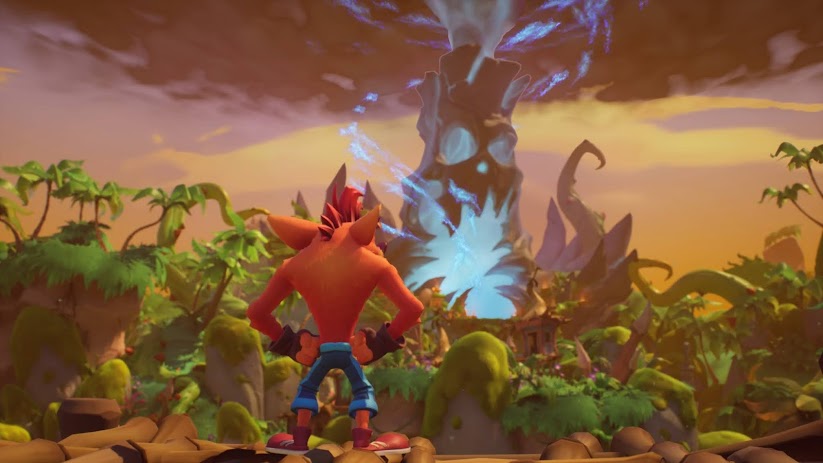 Should you play it?

As the title suggests, it was about time we had a fourth Crash Bandicoot worthy of the name. For lovers of this one-of-a-kind hero, this adventure is a recommendation with your eyes closed. Toys for Bob and Beenox took on the challenge of combining nostalgia and modernity to give us one of the best Crash Bandicoots to date. Despite a few hiccups here and there, it is nonetheless an excellent platform game that, by the way, will greatly enhance your playing skills! Brilliantly combining nostalgia and modernity, Crash Bandicoot 4 is supported by refreshing some game features and turns out to be one of the best titles in the saga! For more information, please visit the Crash Bandicoot 4 official website for more details.