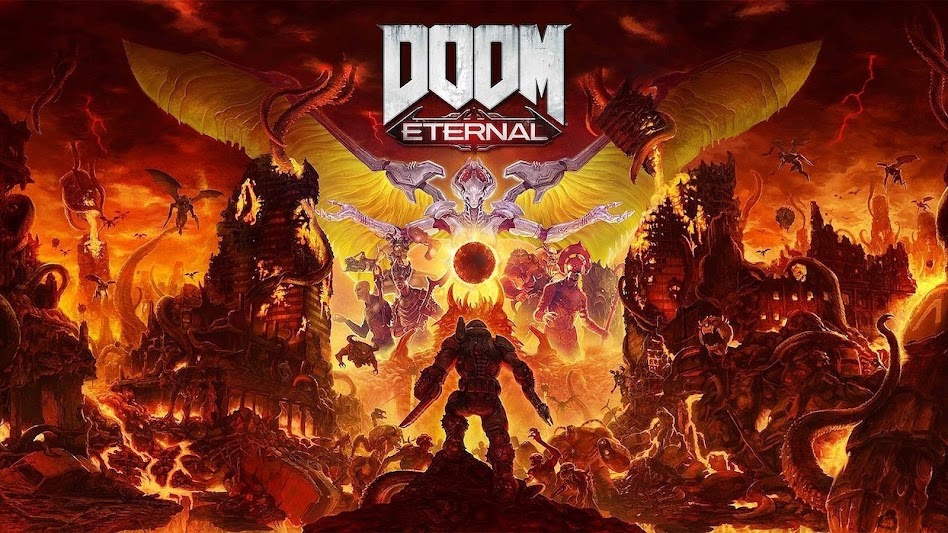 After 4 years of silence, Doom is finally back with even more varied worlds and especially with even more nervous gameplay, introducing Doom Eternal! 4 years is the number of years that separate the remake of Doom from Doom Eternal, and for a person who has played Doom since its first appearance on PC, it's been a long time, especially since Doom has always managed to deliver these moments full of adrenaline that is not necessarily found in all first-person shooters. This is still the case of Doom Eternal which offers the same ingredients as the 2016 reboot. We start with the story which basically takes up the broad outlines of Doom II released in 1994. You, Slayer, must come back to Earth because 'a bunch of fanatics has decided to rot the planet. Of course, you are the only way to save it all. If the Cut-scenes allows you to have a better immersion in history, we can say that the latter remains anecdotal in absolute terms. We go through the missions because we know that we have to butcher everything and find the exit first. 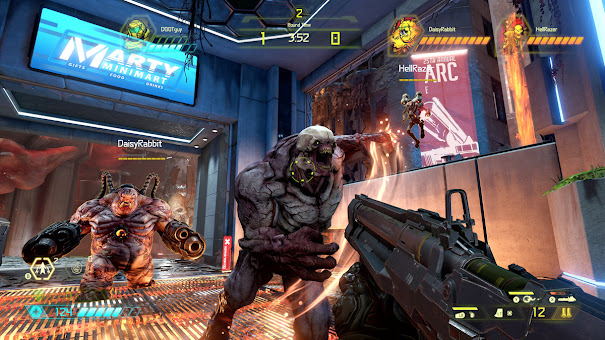 Because Doom Eternal is an FPS, there are fairly classic controls. No racing like in a good old Call of Duty but the most useful physical abilities such as double jump, the ability to hang on to certain surfaces, or even later a "dash in the air" which will allow Slayer to reach places further afield. As the game progresses, you will discover runes and other powers that will make Slayer a little superhuman like a Matrix-style slow-motion mode, but which will allow you to better appreciate the action. In short, if the universe remains hostile, Slayer is out to save the world. If the start of the game serves as a tutorial to get started with the game, you quickly get into the atmosphere with great graphics and an explosive soundtrack. Not everyone likes metal, but it is clear that it is the best style of music for Doom. We start the game with a shotgun and the classic chainsaw. And the first thing you notice is that there is very little ammo, so if you play it carefully, you quickly end up with nothing. 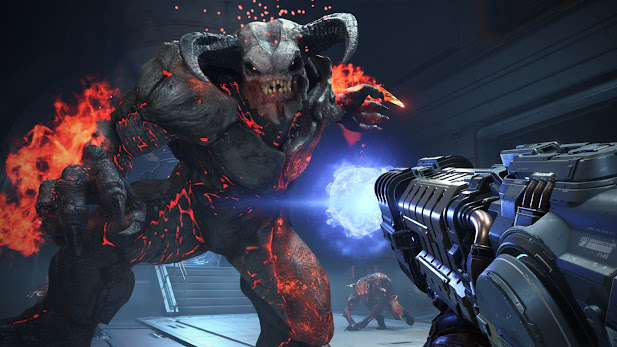 In fact,, all the success of Doom can be summed due to the fact that if we have to fight Aliens, we might go free as well. It is by rushing forward, a little headlong, that we will take risks, which will allow the player to "finish" the enemies and therefore to have bonuses such as healing or ammunition that is would not have had if we had simply sniped them from afar. Going headlong is not entirely correct as it will take a bit of savvy to spot the most dangerous enemies. Obviously, ammunition and healing can be found without necessarily having to finish monsters, but they are in a limited number and given the number of enemies, we have no choice but to join the pile. And that's not all, the enemies are far from second-rate zombies, they move very fast and anticipate our movements quite well. On some even, it will take monster precision to target the weak point directly and avoid wasting ammunition unnecessarily. Doom Eternal obviously brings some small new features as the handling like the famous "Blood Punch" or others. But in absolute terms, I find the same handling and the same enjoyment of the game as well. Some people will like it, others will prefer more calm handling. 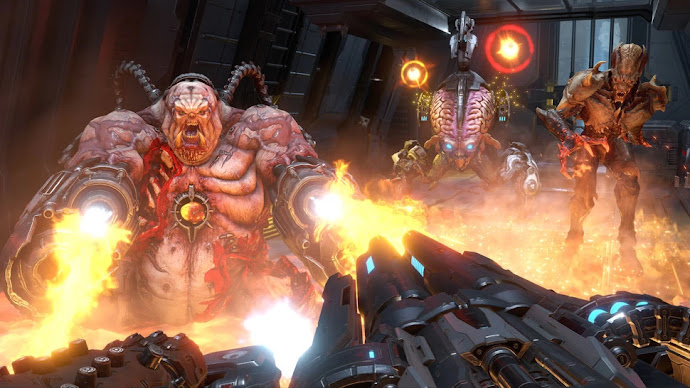 A form of exploration

But this is where the quintessence of Doom Eternal really comes into being. In fact, by rushing into the crowd and trying to survive, we unconsciously enter a sort of destructive trance, a moment of adrenaline, all accompanied by an excellent soundtrack (thank you Mick Gordon) which accompanies the scenes very well. with exploration scenes. Speaking of exploration, there are levels a la Doom, on several levels, where you will have to go find a key or an event to unlock the rest. It is also during these phases of exploration that one can admire the enormous levels of the game with gigantic monsters in the background. We're in the mood, there is no denying it, especially since compared to the 2016 remake, the worlds are much more varied. It’s not far from the exploration of Titanfall 2 and it’s a great benchmark here. 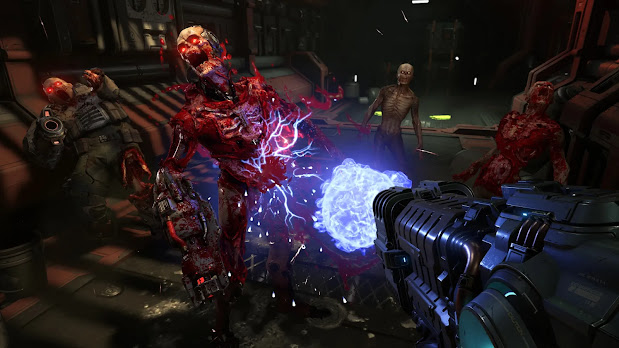 Doom Eternal is an excellent FPS in its purest form, it's nervous, exciting and if you won't spend several hours on it because of the adrenaline that comes with it, you will have a multitude of short sessions where each party is a real pleasure in which we like to come back. I tested it on the PC version with an RTX 2080, as well as on Stadia. Regardless of the version, I didn't have to complain about slowdowns or other bugs, of course… And finally, for this review, I haven't been able to test the multiplayer mode yet. Anyway if you wish to learn more about the game, make sure you visit the Doom Eternal official website. I hope you will enjoy the game as I did to write this game review.