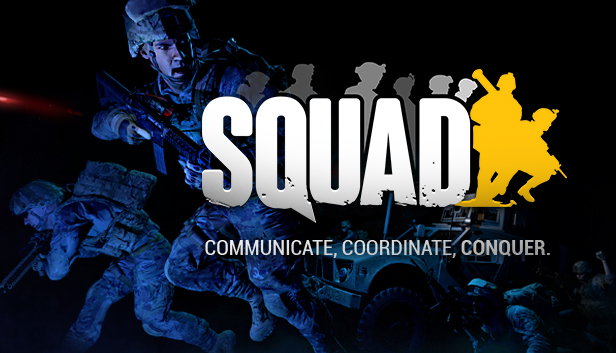 Squad had been in early access on Steam since December 2015. 5 years later, this large-scale tactical FPS is coming to version 1.0 casually. A release that was eventually accompanied by the 50 vs 50 clashes that were one of the initial promises of the developers, Offworld Industries. The players liked to criticize the slowness of development, the promises not always kept, or the many optimization concerns. Yet despite its flaws and its sometimes chaotic journey, Squad is one of the best first-person shooters of its kind, without being as heady as Arma and far removed from the arcade feel of a Battlefield. Squad isn't for everyone. Sometimes slow, sometimes fast, sometimes frustrating, sometimes epic: a calm patrol through the streets of Fallujah can suddenly turn into an action scene like The Fall of the Black Falcon. 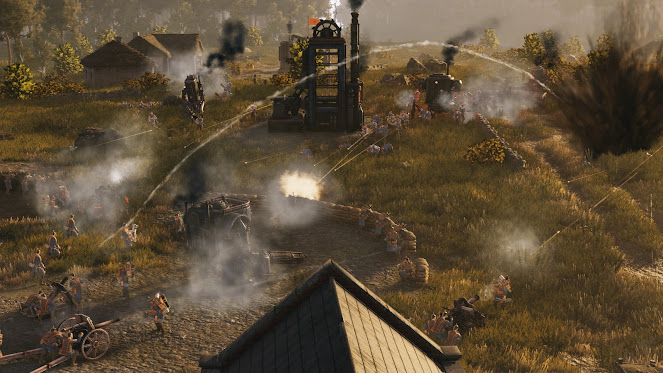 After establishing a fortified position to the south near a crossroads, I waited 20 minutes in ambush. Our squad leader was hoping to catch those guys trying to grab our brothers in arms by the flank. Unfortunately, I end up with my beaks in the water. After consultation with the commander, I decided to move and turn back to my transport vehicle to try to flank the Russians. After 200 meters, I find myself face to face with another Russian truck. Apparently, I was each camping on my own and had the same idea to move, at the same time. My inexperienced pilot panics and sends me into the ditch, ending up in a tree a few meters below. Not even the time to check if everyone was in one piece. So the communists were starting to snip me. It's a real stampede on my side until one of us yells "Grenada!" Covered! ". Barely enough time to get down to the ground when the explosion hisses in my ears. Our squad leader is dead. For maybe 10 to 12 minutes, then it will be a game of cat and mouse among the shooting balls. It was without counting on our air support since a Blackhawk disembarks to spray these communist rots and save our lives in the process. After that, I had to go out to leave, so I don't really know the rest of the story. 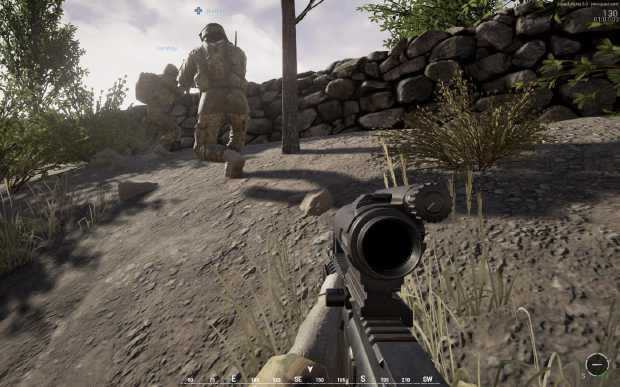 Title optimization is always very hit or miss. You can't spit on the work done during development, sometimes - and unfortunately - drastically reducing objects and foliage on some maps. The game runs more or less well depending on the environment and is often found under the bar of 60 FPS on my configuration (RTX 2080, i7-8700k, 32Gb Ram 3200 Mhz) during clashes or on very dense cards, such as the latest, Fallujah, oriented CQC (Close Quarters Combat). Do not forget, however, that the title is far from being a fast-fps: it is sometimes more contemplative than active when it comes to defending a position or observing the opposing movements from the top of a roof. . So it's pretty easy to get used to the 50-70 FPS on average. Along with this variable optimization, a subject of contention between players, the visual and sound ambiance of Squad is astounding. When bullets whistle above your head, mortar shells start to rain or an A-10 Warthog dives on you: we believe it, we hide and we implore our squad leader to get us out. 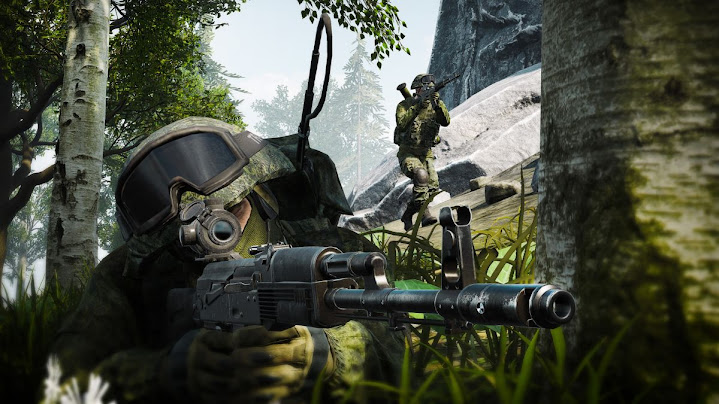 There are still a few bugs from time to time: getting stuck in a building too close to a spawn point, not being able to shoulder your weapon for no reason, or tripping over a texture or object. But honestly, they're rare now and only occasionally spoil the gaming experience.

Far from being a walking simulator

Squad has often been criticized and mocked as a game of walking in the forest or in the desert where the action is rare and where you can get bored very quickly, a criticism that one could accept in its beginnings but which bears witness today silly and ill-informed detractors who haven't relaunched the game in a long time. Vehicles are much more present and recently, helicopters have appeared. Even if they've been wanted for a long time, they set a pace from the start of the game. Finally, it is still now very rare to have to reappear at his base camp and walk to join his squad. Between FOBs (Forward Operating Base), Rally Points, or even doctors: you quickly get back into action with your teammates. It has been difficult to find a balance for the developers to provide a fast-paced experience, and even today they are still making some tweaking on this system. A sinusoidal rhythm with its strong or weak beats. There will always be walking to do, back and forth to do, but that is an integral part of the experience. A match lasts an average of 40-50 minutes, and while Squad offers many game modes, Advance and Secure and Invasion are the most popular.

While there is gameplay to suit everyone, tankers, helicopter pilots, medics, anti-tanks, or just truckers, the experience you get from Squad will mostly depend on who you play it with. Because yes, if you wish, you can spend your time making round trips by truck to supply the various bases with the resources necessary for the construction or the resupply of ammunition. Your best parts and times will come from having an experienced squad leader able to coordinate with the other groups and, more recently, the commander. It is sometimes difficult to find this type of game even if the community around the game is very friendly and open to new players. The advice is quite simple: if your squad leader is nonexistent and without a microphone, look elsewhere. Finally, it's hard to imagine playing Squad without having one to communicate with your teammates. While you can play mute trooper while listening to orders, one of the game's strengths is still missing out: communication. Once you've had a few hours of play in your rangers, don't hesitate to take on the role of the little boss which also changes the whole perspective of a game. 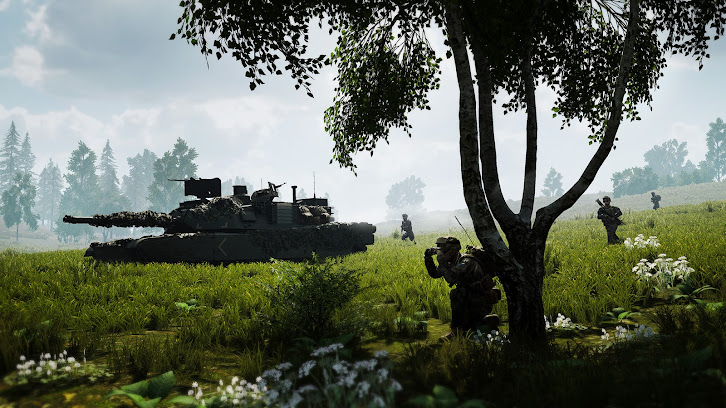 Impossible to please everyone

Squad has grown significantly in content over the past 5 years. Today, it's 20 playable maps, 7 different factions, from the US military to rebel militia-style forces to the Canadian army or the latest, the Middle Eastern Alliance. Each faction has its own weapons and vehicles, so there is real diversity in each game. Squad is based on a role/kit system, from the engineer with mines / C4 to the very useful sniper for reconnaissance. Whichever role you choose, the clashes will be enjoyable and intense. Don’t imagine running through the middle of a field to destroy a squad. Here you will die very quickly in one to three bullets, sometimes (often) without knowing where the shot is coming from. You will have to observe, communicate, be patient. Some will love it, others will hate it because it offers a very demanding playstyle that may frustrate Sunday gamers or Call of Duty fans. For the new ones, you really have to make an effort to spend the first few hours which will certainly be alienating. Fortunately, you should know that a tutorial of about twenty minutes is available in the game and that it is essential before embarking on a multiplayer game. 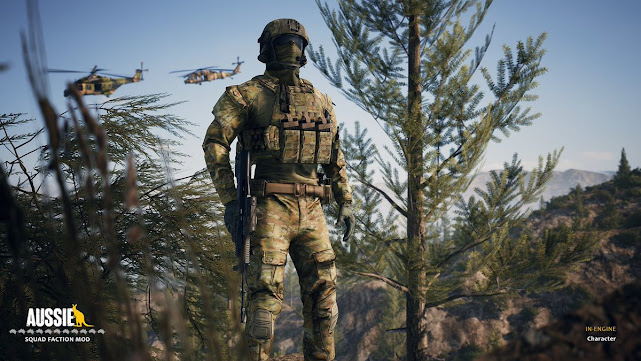 And it's not over!

The development of the title is far from over. The roadmap is visible and several updates - free - are already planned to add weapons, vehicles, maps, and factions to flesh out an already very deep game. The studio is exemplary on the follow-up in recent years but also for those to come. So yes, bad tongues will say that aviation will ultimately never be present, early backers will find that the title is too accessible and that the map sometimes becomes a mess without a name, between arrows and markers. For me, who find Arma too heavy and Battlefield too casual, Squad is a perfect mix of both worlds. 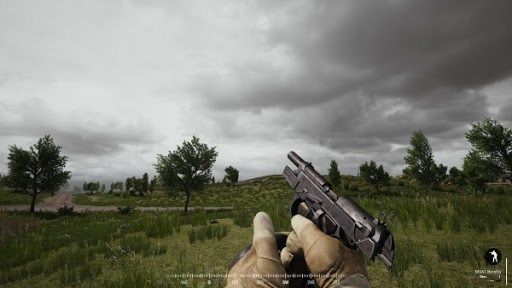 Squad is a reference in large-scale semi-realistic tactical FPS. Its visual and sound environment offers epic moments of adrenaline that are difficult to find elsewhere. Most importantly, Squad reveals its full potential when surrounded by the right people, able to communicate and take orders. Gambling can quickly turn into hell without leadership and teamwork. Its pace will not appeal to everyone: it is a divisive FPS, which is not for everyone, but which will offer you unforgettable moments if you are sensitive to the sound of M4 slamming in the desert. Squad is available on Steam, currently at -25% and its price will increase on October. Don't wait too long to give in. Need to learn more about the game? Well, why don't you visit the Squad official website for more details. I hope you enjoyed this review, please feel free to comment below. Have a nice day.

December 03, 2020
Announced as part of E3 2019, Empire of Sin has set itself the goal of restoring mobility to a genre that has never really taken center stage: the game of managing a gangster empire at the heart of prohibition. Halfway between tactical and management, Empire of Sin deploys good ideas, unfortunately not always well executed. Note that, while the game was released on home consoles and Switch, I have only had access to the PC version for the time being. The game review below is valid only for this platform. WELCOME TO THE FATHER The premise of Empire of Sin is simple, to say the least: it will be necessary, by force or by cunning, to try to conquer a city, by establishing your authority district after district. It will all start with the selection of one of the many characters playing a gang in the game. Each of them has their own unique stats and qualities. Whether it's a decrease in the cost of maintaining certain buildings or an increased generation of loyalty from your men, for
Post a Comment
Read more