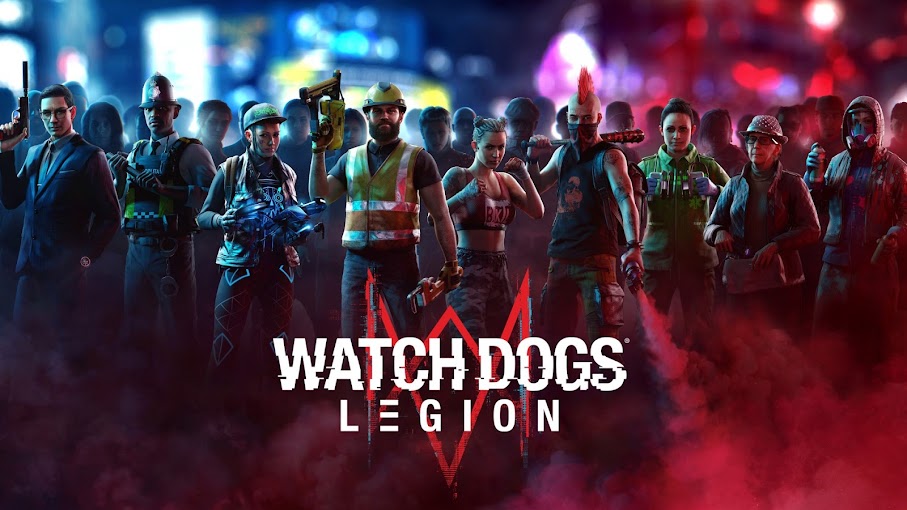 The verdict is getting closer for Watch Dogs Legion, now closer than ever to its official release. A few weeks before the launch, we were once again able to take charge of the Ubisoft Toronto team's title and this time focus on its atmosphere and its history, after having discussed its new features and gameplay a few months ago. Here we were able to play Watch Dogs Legion for more than 4h30. Unlike the one in July which made us discover the first hours of the game, this demo was slightly more advanced in the game: two districts of London were already released and we had access to new scripted missions. Finally, from a technical point of view, note that this session took place remotely on a version of Watch Dogs Legion playable thanks to the Parsec streaming solution. Watch Dogs first of the name took us to a modern Chicago with a rather serious and down-to-earth tone. Watch Dogs 2 fully embraced its Californian vibe, juggling themes related to the joys and sorrows of Silicon Valley and caricatures of real pop culture events, often portrayed with great humor and lightness. Watch Dogs Legion opts for a hybrid approach, even if its context tends to bring it closer to the first opus in tone. 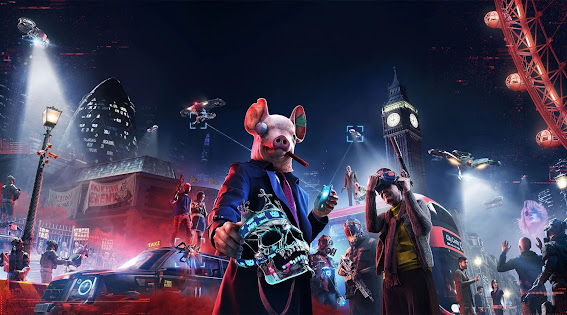 Formally, Legion is the first episode to this venture into the storytelling side of the story. Here we find London a few years in the future, forever changed by a series of events. An authoritarian government, multinationals with growing influence, control, and surveillance systems denser than ever are the backdrop to this new episode, which also starts with a terrorist attack carried out by a mysterious organization and blamed on … Dedsec, the famous hacker organization. Now unjustly hunted down, its members - whom you play - set off in search of the real culprits while attempting to cleanse the city of the growing corruption and the gradual disappearance of individual freedoms which threaten it. Marginal hackers, a tale of anticipation, no need to go too far: Watch Dogs Legion has its eye on typical Cyberpunk themes, decidedly very fashionable in recent years. The few missions of the main story that we were able to try set the tone for an adventure tackling many societal, political, or technological subjects: the question of organ trafficking or that of anti-immigration movements thus rub shoulders with transhumanism and its consequences. potential drifts when approached by a large company. Far from a light second title, but which did not lack character, Legion also offers a lot of personality with a backdrop admittedly not very encouraging, but which has the merit of offering a credible approach to a London embracing modern issues.

For the touch of lightness, it is more on the side of the characters and the sandbox approach of the title that we have to look: between the hooligan and his magnificent elimination in melee - a stroke of ball chained with a celebration in which the character hits his chest - or the hacker grandmother who caused a sensation during the presentation of E3 2019, Legion takes advantage of its system allowing to recruit any NPC to offer a varied gallery of characters, but also opportunities in terms of approach. Whether it's by shocking an enemy by surprise by flanking a spider-bot on their face or releasing the package from a transporter drone in an attempt to crush an opponent, it's more in improvisation that Legion manages to achieve. to be light, without betraying his point.

In terms of gameplay, the sequences offered were rather traditional for the series. A few resolutions of physical puzzles based on circuits to be completed were thus inserted between sequences of infiltration exploiting cover and use of gadgets (spiderbot or drone piracy), while reconstructions in augmented reality provide a touch of novelty to the whole thing and also allow to offer a new way of reliving past events. The second episode densified the game mechanics of the first one, this is less the case for Legion which takes the basics of its predecessor and relies more on its character change system, which has the merit of working well and giving real sensation freedom to the player. On this point, our good impressions of the last grip is confirmed. We also mentioned it for our previous handling: the overhaul of the hand-to-hand combat system brings a real plus by forcing the player to approach the missions with a little more finesse, or for lack of better equip yourself to be able to survive effectively if detected. A problem that did not arise in the second installment, where it was possible to take out most enemies with one blowup in close combat. Despite this advantage, the very structure of this episode also shows a potential drop in diversity in the level design of the main missions. In fact, the transition from a single character with a complete arsenal (drones, spiderbot, weapons, etc.) to a group of heroes each with their own skills forced the teams to rethink the approach to levels to make them viable. regardless of the avatar concerned. For example, it's common to come across crates that call for a spiderbot in case you haven't equipped your current avatar with a copy. Likewise, these missions seem more linear than the secondary areas, which are richer in the diversity of approach. Fortunately, this lack is well filled here by the visual variety of areas (exterior roof, high-tech building, sewers, ultra-modern over-connected house, or shanty town created in a stadium) which avoids any feeling of redundancy.

Despite the use of several characters, including one recruited by chance along the way, we were pleasantly surprised to find that each one benefits from a voiceover. A choice that may seem anecdotal, but in view of the basic proposal which may seem disproportionate, we feared that the adventure would be experienced more through a few predefined characters, but not playable, than your heroes, here reduced to the state of silent agents. This is not the case, and if the realization dwells less on the main character during the cutscenes, it's still nice to see which one you choose to play remains involved in the discussions. A real plus for immersion. 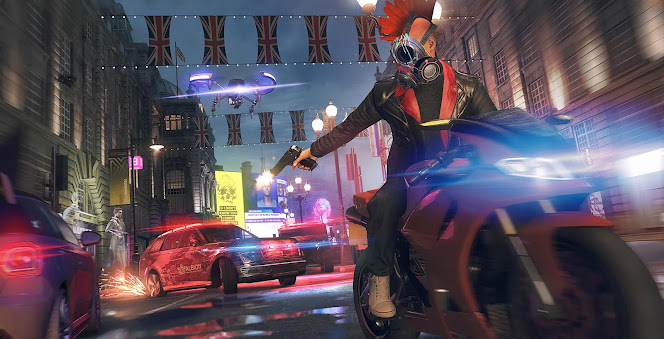 Watch Dogs Legion confirms my good impressions a few months ago, erasing doubts around the visual and sound integration of avatars that can be changed at any time. More balanced thanks to a less powerful melee than in the second title, it may lose a little variety of approach on its main missions but compensates with additional activities provided on this point and a city of great visual richness, which we take pleasure in browsing. If it will not be an episode rich in changes likely to attract the refractory to the license, its approach in terms of characters and its universe has a good chance of appealing to fans previously divided by a second title with a more divisive approach. For more information visit the Watch Dogs Legion official website for all details. The game will be available for PC and all other consoles out there. The game will be launched on October 29, 2020. Below is the official trailer from Ubisoft North America. Enjoy!