Astro’s Playroom Review - A love letter to the PlayStation brand 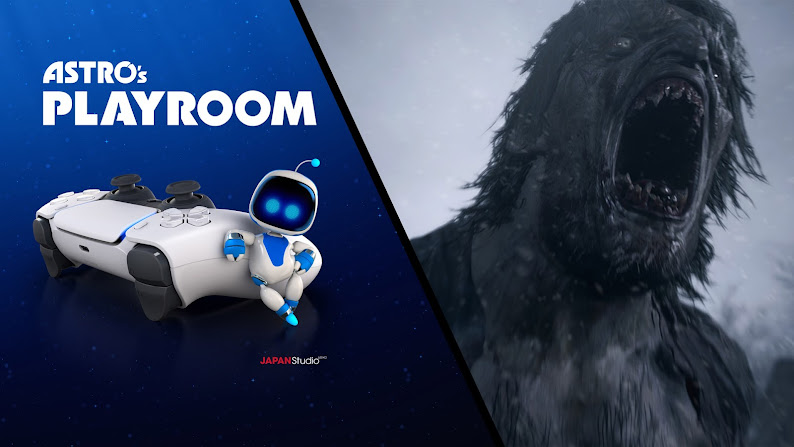 Even if it is included with all PlayStation 5, Astro's Playroom is ultimately the first exclusive to the console, which is nothing in this special context of generation launch, which relies above all on cross-gen and backward compatibility. And if we could legitimately fear that the title of the Asobi team is only a technical demo of the new DualSense controller, the studio does not take long to reassure us. Before rushing headlong into the PS5, Astro’s Playroom offers gamers a bit of nostalgia with a peek in the rearview mirror of PlayStation brand life. A real breeding ground for winks and easter eggs that will revive many memories, the game celebrates the brand in the most beautiful way and sometimes with a lot of inventiveness, by replacing some platforms with memory cards, or many clouds in the form of PS1, when it is not directly the heroes of the brand who are parodied. It is also not uncommon to come across little robots made up of Kratos, Nathan Drake or Ellie, in mini-paintings that will highlight the games from which they are taken. Because beyond being a real interactive museum, the game is actually presented as a platform game in which our good old Astro, who we discovered with enchantment in Astro Bot Rescue Mission, takes a tour through the different generations consoles to find relics of the past that will melt the hearts of retro-gamers but not only. 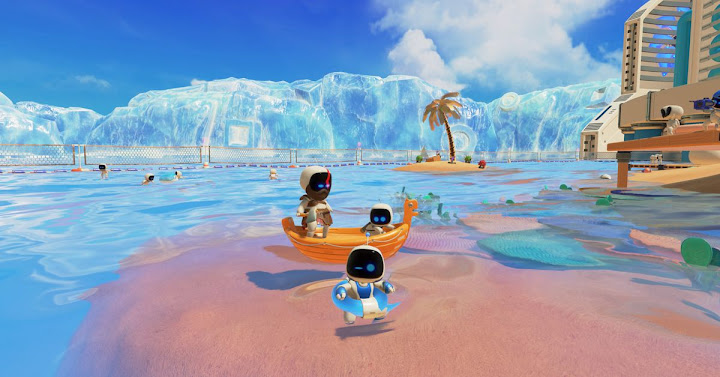 Even setting aside all the aesthetic teeming with references, Astro's Playroom is a very convincing platform game. The four worlds that can be visited are each based on specific types of events, with quite a bit of variation in the gameplay. Besides the classic phases of jumping and hammering punches on evil robots, our mascot can sometimes don costumes that will greatly change the way you play. I think, for example, of the monkey costume which offers me to do a little climbing, as if I was climbing a climbing wall, but also of the mini-rocket which requires precision and patience to slip through all the traps of the decor. Even though Astro’s Playroom doesn't last very long - allow around 3-4 hours full for the adventure, it does everything to not get bogged down in a routine and surprises me at every level. Starting from there, it’s difficult to complain about this lifespan, the adventure is so dense. In order to please collectors, the title also asks to look for artifacts (like old controllers, consoles, etc.) and hidden objects to fill a gigantic mural representing the timeline of the PlayStation brand. Enough to make you want to go back through the levels to recover what you missed on the first pass. The title also offers timed races to compare your best times with your friends, all in special levels full of traps. I like the idea, even if the number of races is ultimately quite starving. 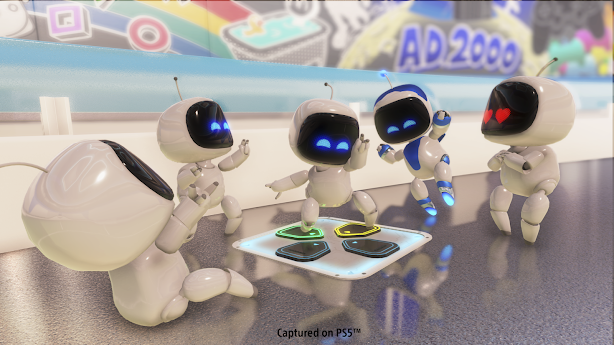 The inventiveness that makes the DualSense shine

If in this, the proposition is already more than honest, Astro's Playroom is especially most educational when it teaches us to use the DualSense controller. Everything in the game has been thought out with creativity for this controller, and the result is stunning. We are not ready to come across a game that reuses all this technology so well, since the title shows us all the possibilities, and it has something to make curious. As the standard-bearer of the controller, the game alternates between the various new features of the DualSense to reveal all its strengths. Thus, if the sound coming out of the controller enhances the immersion, it is especially the vibrations that are to be welcomed here. I think in particular of the phases where I can distinctly feel the rain or hail in my hands, or the blast of the wind concentrated on only part of the lever. The adaptive R2 and L2 triggers are also honored with several kinds of sensations. When it comes to zooming in on an object, the trigger offers a slight resistance that is anything but unpleasant, just like in archery, where you can perfectly feel the string tightening.

On the gacha machine offered in the central HUB, which is used to collect all kinds of collectibles, I clearly feel a notch in the middle of the trigger, which requires more force to be activated. As you can imagine, it is almost impossible to describe this kind of sensation without having had the controller in your hands, but the most skeptical of you can be reassured: the technology does work, and it changes the feeling very clearly. . Astro’s Playroom ultimately only sins during certain unpleasant phases, which require the use of motion gaming via the controller to navigate. It is often imprecise, and this kind of controller use seems to take us back a few years, which is a shame for a title that presents the DualSense as the controller of the future. 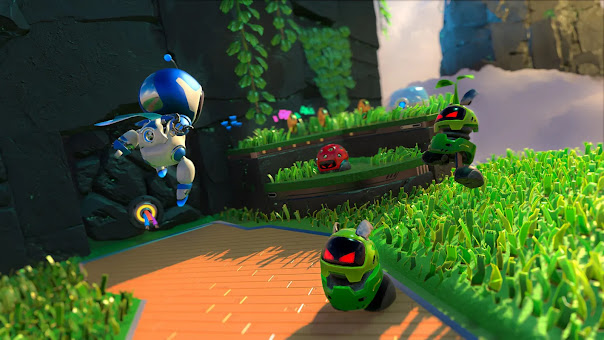 Without a doubt, Astro’s Playroom is the most underrated game of this generation launch. Probably because of it's free, or the fact that some see it as a demo for the controller, and nothing else. Fortunately, the game bends against preconceived ideas and presents itself as a true platform game in its own right, as playful as it is surprising while offering PlayStation fans a devilishly effective trip to the past. Obviously, the DualSense remains the star of the show by offering sometimes surprising feelings, and it is partly thanks to this that Astro’s Playroom turns out to be the first blow of the generation. Until now, I didn't really count on Astro's Playroom to take care of this start of a generation, and I did not expect much from him. What a pleasure to see that I judged him a little too quickly, so much he made me play with a smile during these few hours. Full of ideas while paying homage to the PlayStation brand, the game makes me want to see more, and I hope that a more complete sequel or the game will arrive one day or another, so much I was not seduced by the proposal. For more information about the game, please visit the Astro’s Playroom official website for all details.