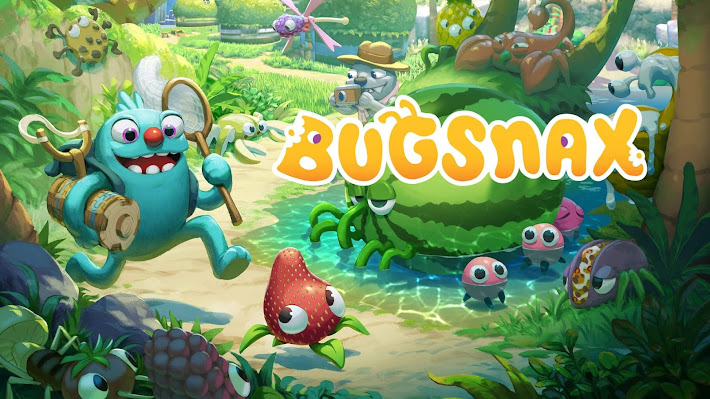 With its cute half-insect half-food creatures, Bugsnax is coming to PS5, PS4, and PC on November 12, 2020. Will this crazy game capsize hearts? Bugsnax is one of the very first games to be announced for the PlayStation 5 and will even be present at the launch of the next-gen console. The new game from the studio Young Horses (behind the famous Octodad) then promised rather twisted and humorous gameplay. Between adventure and creatures to collect, is Bugsnax worth the detour? Note that it will be offered via the PS Plus in November as well so here is my review to give you an idea. 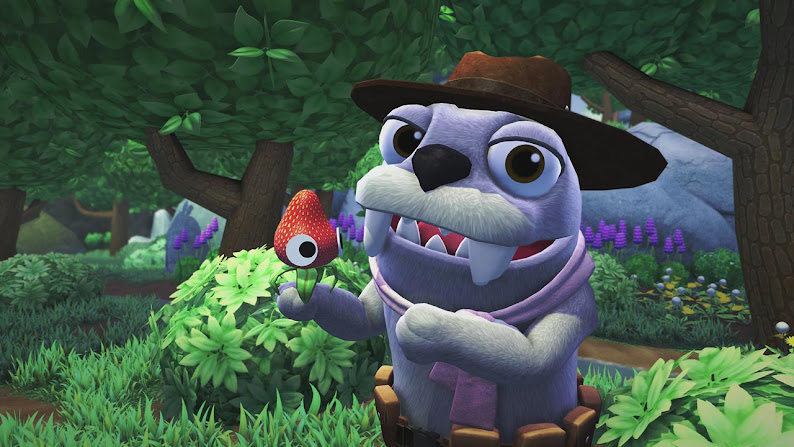 With a story told mostly by well-known OVs like Fred Tatasciore (Soldier 76 in Overwatch), we couldn't help but hang on. Although no other languages subtitles are available, some of the translated subtitles like French and the superb voices of the characters are enough to immerse yourself in the wacky world of Bugsnax. You play as a journalist who received an intriguing video. Adventurer Elizabert Megafig claims she discovered half-food, half-insect creatures called "Bugsnax." Your mission, should you accept it, will also be to investigate these edible bugs and understand their effects. You travel to Snaktooth Island to meet the adventurer and begin the adventures. Unfortunately, that last one is gone and your hunt for Bugsnax and clues will probably be your only chance to find it. In addition to a wacky story, Bugsnax offers a real adventure with various and varied quests. In the first-person view, I still recommend playing with a controller on PC, or directly on PlayStation. If I wasn't able to test the PS5 version, Philip Tibitoski (co-founder of Young Horses) recently explained that the animations are in fact much more pleasant when you have the vibrations of the controller. In addition, on the new Sony console, Bugsnax should exploit the haptic feedback of the DualSense, especially on various types of terrain. Load times only take about three seconds, and the controller speakers allow you to listen to the various calls of the Bugsnax and some important sound effects like a Bugsnax being caught in a trap.

Speaking of the quests, these are quite varied: directing a small Bugsnax locked in a glass ball using a laser pointer, spying on villagers, feeding others with Bugsnax to change part of their body, investigate the mysterious behavior of a villager… The missions are also a little strange but are not stupefying for all that. Without too much spoiler, the first big part of the game will ask you, in particular, to gather in town a dozen villagers who had decided to move away. To convince them, they will obviously ask you to complete some quests for them. It is then possible to complete these missions in the desired order without any time limit. Without being truly an open world, Bugsnax still allows free movement and is therefore not linear as a narrative adventure game might be. To top it all off, the somewhat retro music reinforces the wacky side of the affair, and that's not to displease. Not very heady, it mixes well with the cries of dozens of creatures that inhabit the land and the heavens.

Unfortunately, Bugsnax wants to be much more mainstream than its predecessor Octodad. It also distinguished itself by inventive gameplay and full of surprises and reinventing this touch of burlesque so addictive, so I will not find so much this paste in Bugsnax. But Philip Tibitoski (co-founder of Young Horses) says it himself: he wanted to draw heavily from the Pixar universe, with the aim of appealing to all generations like a Viva Piñata or a Pokémon Snap. As a result, it will sometimes feel like playing a child's game, but this feeling can quickly be reduced if we remember that we are here to have fun above all! In itself, Bugsnax is nothing too complex, although capturing some critters can be difficult without a minimum of thought. Last little snag: some other translations were done badly, in particular, because of the font used. Thus, most of the zone names are not displayed correctly: "C TES D R ES" instead of "Côtes dorées" for the Franch example. A simple bug that will most certainly be corrected upon release but which was unpleasant during the test. 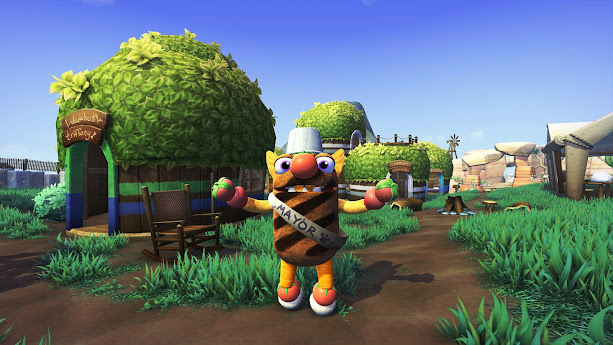 No. Rest assured Bugsnax is not quite a pokemon-like like Temtem can be. Here, there are no fights between creatures, there are no arenas, just “bugs” to be captured and collected. Better yet: you can devour them in order to transform certain parts of your body. In reality, Bugsnax is more like a SNAP Pokémon where you have to scan and take pictures of the monsters in order to identify them and learn more about them (behavior, weak points, what they like etc ...) The peculiarity of half-food, half-insect creatures lies in the way they capture them. Here, it is not enough to throw mud on the bugs or poke balls, you will have to reason with intelligence and strategy in order to tame them. While one is lured into a good chocolate sauce, the other will have to be stunned to capture it. Thus, the capture of Bugsnax changes completely between each creature and it will be necessary to use the scenery and the available resources to succeed in filling your "Pokédex". Different tools can also be unlocked (net, slingshot, trap, bait, etc.) in order to best capture them.

This way of capturing the Bugsnax is a good point and then gives us a good lifespan, since there are no less than 100 species to collect and devour across the various biomes of the island. To take it a step further: Some creatures only show the tip of their noses at certain times of the day and in certain weather conditions. It is also possible, thanks to a bed in town, to pass the time. The “acute collection” aspect goes further: if your main quest is to find adventurer Lizbert, you must also find and assemble all the villagers in the city center. By chatting with them and becoming friends, you will also add them to your “dex” and can then feed them to personalize them as much as possible. Eating these little creatures is also just a simple customization effect? Either way, the villagers are ready to transfigure just for the exquisite taste of the Bugsnax. Besides, the characters are not very beautiful compared to the cuteness of the half-food, half-insect creatures, but the overall graphics of the game, so special, is ultimately quite pleasant with a little practice. Spider-chips, strawberry-eyed, kiwi (fruit) shaped like a kiwi (bird), crab-apples… They all have an original and well thought out design. Either way, the mystery of the Bugsnax won't be revealed to you until the very end of the game! 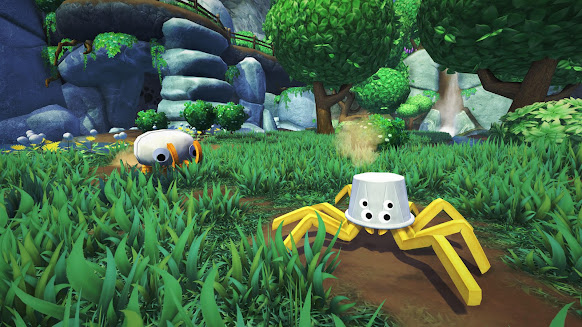 Inspired by Pixar and cartoons, Bugsnax offers us gameplay both wacky and surprising that could well affect any generation of players. The general public, the game propelled by the studio behind Octodad made me see all the colors. Between quirky humor and creatures to collect (then to devour), Bugsnax remains above all an adventure game with narration and quests to follow. It will also not be enough to put your brain down, but also to think carefully about the various "puzzles" that will be available to you to capture the critters half-food, half-insects. That said, while Bugsnax offers a real mix of questing, adventure, and collecting, it could be quite confusing and not appealing to everyone. One thing is sure: the game is original. So why don't you visit the Bugsnax official website to learn more about it? Please also feel free to send out your comment down below about that game, you are welcome to do so.