The Dark Pictures Little Hope Review: An Inquisitive Town Too Little In Welcoming 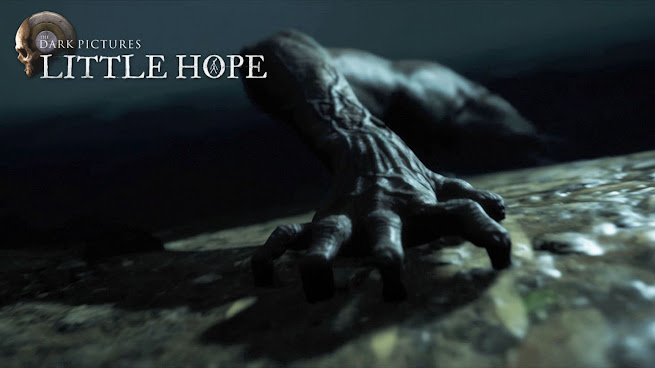 Horror has become a specialty of Supermassive Games, which takes great pleasure in seeing us shiver with fear since Until Dawn, released in 2015. The anthology The Dark Pictures is an opportunity for the British studio to fully immerse itself in the genre horrific and study all its facets. After the first episode "Man of Medan" which did not meet with unanimity, the adventure continues in Little Hope. New context, new scenario for a similar playful experience, The Dark Pictures Anthology: Little Hope will try to make people forget the mistakes of its predecessor. So are these guys from that studio will be able to do it? Let's find more about it.

The anthology is a great idea on paper that frees Supermassive Games from the grip of the units of place and time between episodes, but more importantly, allows it to revisit different subgenres of horror at will. This second part thus trades the warm and troubled waters of the Pacific for the misty plains of a New England town against a backdrop of witchcraft and collective paranoia ... which is reminiscent of the infamous Silent Hill. The writers took inspiration from some classic Survival-Horror, Supernatural Fog is the perfect example, as well as incidents in the towns of Salem and Andover to put together the story of this ghost town ... victim of a witch hunt at the end of the 17th century. The trip of a group of students accompanied by their literature teacher will quickly turn into a nightmare. Little Hope is the perfect place to torment this new cast, composed once again of 5 characters, all shaped in the great archetypes of the genre - the authority, the mother figure, the athlete, the optimist, the strong woman - without falling into excessive caricature. Renowned actors starting with Will Poulter (Black Mirror: Bandersnatch, Finding Narnia: The Dawn Treader Odyssey, The Revenant) once again play the main roles. Their performance, however, remains unequal.

The cinematographic intentions of Supermassive Games are evident here that goes far beyond mere reference. Cinema, literature, and of course video games are all sources of inspiration and tools placed in the hands of screenwriters and directors. The staging draws openly from these cult horrific works and plays with the codes of the genre to create a climate of tension. Outside of fields, debulled shots, jump scares, appearances in the foreground and/or last plan ... the 7th Art is in the spotlight, at least during a mastered first act knowing how to vary the points of view and the situations to better surprise the players. Unfortunately, all these good intentions erode like the buildings of Little Hope, throughout the 4 to 5 hours it takes to complete the adventure for the first time. Supermassive Games abuses jump scares (and screamers), and ends up stammering its staging to settle for only iconic shots ... winks supported by the masters of horror ... without reclaiming them. "A jump every 20 minutes or nothing" seems to be the mantra of the studio on this second episode which after showing white paws falls back into the ways of the anthology. However, the nightlife never turns into a complete disaster. The dialogues much less cliché than in Man of Medan and the much more plausible reactions of the characters have a lot to do with it. Without being a model student, The Dark Pictures works out its copy and sketches its style without really touching the goal. 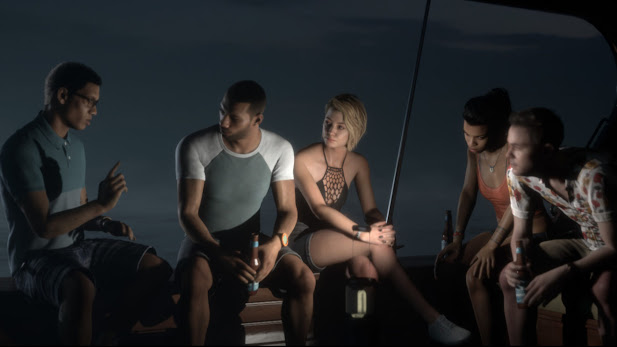 THE ILLUSION OF FREE WILL

The anthology The Dark Pictures does not seek to reinvent the genre, that of the narrative adventure game. Little Hope takes over all of Man of Medan's gameplay mechanics, so to speak, the opposite would have been surprising. Multiple choice dialogues, contextual actions, limited exploration, ever-changing relationships between characters to ultimately determine an ending among many available, interactive adventure seekers and survivors of the first episode should quickly get back to their good old ways. However, Supermassive Games is making several improvements to its formula, starting with the QTE (Quick Time Event) and the exploration phases. Contextual actions are very rarely a cause of frustration in Little Hope. Supermassive Games has made sure that these sequences which fully participate in intensifying the adventure are no longer a source of death for lack of understanding, but only for lack of reflex. Plus, exploration, rightly considered too interventionist, tries to give space to players who can now move freely ... or almost. Little Hope ultimately remains a linear adventure that sometimes turns into a walking simulator, even if it means intentionally breaking the rhythm of the story. It's all about the right mix, which Little Hope sometimes seems to forget. Choices, successes and failures are supposed to determine the fate of the group and especially the end of the story. Everything is designed to give players the feeling that they are influencing the narrative which is only partially true. Many decisions have little or no impact on the final destination. The players are faced with no choice. The character traits certainly alter the behavior of our 5 characters on the surface, which makes the dialogues evolve, unlike situations which in general end up being alike, no matter how you approach them. The adventure simply goes from point A to point B. Everything is then twists and turns with no real consequences on the outcome, which is frustrating.

Technically speaking, Little Hope is following in Man of Medan's footsteps. The good meets the correct, even the passable, very closely. While Supermassive Games' efforts to erase the mistakes of the first episode as much as possible are undeniable, the result does not always meet our expectations. The decorations and more particularly the light shows are given special care. Conversely, the characters still roam the Valley of the Strange (or Uncanny Valley). The rigidity of facial expressions and animations as well as the lack of life in the gaze remain relevant and remain a barrier to the transmission of emotions among the players, which are essential to fully experience this excursion to Little Hope. Note the presence of several multiplayer modes to enjoy this trip to New England with friends. “TV night” invites 2 to 5 players to discover the secrets of the village on the same sofa, while “Shared history” allows 2 online players to simultaneously experience the adventure with different characters, the actions of the one having an impact on the progress of the other. 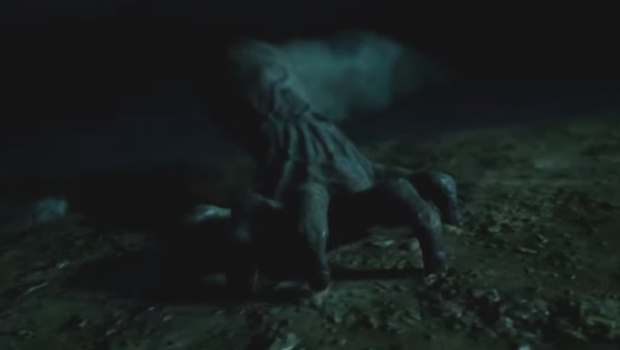 The Dark Pictures: Little Hope is aware of the difficulties encountered by Man of Medan, and tries as much as possible to correct them with more or less success. The new destination, the new themes, and the revisited horrific sub-genre breathe a breath of fresh air on this anthology which is not to displease us, quite the contrary. Partial overhaul of some gameplay mechanics and refined writing… Supermassive Games only partially improves its formula. The ubiquitous illusion of choice and obvious technical limitations leave a feeling of incomplete once the adventure is over. So if you need more information regarding this game, please visit The Dark Pictures Little Hope official website for all details. Also don't forget to comment down below. Enjoy!