The Falconeer Review: A Nice Aerial Shot That Does Not Avoid The Youth Mistakes 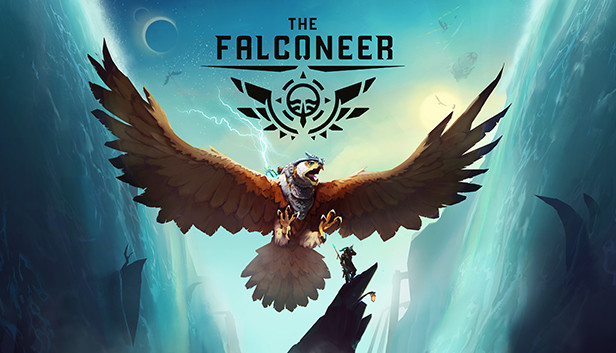 Is this Superman? Is it an airplane? No, it's a bird! Developed by a single developer, The Falconeer draws its inspiration from various aerial shoots as cult as Crimson Skies and Panzer Dragoon. Putting the player in command of a legendary raptor against a bestiary of fantastical creatures, the Wired Productions title brings a dash of RPG to an open world buried underwater. After a first meeting that raised more questions than enthusiasm, it is finally time to check whether this poetic shooter has anything to do with it.

Two weeks ago, we brought you our first impressions of The Falconeer, the warm-colored shooter available for the Xbox Series X | S launch. On this occasion, we explained that the title of Wired Productions was not an aerial shooter like the others thanks to its little RPG touch, while expressing some doubts about game design choices linked to exploration, to the construction of the world and fighting. Set in the universe of the Great Ursea, a place of ancient relics fought over by various factions, The Falconeer attempts to gain height by placing his characters at the center of geopolitical conflicts. Therefore, each mission that makes up the four available campaigns (excluding prologue and epilogue) begins with an explanation of the objective on a world map. The ins and outs of the quest are on display, as well as the alliances to be made, giving a very “Game of Thrones” dimension to the epic. The epic side in less. From perch to perch, the user actually scrolls through text menus to select campaign warrants, side quests, or spend money acquired from merchants. These offer various improvements for the hero as well as his faithful feathered steed, provided of course to have the right license. Entirely dubbed in French, the creation of Tomas Sala struggles to integrate the player into the cogs of his universe, the fault of a non-existent hero / bird relationship, and too generic missions. There is nothing wrong with the repetitiveness being felt in a third person shooter, but the feeling of always having to do the same thing in the same (large) level ruins the experience on the length. The challenge, tough if the pilot forgets to buy better guns, is not very well balanced. Some basic quests can be tricky, while more advanced ones can be completed in two steps. 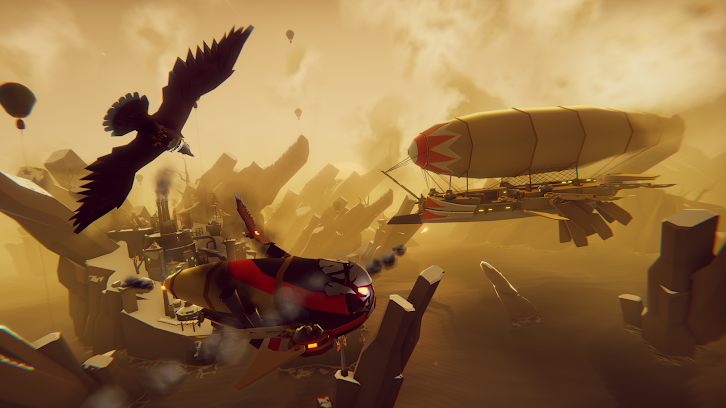 AN OLD-BASED SHOOT, BUT NOT THAT

Much like a Crimson Skies: High Road to Revenge, the Falconeer's quests mostly come down to protecting allies or delivering special items. Contrary to the work of FASA Interactive, the pilot does not board an airplane but straddles a war falcon. Joystick in hand, this means that the beast must be tamed since it is not just a pile of screws and nuts. In a straight line, for example, the hawk tends to swerve if no pressure is exerted on the joystick. Similarly, braking causes a change of direction, and the bird gains speed by being swept away by air currents. This interesting, very organic system that wants to give the impression of leading a living being rather than a vehicle has some flaws. The first comes from having to dive to regain stamina and thus be able to accelerate and spin. Even though we get the idea, playing roller coasters during clashes isn't the most fun. The second is that the air currents helping the raptor to regain the skies quickly have the annoying tendency to lead the pilot up even though the latter wishes to fly low during a battle. On a more positive note, the handling which mainly uses the triggers is well thought out, made more enjoyable by an Xbox Series X pad with better located “LB” and “RB” buttons. It’s still unfortunate that we don’t have access to a second weapon just to add a little more depth to dogfights. In combat, the sensations are quite good as soon as you improve your basic rifle. Although the player automatically regains his life over time, the ammunition is to be recovered by rushing through thunderstorms (or by picking up on destroyed enemies). Again, this cool idea is counterbalanced by a rather frustrating overheating system. Hovering near the lightning balls when the ammo tanks are full causes an overload, which destroys the catalyst (to be purchased from a merchant). But in the heat of the moment, or rather in the thunderbolts of storms, it can be tricky to avoid overheating, especially when the adversaries are numerous and the drafts send the raptor straight back to the electrified skies.

In this open-world where the war between different factions is raging, the player has the possibility to roam freely. This allows you to discover new places such as going to the Flying Post to buy a Lightning Launcher, Grocanon, Poison Spitter, or other destructive weapons. If each successful mission brings experience points that fill various gauges (agility, speed, health points, regeneration, etc.), the power of the weapon is primarily determined by the model purchased from the merchants. As much to be clear, equipping a Grocanon will cool down most opponents with a few well-placed hits, dramatically facilitating progression despite the high resource consumption. Unfortunately, the speed of the dragon and the few things to do/discover in the Great Ursea plague the urge to spin in the wind. The Falconeer simply fails to make its journeys thrilling, to the point where the game very regularly offers to teleport rather than travel on its own. Rather disjointed in its storytelling due to the peck-and-go chapters system, the Wired Productions shooter fails to bond with its user. Good ideas, such as being able to become a pirate by overdoing friendly fire or changing the recoil of the minimap according to altitude, cannot hide the approximations. It's a shame because, on its strictly technical part, the software from Tomas Sala is of good quality. Playable at 4K / 60fps on Series X and 1800p / 60fps on Series S, The Falconeer features polished animations that serve a clean art direction that is pleasing to the eye. The impression of flying over a void is quickly felt, however, while the different regions vary too little. Fortunately, the successful climatic effects add cachet to what is displayed on the screen. Yes, on an HDR television, the title of Wired Productions shines brightly. 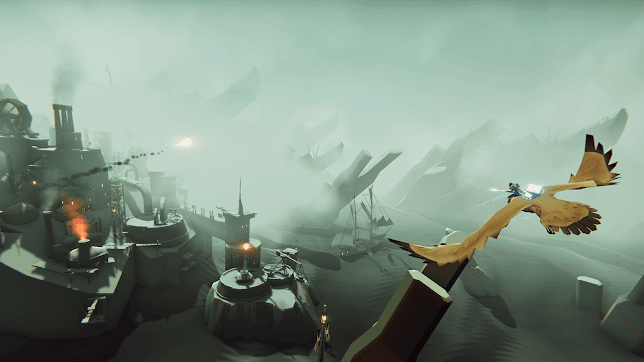 Despite Its pleasant artistic direction and its ambition to tell a complex story with multiple ramifications, The Falconeer lacks a little soul during his ten hours of play. The developed lore struggles to include the player because of a lack of attachment to the heroes while the uninspiring missions, even generic, weigh down the desire to progress. Fortunately, his overall successful dogfights as well as his few flashes make this aerial shoot an experience that deserves attention. The work done by its sole developer is obviously remarkable: his love for an endangered genre shines on every feather of the Fantastic Falcon. For more information about the game please visit The Falconeer official website for more details and as always, don't forget to leave your comment in the form below regarding this post. Let us know about what impression you have with that video game. Enjoy!