Chronos Before the Ashes Review: An Accessible And Charming Souls-Like 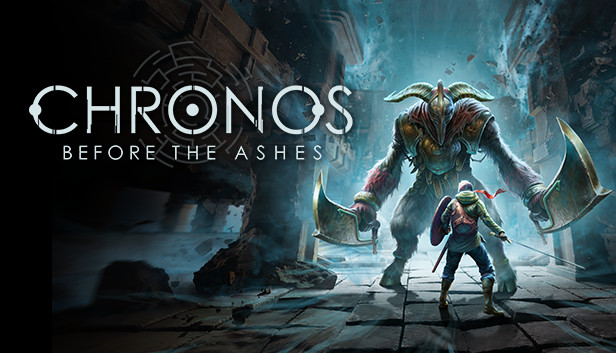 Almost unnoticed when it was released in 2016, Chronos had the merit of being one of the first ambitious single-player games entirely in virtual reality. Today, his parents invite us to dive back into his world with this late porting to consoles ... The Gunfire Games studio has been increasing its releases lately. After DarkSiders 3 and Remnant: From the Ashes, here the studio is giving us a redesign of a game released which made a lot of noise in the world of VR in 2016. For its passage on consoles, Chronos was entitled to a complete overhaul, turning into a true Souls-like. The camera also switches to a third person, for an even more immersive experience. Here I find all the codes of the genre with relatively linear levels filled with recesses where various threats can hide. A few hits are enough to get you down. The enemies are tough and to overcome them, you will have to be careful. You take blows with your shield to attack only when your opponent drops his guard. As in other Souls-like, gaining experience is also essential for advancing the abilities of your character. 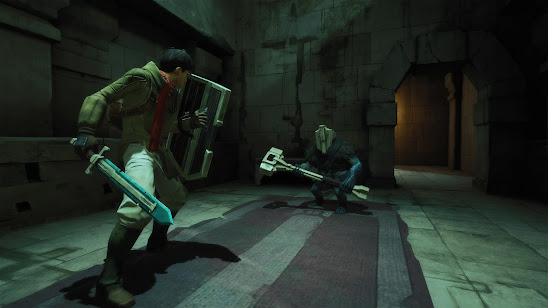 If it takes the narrative of the VR game released in 2016, Chronos is a Souls-like all that there is more classic in terms of gameplay. However, handling the game is significantly more accessible than in other games. One button is dedicated to light strikes, one for heavy strikes, one parries, another roll and finally, a button is dedicated to the use of shields. While it will take some technique to progress, Chronos is overall a more accessible game than the average Souls-like. A few boss fights will force you to start the same game sequences over and over again, but compared to a Dark Souls, the save points are much more, the small enemies that populate the levels less brutal, and the traps less vicious. A beginner will not have too much trouble overcoming this, as long as he knows how to exercise a minimum of patience. Because with each raid, the player will gain experience which will allow him to increase his character's capacity, from his attack to his health level. By gaining levels, our hero will also be more and more powerful and his task will in theory be easier and easier ... But be careful not to waste your lives, because Chronos has this unique feature of aging of the character. With each death, your hero will age a year. Young he will tend to accumulate strength experience points faster, old he will show more wisdom. It goes without saying that the number of runs is also limited to around 80, from 18 to 99 in fact. Knowing that you will use between 5 and 10 lives per boss, you have to be careful ... In terms of gameplay, mastery of dodging quickly becomes essential to hope to win your duels. The enemies are tough but also very aggressive. Unlike other Souls-like, the energy bar is of little importance here. 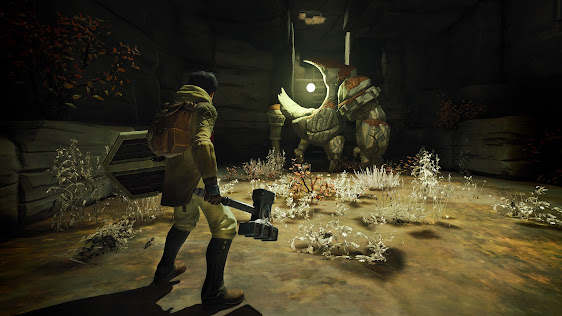 If the playing experience is a little light on the combat side, Chronos has this unique feature of also offering puzzles that will have to be solved to progress in the adventure ... the Gameplay level, and the game sequences are also quite varied with puzzles, some short infiltration sequences, exploration, loot, and combat. Chronos also shines with the originality of its universe, halfway between science fiction and fantasy. I find myself here thrown into a quest that will lead my hero to face a dragon. The background is intentionally minimalist, but the game brilliantly mixes genres, against a backdrop of time travel and medieval-fantasy quest. However, I clearly regret that the only elements that will allow me to dig a little deeper into the plot are reduced to some information gleaned from bits of parchment. A few nice cutscenes could have made the title a little more accessible to the general public ... 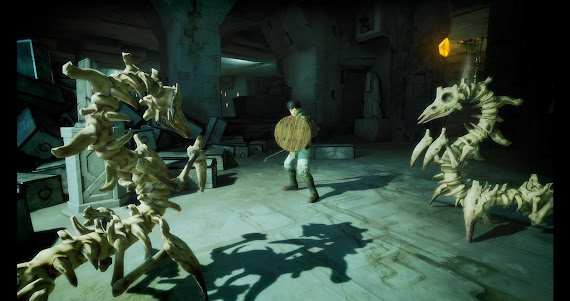 Surprisingly varied, sometimes surprising even in its direction, Chronos is a game full of charm for Souls-like buffs as well as for neophytes of the genre. However, don't expect a very long quest here since the game is still relatively short. Allow 5 to 8 hours to see the end of it, which is already not so bad given the price at which the title is sold. Unlike other Souls-like, however, replayability is very limited here. On the production side, I feel the weight of the years. Chronos doesn't have to be a very pretty game, but its seductive artistic direction and very mysterious soundtrack give it a certain charm. The developers have voluntarily opted for a very cartoony style that suits him rather well. Clearly, a few textures are missing, the character modeling is often minimalist and yes, you will encounter a lot of small bugs during the adventure, but for a game on a low budget, the result is very convincing. While it won't faze you, Chronos is nonetheless a game that will surprise you on more than one occasion with its mysterious universe and daring choices. Quite clearly, I am closer to an indie game than a triple-A here. But for the occasion, it's finally not that bad ... 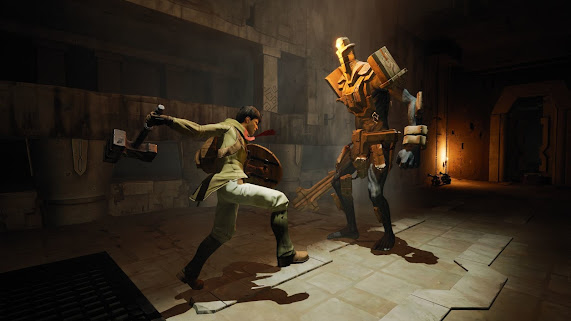 Chronos Before the Ashes Conclusion

A late port on consoles of a virtual reality game that received rave reviews when it was released in 2016, Chronos: Before the Ashes is a souls-like full of charm, which stands out from other titles in the genre by its mysterious universe. - half-fantasy science fiction, its cartoony artistic direction, and some original ideas, such as the fact for example that your character will age a year with each death… Much more accessible than a Sekiro or a Bloodborne, Chronos is presented as a nice gateway to the genre for players who are not used to playing this type of game. The fights are nonetheless technical. To defeat his opponents, the player will have to be patient and study their patterns. Chronos also stands out from other Souls-like by its diversity, with very surprising boss fights, the presence of puzzles, and a little adventure game that sticks to it like a glove. The experience is not very long (allow between 5 and 8 hours of play), but the game is sold at a rather attractive price. If you like titles that go off the beaten track, you will have a good time in his company, provided of course that you do not pay too much attention to the somewhat dated production. If you are more interested to learn about the game, please visit the Chronos Before the Ashes official website, or lease your comment below that post.