Cobra Kai: The Karate Kid Saga Continues Review, Thank You Or No Mercy? 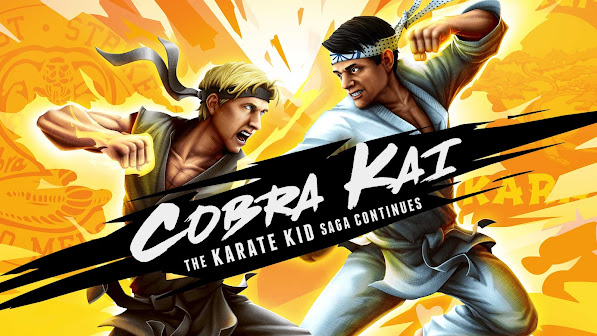 There is an unfortunate truth about blockbuster sequels that come a long time after they stop: they are very often of poor quality. When I heard about the continuation of the Karate Kid trilogy, I was also entitled to expect yet another sequel without interest or originality. However, this one is far from the case with Cobra Kai, the excellent surprise of recent years. While fans are waiting with firm feet for the third season scheduled for 2021, it is his video adaptation that is all about today. There is also a sad truth about adaptations of a video game movie (and vice versa) that Cobra Kai: The Karate Kid Continues tries to escape.

A SCENARIO THAT LACKS PUNCH

Know above all that this review will not contain any script spoiler on the series for those who will discover its universe with this installment. For others, do not expect huge twists or revelations related to plots or characters. In fact, it is even difficult to fit this title into the canon of the series as the situations turn out to be totally surreal and totally unimaginable in the plot of the saga. Fortunately, this title does not claim to be between season 2 and 3, which you should start without missing a beat. Cobra Kai places a plot that begins immediately after the events of season 2. However, rest assured, this is a short sequence to put the context of the series, and especially the rivalry between Cobra Kai and Miyadi -Do before diving into the past, more precisely from season 2.
The narration is presented to us in the form of lightly animated comics, narrated by the protagonists. First good news, fans of the original version will recognize with great peace the official dubbing of a large part of the cast: Ralph Macchio (Daniel), William Zabka (Johnny), Jacob Bertrand (Eli / Hawk), Mary Mouser (Samantha) ) and many others. Excellent news also, knowing that each protagonist is more or less important in the plot when others are totally forgotten. Also, don't expect two well-separated stories between the two dojos. If the dialogues and relationships between the characters are different, the situations and levels remain the same. In the end, the whole thing seems very disjointed and has no other goal than to display the conflicting relationship between the protagonists, whose source of conflicts and their character are however well respected. 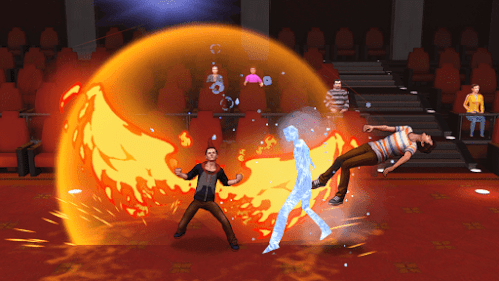 But then, do we feel pleasure during the six hours necessary to complete the game for the first time? The first impression will be, it must be admitted, rather negative. At the helm of Miguel or Samantha, you will have very few techniques for the first level, and the first moments are particularly boring. However, I quickly take my marks in this title strongly inspired by arcade machines or old beat'em up of the 90s. Each defeated enemy will give you experience points to spend between two levels and a counter appears to count the number of hits you land on enemies, as well as a rating that climbs as you stay unharmed. The player can waltz his enemies in the air, eat to recover health, take-downs ... in short, so far, we are in a pure and hard fighting game. If you are familiar with the series, then you will notice that each level is inspired by a famous place, with some often nice nods.
Thankfully, while the first few moments can seem boring, the gameplay gets denser as your fighters get powerful and the challenges come true. The arsenal of techniques is growing considerably and each of your characters has an ultimate technique more or less related to his personality and his dojo (Daniel and his famous shot of the Heron). These techniques are unfortunately totally failed from a visual point of view in addition to being completely anecdotic for one or two characters. Moreover, it is obvious that choosing to fight for Cobra kai or Miyagi-Do is not a trivial choice. A fighter from the Lawrence dojo will hit harder, do more damage with flaming attacks, while a student of Daniel will have more resistance, hit points in addition to frozen attacks. In the idea, it's very nice, in fact, it's Cobra Kai who wins (sorry Dany).
Not only are the fire fighters (Miguel, Johnny, Hawk, and Tori) more fun to use, their ultimate attacks are much more effective. Plus, the game is not very difficult, the interest of playing a member of Miyagi-Do (Daniel, Samantha, Robby, Demetri) is more questionable since it is difficult to die. Since we are talking about the difficulty, we might as well talk about the bosses scattered over the thirty or so levels that make up the adventure. As much to say it at the outset, they are totally failed in addition to being totally incoherent in the universe of the saga. For example, you will have to face Demetri, the weakest character of the whole series of which he is the comic relief or even a businessman who only appears a few seconds in the original series. Also, and like all self-respecting 2D or false 3D bosses, most of them do not offer any challenge since it is enough to get them stuck in the angle of the camera and hit them mercilessly until the end of the level follows. Note also that the Cobra Kai can strike an opponent already on the ground ... 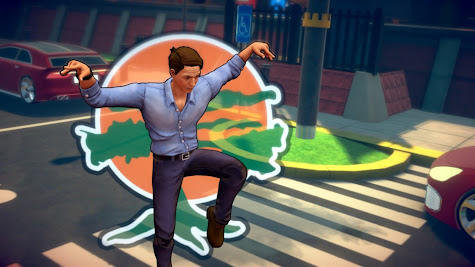 DANIEL-SAN IS NOT ENOUGH

Finally, let's talk about the visual part of a title which, frankly, is pretty ugly. If we easily recognize the embodied protagonists, it is clear that the rest does not hold up. The sets remain sadly empty despite great efforts made on the fan-service and are terribly lacking in life. The cars on the roads do not circulate, the civilians in the background are motionless for the most part (only a few rare NPCs are animated, especially on the arcades) and many levels look-alike while offering the same scheme. The bugs are numerous (it is not uncommon to come across a character without a head ...) and some animations are sometimes bordering on an insult for a game that comes out at the dawn of the release of the PlayStation 5 and of the Xbox Series. The same story for the characters who have not all benefited from the same care: if some like Hawk or Johnny had the right to better treatment, others like Tori or Sam are barely recognizable and also benefit from ultimate attacks totally failed. On the other hand, everything is not to be thrown since it is possible to play with the decoration to get rid of the enemies, and this often in a fun way with animations which one will qualify as correct. I could of course forgive these errors and visual concerns that tarnish the gaming experience; however, it is difficult to be indulgent in the face of a title offered at the rather expensive price of 40 euros, which is a not-insignificant sum given its quality. 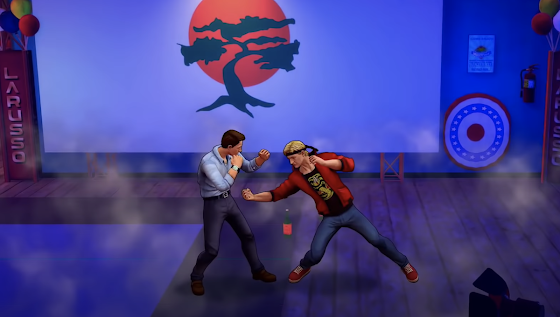 It is difficult to objectively rate this Cobra-Kai in an industry where this type of game has completely disappeared from the shelves. The idea of ​​honoring the series in a beat'em up a tribute to the 80s was good; unfortunately, the developers did not take advantage of the many generations that followed to bring the wind of freshness and new features necessary to the quality of the title. I end up with a game that could very well have been released many years ago despite some undeniable qualities that provide a certain playing pleasure. For this result, it is difficult to want to spend too much money on it. Cobra Kai remains a far from the unpleasant vent that might suit fans of the genre or series. It's up to you to see if you want to pay the price. If you wish to learn more about the game, please visit the Cobra Kai official website for more details. Also you can leave your comment below this post and tell us about your own experience with the game.