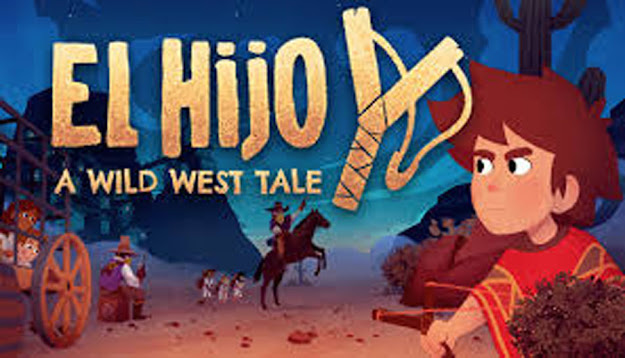 Announced since E3 2019 before not being heard again until last summer, El Hijo: A Wild West Tale finally landed on PC via Steam and GOG as well as on Stadia on December 3 at a price that everyone can afford. Note that it will also be released on consoles at a later stage, no release date has yet been mentioned.
Developed by Honig Studios, to whom we owe in particular Milli the Snail but also many fun applications for children, and pushed by the publisher HandyGames, El Hijo: A Wild West Tale will plunge you into a very mysterious universe where infiltration will be ubiquitous. With a spaghetti western atmosphere, you will play a young 6-year-old boy, ready to do anything to find his mother and save her from bandits and other cowboys of all kinds. Offering many puzzle games in addition to gameplay based on infiltration sequences, all through thirty levels, will Honig Studios manage to take you into its world? This test will attempt to answer this question.
I tested El Hijo: A Wild West Tale on a PC with the following configuration: a GeForce RTX 2060 graphics card, 16GB of RAM, and an AMD Ryzen 5 3600X processor. I finished the game after 5 hours and inspired a lot of the kids. The controller was privileged. 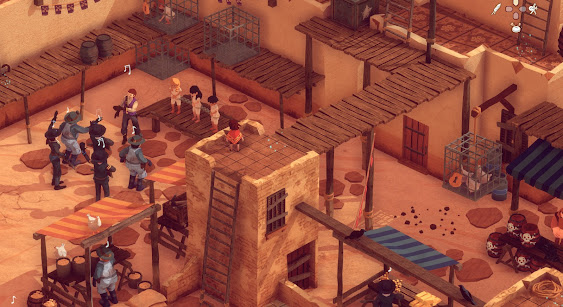 The right ingredients for a stealth game

The story will begin quite simply: a gang of thugs will ransack and burn down your home. So here you are on a forced flight, you, a 6-year-old boy, and your mother. The latter will entrust you to a monastery to protect you from bandits, but you will not hear it that way. In fact, as soon as you arrive in this building, you will have only one thing in mind: to flee. And you will quickly realize that in the universe of El Hijo: A Wild West Tale, children enslaved are commonplace. So here you are on a frantic quest for freedom, with the search and pursuit of your missing mother as a common thread.
Through a succession of levels, 30 including the epilogue which is ultimately not one, you will have to try to slip between the legs of your enemies by trying as much as possible not to be spotted, all with an isometric view. For this, all the classic ingredients of the infiltration genre are there and quite well developed: you will be able to observe the field of vision of the various enemies, which will allow you to anticipate as well as possible the hidden areas of his gaze. With a skillful play of light and shadow (where no one will see you in the shadows, even if the enemy is right in front of you), you're going to have to juggle all of these mechanics to sneak through.
Also helped by a range of skills, few but largely sufficient, you can attract the attention of your enemies in different ways: throw a stone to attract it in a given direction, send a player, swing fireworks to stun your target, or even launch a smoke bomb filled with pollen that will allow you to go unnoticed. The environment will also be your ally in this infiltration, offering you many hiding places. Your vision can also be widened on an ad hoc basis, using your bird, which will also allow you to have a wider vision of the area and, also, anticipate the rest of the level even better.
This infiltration coexists with puzzle-game mechanics, very present in El Hijo. Quite varied in terms of their operations, these puzzles will allow you to access inaccessible areas at first. Remaining very affordable, they allow you to vary the pleasures a little in sequences of infiltration that can sometimes prove to be sluggish and quite repetitive after a few hours. 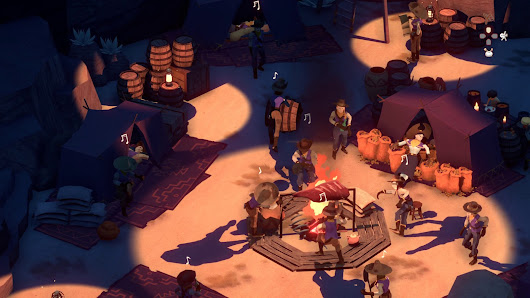 Despite gameplay that manages to renew itself at the rate of the levels, by bringing new features quite regularly, the observation remains in spite of everything without appeal: after a few hours, El Hijo: A Wild West Tale becomes repetitive. And it's not the few sequences where you play the mother of the little boy that will change anything.
Quite a few in number, these sequences allow you to adopt a new, more edgy style of play, but this only affects a few levels in El Hijo's 30s. A drop of water in short. Likewise, you will be able to drive a wagon from time to time, which can sometimes get you out of an ambient monotony, without completely revisiting the title and allowing you to continue playing while having as much fun as at the beginning.
Fortunately, this small flaw does not obscure the overall quality of the work, which is clearly well made. Even though the soundtrack is rather understated, while a very large fringe of gamers would certainly have been receptive to tunes straight from the Wild West, the colorful and childish graphics will catch your eye quite quickly. The variety of different biomes, despite the ubiquity of sand and a dominant beige color, is pleasant. You will pass from a rather dark monastery to the unwelcoming desert, passing by gold mines and a bustling village.
Having a relatively short lifespan of 5 hours, it is still seen extended if you decide to complete it 100%. Each level will offer you to inspire a number of children, who will sometimes reward you with various items useful on your journey, and, if you want to find and free them all, it will take you 8-9 hours to complete them all.
In fact, the level design of each level is done in such a way that the path to the exit can sometimes be different from one player to another. Exploring this universe from top to bottom will allow you to discover a number of alternative paths that will offer you some secrets. And, if by any chance you are hungry for more challenges, each level completed without being spotted will unlock bonus content, including magnificent artwork. 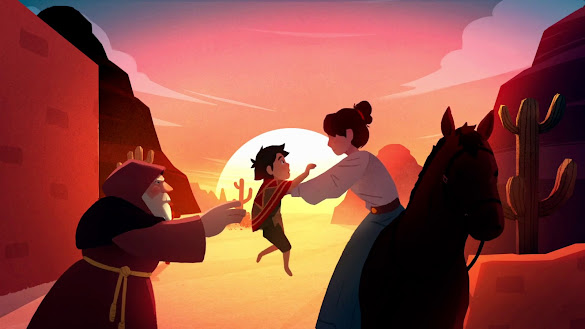 With El Hijo: Wild West Tale, Honig Studios has been keen to offer a great video game experience in the heart of the Wild West. Full of mysteries, this adventure will allow you to embark on a minimum of 5 hours of infiltration and fun. Despite some redundancies, the bet is still successful and you will come out of this epic with very good memories. Even those eager for a challenge will have it for their account!
For more information, please visit the El Hijo: A Wild West Tale official website for all details.
By the way that was my last game review for the year 2020, I'll be back in 2021 with some awesome games, so you might want to come back later on this blog for future gaming entertainment. I wish you an happy new year 2021.