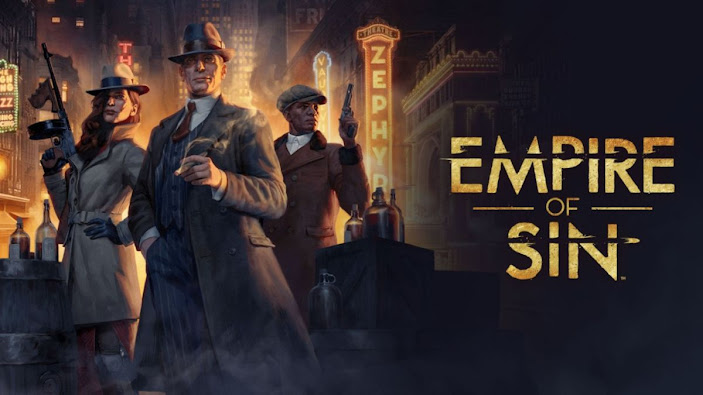 Announced as part of E3 2019, Empire of Sin has set itself the goal of restoring mobility to a genre that has never really taken center stage: the game of managing a gangster empire at the heart of prohibition. Halfway between tactical and management, Empire of Sin deploys good ideas, unfortunately not always well executed. Note that, while the game was released on home consoles and Switch, I have only had access to the PC version for the time being. The game review below is valid only for this platform. 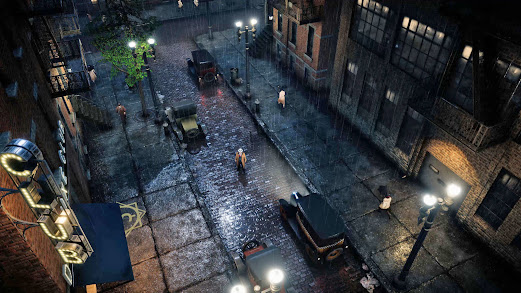 WELCOME TO THE FATHER

The premise of Empire of Sin is simple, to say the least: it will be necessary, by force or by cunning, to try to conquer a city, by establishing your authority district after district. It will all start with the selection of one of the many characters playing a gang in the game. Each of them has their own unique stats and qualities. Whether it's a decrease in the cost of maintaining certain buildings or an increased generation of loyalty from your men, for example, it's up to you to choose the character that suits you best. Note also that each avatar will have a personalized introduction and will have a unique ability to use during combat. If, in fact, the singularity of each gang leader will not upset the whole experience, the diversity is still there and is to be welcomed. After a short tutorial, you will quickly be parachuted into the city, which you can explore by neighborhood at your leisure, moving at the click of a button. Your exploration will be the occasion to meet the members of the opposing factions. From then on, your first choice arises, which will be recurring with each new meeting: will you choose to collaborate with the new family or will you fall directly into the threat? It's up to you to see, but as much to say that it will take a solid poise to be able to fight a war against a well-established gang. It will also be necessary that you gradually extend your influence on the city and this takes place in several ways, starting with the acquisition of different buildings. 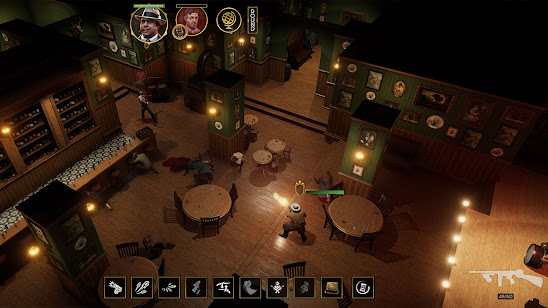 Before even going to attack the property of certain families, you can choose to go to neutral warehouses, occupied by thugs. If you can get through it, you will have the option of converting the locations into various businesses. Breweries, in order to ensure constant production of alcohol, bars to serve it, hotels, brothels, and casinos will be all sources of income that will need to be pampered to ensure their profitability. You can also, for a fee, increase the level of security of the premises, promote word of mouth or decoration in order to improve attractiveness. It is only at this price that customers will come to your establishments and offer you some financial guarantee. You can also set up certain synergies which, once certain types of buildings have been owned, will allow you to access additional constructions. To earn a little starting money, you can start by completing a handful of more or less scripted quests, which sometimes offer you certain choices to make and which may have a direct impact on your empire or on the perception that the families in attendance as gangsters will have you. It will then be necessary to ensure that enough alcohol is produced to supply your establishments or to ensure that the spirits you serve are in line with demand, in order to maximize your profits. As you increase the number of businesses, you will gain a reputation and will then be able to recruit increasingly powerful gangsters, some of whom, once appointed, can perform certain tasks for you. However, the recruitment of your armed arms will have to be a minimum thoughtful, because, in addition to certain classes inherent to this or that gangster, each of them has its own relations. Thus, if an applicant is cold with a member of your group, he will refuse to join your ranks. Worse yet, if a bond is established between two elements of your squad, if one of the lovers dies, his partner might as much leave your group as flee the fight. 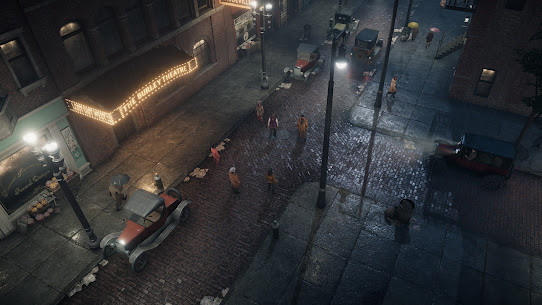 TOO HEAVY AND TOO CLASSIC COMBATS

And that could prove to be very penalizing since fights, you will do a lot in Empire of Sin. On this point, the game is very classic, even rather unconvincing over time. On the turn-by-turn component, the title is minimal, with its movements on the grid conditioned by a handful of action points to be distributed according to your convenience. Covered, half-covered, vigilance shots ... almost all clichés of the genre are present. It is more in the many bugs, in their heaviness, and in the AI ​​problems that the fights find their weak points. In fact, it will not be rare that a complete cover does not prevent the enemies, however located outside your field of vision, to shoot at you and to manage to touch you. In addition, the behavior of opponents is often inconsistent, but, worse still, the triggering of each action is not fast enough to inject some dynamism into the whole. Thus, if by chance many enemies are in the presence, the taking of turn is triggered only at the cost of a waiting time which taken individually is acceptable, but which becomes much more problematic over time. Moreover, the classicism of the confrontation system forbids it a real tactical depth, thus reducing the game of a good part of the pleasure spent the first hours of play. And it is all the more true that certain fights sometimes multiply. unnecessarily. If it will be necessary, to eliminate a gang, or to take possession of an opposing building, to go through the square, confrontation, it will be the same for each defense of your territories. While this approach makes the most sense, in fact, it is more tedious than anything else. Thus, in the event of war, the opposing faction will patrol the streets of the city and attack all your buildings. At each meeting that takes place, even when you are not yourself present on the spot, the game parachutes you, after a brief loading time, to the scene of the brawl. It will also have to be resolved first. However, if you had only assigned a few guards outside the doors of one of your bars, for example, you know that the outcome is bound to be fatal. Once the fight fails, the game teleports you back to your main character and, a handful of seconds later sends you straight back inside the establishment that you failed to defend. A new fight then starts. And if the thing can quickly seem redundant, it becomes downright prohibitive since it tends to multiply ad nauseam. It was sometimes necessary for us to resolve no less than 8 fights in a row, fights that would have benefited from being resolved automatically. 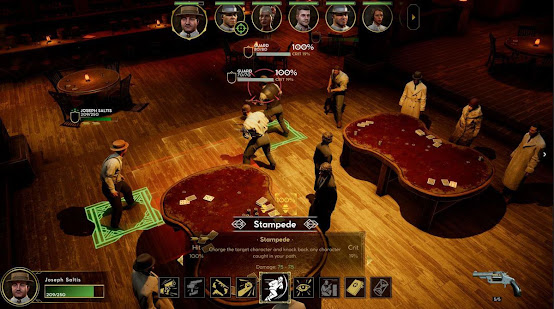 It is all the more regrettable since in the end, Empire of Sin is not unpleasant and that on paper, this mix between combat and management was rather attractive. It is also quite nice, at the start of the game, to have fun planning your actions, to try to optimize the production of your buildings, to bribe the police to protect you, or to seal alliances with opposing gangs. The result is a real feeling of taking power and conquering really not unpleasant even if, unfortunately, after 6/8 hours of play, the feeling of having been around is quickly present, and we are surprised a little too much. easily to act in automatic mode. If the quest systems, choice events, and battles had been improved, Empire of Sin would have been much better. While it is not a bad game, Empire of Sin is sometimes disappointing in that it fails to give shape to complementary ideas that could have been good. If the first hours in the game are rather pleasant and that we take pleasure in growing his empire of crime, once the management mechanics assimilated, the game goes on automatic pilot. In addition, it proves too unconvincing in his fights, conventional, sometimes buggy and which often seem interminable, because too repetitive and not very nervous. Not uninteresting then, but not as balanced or entertaining as one would have hoped.

For more information about the game, please make sure you visit the Empire of Sin official website for all details. Also, why don't you leave your comment below about the game. It's always appreciated.