League of Legends: Wild Rift Review - The Rift in the Pocket iOS Android 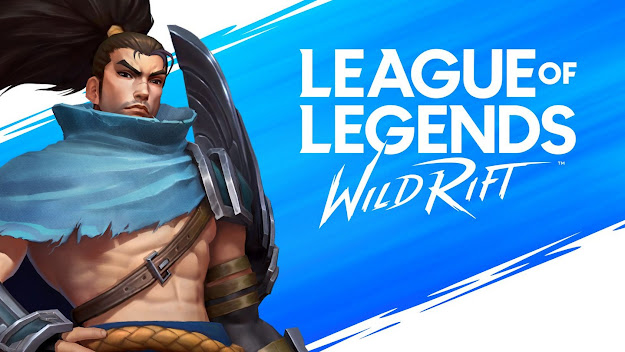 Announced during the 10th anniversary of League of Legends, Wild Rift promised to deliver the LoL experience on mobile as faithfully as possible. After gradual deployment around the world, the beta of this take-anywhere rift is finally available for us. Does Wild Rift capture and capture the essence of League of Legends? Obviously, it was impossible for the Riot Games teams to outright port a LoL density MOBA to mobile. Designed for the keyboard-mouse combo, this arena game whose games regularly reach 45 minutes had to be revamped from A to Z to be relevant on our phones. To say the least, the challenge was met with flying colors. The foundations of this competitive game remain unchanged. Two teams of 5 players compete on a map consisting of 3 lanes and a jungle. Participants must destroy the opposing defensive towers, opening the way to the nexus which when destroyed offers victory. They can also control various neutral objectives granting significant bonuses to the team that manages to claim them. Overall, the experience is also very close. However, you quickly realize that most of the waiting times have been reduced. Returns to the tracks are much faster, the gold gain is greatly accelerated while recall time is halved. The rise of our champions is also much faster and downtime much less frequent. There is also a much faster lengthening of dead times. The duration of the games is also affected and is around fifteen minutes, which is ideal for a mobile session. We may regret that on the other hand, the snowball effect seems particularly marked and the games necessarily lose a little depth. Especially since the latter is not easy to counter because of the more complicated communication on mobile. This makes it harder for players to organize themselves when faced with an opponent who has become difficult to manage. 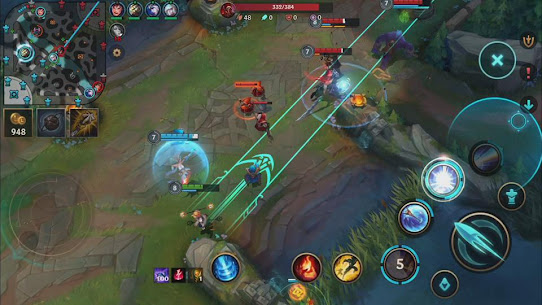 The biggest challenge of this version was undoubtedly in adapting the controls to a tactile medium. This is probably the aspect that impresses the most when you get to grips with Wild Rift. While many mobas exist on mobile, few offer such dynamic confrontations and untargeted spells to place. A large part of League of Legends gameplay relies on Skillshots, these spells requiring you to precisely target an opponent by anticipating their trajectory. While these projectiles are bound to be a bit more difficult to use than on PC, they are no less satisfying to use. Thanks to a clever preview and aim system requiring the player to slide their finger over their skills, Wild Rift manages to effectively render the exhilarating sensation of finishing an enemy with a mystical shot from Ezreal or decimating an entire team with using the Lux laser. A well-thought-out priority system always ensures that you target the right target and while some characters are more complicated to pick up, the set is quite impressive. Basic attacks on a minion or tower have their own dedicated button, leaving the primary attack button to the nearby champion with the lowest health. The movements on their side are operated using a virtual stick, which contrasts radically with the traditional method of movement of LoL relying on the right click and the pathfinding. This new way of moving will potentially create a much different meta, as shooters become even more powerful. In fact, their significant damage and the ease with "hit & run" resulting from the virtual stick make them formidable in many situations. It will take a few weeks for players to take control of the game to attest to real imbalances, but it is clear that Wild Rift is very pleasant to take in hand and shows many good ergonomic ideas to create gripping clashes. In addition, you can completely customize the layout and size of the virtual buttons to make it as pleasant as possible. It is also quite possible to play on a tablet, for example. 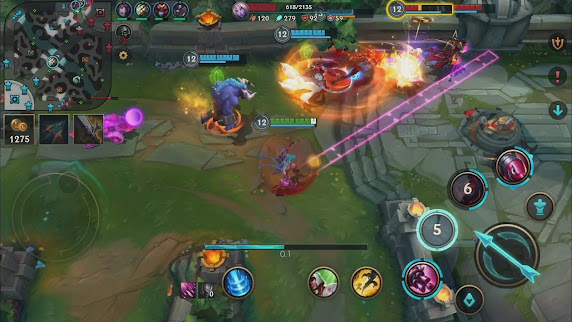 This proofreading still makes a concession of content. At the moment, about 50 champions are playable against more than 150 on the computer. Although Wild Rift does make available many popular champions, it suffers from the comparison with its model. However, it is obvious that adapting gameplay from one platform to another takes time and is sometimes not possible. The selection offered is still very pleasant and it's a safe bet that every player will find something to suit them, but many players will regret the absence of their favorite champion, to be sure. From a game mode perspective, it's simple, Wild Rift sticks to its revamped version of Summoner's Rift and ranked mode. The latter is seen adapted to the dynamics of the games and some walls disappear to allow faster rotations. The watchword of this redesign is dynamism. And it is clear that the result is convincing. No ARAM or secondary modes at this time. However, I appreciate that Wild Rift is listed as an extension of LoL by offering the same list of friends and the same communication features. Champions and skins acquired on LoL are unfortunately not unlocked in its mobile counterpart, but some heroes and skins will be offered to loyal players when they first log in. From a technical point of view, Wild Rift is pure bliss. Just as beautiful as its PC counterpart, it offers a few graphics options such as framerate lock at 30 or 60 FPS. The artistic direction still works wonderfully and the title does not make any plastic sacrifice. The interface for its part is adapted and if it turns out to be functional, I would have appreciated more customization on this aspect. Cannot adjust the size of mini-map or announcer messages. Apart from this small pitfall, Wild Rift keeps all its technical promises and runs perfectly on a mid-range phone dating from two years ago. I play League of Legends, on the phone, and ultimately that's all that matters.

It would be hard to describe this mobile version further to you, as most of the depths of the original game are still there. The system of runes is virtually identical, that of purchasing items and equipment as well, while it is based on the same economic model.  Still, by offering shorter games, LoL Wild Rift stands out and gains in accessibility. Less tense, less demanding, but also less restrictive, this version may suit many player profiles without distorting the experience. Where the long, breathless parts of PC gaming can generate frustration and toxic exchanges, those of Wild Rift is meant to be much more relaxed. An excellent point. 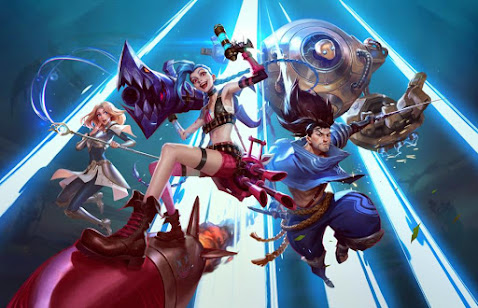 Far from lazy porting, Wild Rift makes complete sense on mobile. Its intelligent ergonomics create gripping confrontations and manages to restore what makes League of Legends salt. More accessible, shorter, and less frustrating, the games of this mobile version could represent a perfect compromise for players who have dropped out of LoL and its grueling games, or for those left on the sidelines by its demanding prerequisites. For others, this experience is a logical extension of Summoner's Rift and has a place on their phones. If we regret a set back content or a few missing options here and there, Wild Rift is nonetheless an exceptional mobile experience that manages to superbly transcribe the sensations of one of the greatest competitive games in the world. market. For more information, just visit the League of Legends: Wild Rift Review official website. You can also leave your comment below and tell us about your own experience about the game. You are welcome to do so.