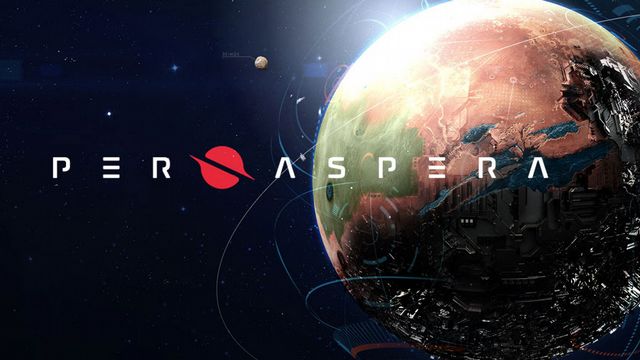 After being approached for a preview in October, Per Aspera has been released on Thursday, December 3 on PC. Convincing during the first hours of its Campaign mode, in particular thanks to rich and complete gameplay. Does the title manages to do the same in the long term? Answer in this game review carried out on a PC with 8 GB of RAM and equipped with an Intel Core i5-9400F (2.9 GHz) processor and an NVIDIA GeForce RTX 2060. The game ran in configuration Fantastic throughout the testing phase. This lasted about 40 hours, the time necessary to take full advantage of what the title had to offer, mainly in the context of its Campaign mode on “Normal” difficulty. Taking place in a future halfway between science fiction and what comes as close as possible to reality, a few hundred years after our era, Per Aspera allows you to embody AMI, the Artificial Consciousness of Mars. Designed as part of a special project of the ISA, the International Space Agency, its mission is to terraform the Red Planet so that humanity can colonize it. A task far from easy, especially as certain events will disrupt it. Will you achieve your goals and, if so, how? This is for you to decide. Offering a rather pleasant storyline in the long term, in particular thanks to neat but rather disjointed writing and high-quality audio dubbing, the game will allow you to make several choices during your adventure.

For a long time, these will mainly serve to define the personality of AMI without causing major consequences on the course of your quest. This will be done through dialogues with several characters and especially with the AI ​​which will ask itself questions. When you reach the final act of the campaign, your decisions will have more impact and will truly determine which of the three different identified paths you take to end your Martian epic. Note also that storytelling is not a simple common thread that you have to foolishly follow to the letter to succeed in terraforming the planet. It's more of a coating that, as you go, will open up different paths for you that you are free to take or not. Other than during the first few hours of play, the instructions you receive can be left out if you wish. Your one and only goal is and always will be to make Mars habitable, and there isn't just one way to do it, which is especially valuable. 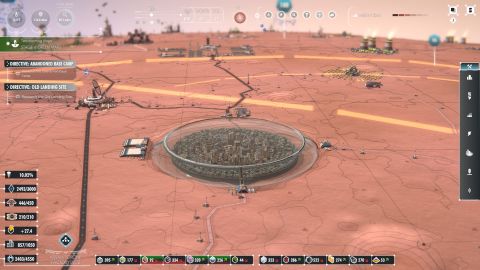 In addition to offering a well-groomed storyline, Per Aspera has rich and complete gameplay, more focused on realism than science fiction. Although it takes time to understand all their specifics, the many mechanics to manage your infrastructure hold up and should amply satisfy fans of management games, including the most demanding. From start to finish, you will need to constantly ensure that you have access to the raw materials in the soil of Mars by building mines (aluminum, silicon, iron, carbon, chemicals, water, and uranium) that will allow you to craft more advanced resources in factories. The different materials that you will have should be used to erect, for example, solar power stations, supplying your base with energy, maintenance platforms, essential to repair your buildings which will deteriorate over time and because of bad weather conditions or meteorite falls, and even workers' centers. These are essential because the more productive they are, the more AI will be able to diversify the tasks useful to the good functioning of a growing base. You should also know that, despite rare moments of bewilderment and even if it was much better designed to build and transport resources than to destroy structures, the artificial intelligence of the title is very well designed without doing everything that works for you. You should also not hesitate to tell it to prioritize certain actions using the dedicated functionality when you need it while avoiding overdoing it.

During your game, you will also be able to regularly welcome settlers who will need to be taken care of by providing them with water and food. In return, they will generate research points needed to unlock technologies divided into four branches: Engineering, Space, Biotechnology, and Military (the latter is only available in Campaign mode). This will allow you to improve routes to move material from one location to another more quickly, increase the efficiency of your buildings and launch special projects that will give you a real boost in your terraforming mission. Is that not enough for you? In this case, note that the baby of Tlön Industries and Raw Fury also includes some features that further enhance the realistic and advanced dimension of the gameplay. Regular monitoring of the evolution of the planet's temperature, precise management of the yield of resources, summary table of the structures built, scanner displaying the atmospheric readings of Mars, the developers took great pleasure in designing the most gaming experience. complete that is and we can only rejoice about it. However, this choice inevitably has an unfortunate consequence. The user interface may have been designed to be as readable as possible, but it does not prevent the player from quickly finding themselves drowned in the wealth of information displayed on the screen. The challenge being fairly high base, even in the scripted campaign where you are guided a minimum, a maximum capacity of concentration is required to avoid small mistakes that will inevitably cause your fall at a given moment. Believe me, there is nothing worse than having all your efforts for more than thirty hours to come to naught for carelessness. If the title has an "Easy" level of difficulty in order to be accessible to the general public, the simulation remains above all intended for fans of this kind of game. You have been warned. 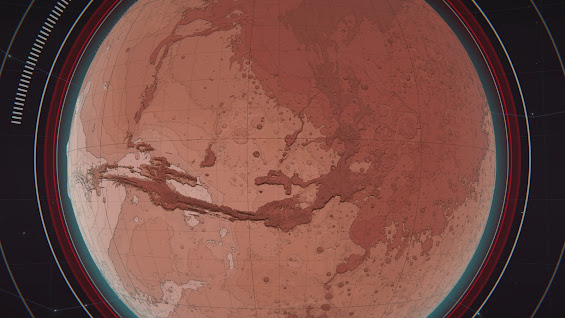 Many hours of play ahead

Let’s end this overview of Per Aspera by briefly discussing its content. The title has a solid lifespan as it will take you at least thirty hours to complete the campaign. A Sandbox mode is also available. More difficult, it offers you to terraform Mars without any narrative structure and already having access to several features from the start of the game. No one will be there to support you, you are on your own. There is no doubt that the most experienced players will spend time there in order to fully express their creativity by finding new ways of boosting the development of their base. You will understand, there is plenty to take care of. What more? Nothing, except the addition of a button to speed up time 32 times faster than normal. This option could prove very useful in certain circumstances. 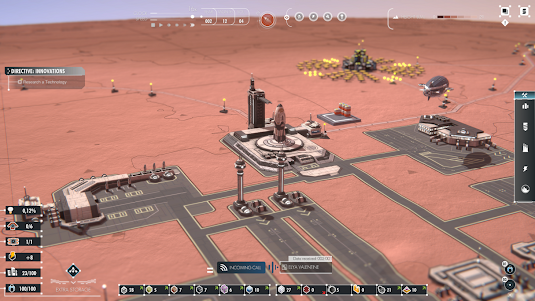 The Per Aspera Review Conclusion

Despite a gaming experience that will appeal more to die-hard fans of management games than to the general public, Per Aspera is a real gem worth looking into and investing in for the long haul. Very rich gameplay, pleasant Campaign mode to follow, well designed AI, long life, the title developed by Tlön Industries and published by Raw Fury is clearly a very good surprise not to be missed at the end of the year. Ever since he was teased at the PC Gaming Show at E3 2019, Per Aspera has intrigued me and it was one of the games I expected the most at the end of the year. After a satisfactory preview, the title exceeded my expectations. Admittedly, it is not free from flaws and, even if I have already spent a lot of time on other management games, I have sometimes been a little lost in front of all the mechanics it incorporates. . It cost me the final victory on the home stretch of the campaign. It's annoying, but that's also what makes this kind of experience so charming and that's why I'll be relaunching a game as soon as possible. I crash, I try to put the pieces back together, I survive, I fail again, but when I finally overcome all the obstacles, I feel a great sense of pride. This is also video games. Per Aspera belongs to this category of titles. If you're ready to give it a go, you won't regret it. If you ever need more information about this video game, please make sure you visit the Per Aspera official website for all details.