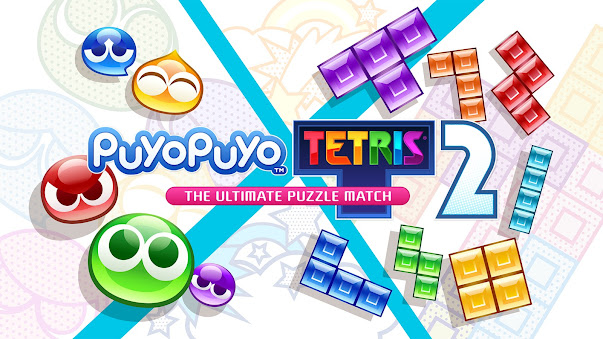 Puyo Puyo Tetris, first of the name, made the bet to combine two of the most effective and popular puzzle games of the video game for an explosive mix. If the formula turned out to be solid, it was hard to see what new features this second part would bring. Should the owners of the first episode go back to the cash register? Puyo Puyo Tetris is the amazing marriage between two luminaries of the puzzle game. Two games whose logic and design perfection give rise to frenzied games between the participants. We will obviously not do you the affront to explain the principle of Tetris, but let's come back to the opposite.
Puyo Puyo 2 asks the player to line up or overlap 4 small blobs of the same color to make them disappear and thus earn points. All the salt of this title is that the combos are essential. You can't get a decent score or inflict significant damage on your opponent without making 3 or 4 convincing little critters drop. These playful foundations are as exhilarating as ever, and the whole is intended to be particularly addicting. The bases of this gameplay are grafted in many variations through different game modes. This foundation was already very solid in the original, so why change the formula? It would seem that this is the reasoning followed by the developers because the two titles differ only very little.
There is a rather classic adventure mode that alternates between phases of delirious dialogue having little interest as the interest of the title lies elsewhere. The young Ringo, a fan of Puyo Puyo sees her daily life disturbed by the arrival of Tetris players from another dimension. These absurd, and a little tense, exchanges serve as a pretext for many clashes covering all the available game modes. So we select our missions on a world map and gradually unlock new areas, nothing new under the sun. If this mode is not fundamentally original, it has the merit of offering substantial content, Other languages subtitles (which was not the case in the previous installment), and a progressive challenge to players eager for solo content. 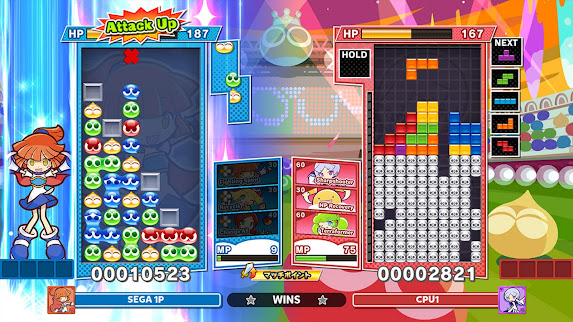 GAME MODES NOT TO KNOW WHAT TO DO WITH

Besides the content, Puyo Puyo Tetris 2 has it all and that's probably its greatest quality. Particularly generous, it offers plenty of ways for players to compete against each other, the only problem is that the majority of this content was already available in the first episode. A total of 7 game modes are available. Thus we find the traditional Versus which opposes two players sending each other blocks or blobs of Puyo. If either player's screen fills up completely, the game ends. As in the first episode, the whole is very well balanced. While Tetris players benefit from the speed at which they can send blocks at their counterparts, Puyo players have access to devastating combos that saturate enemy screens in a fraction of a second.
A variant called “Exchange” alternates Puyo Puyo and Tetris at a regular pace. The exercise is very enjoyable, as it asks players to “plug in” their brains differently from phase to phase. The "Group" mode shows objects to be triggered by completing a line or a specific area of ​​the screen. Like in Mario Kart, these items send gunk to your competitor. Restricted vision, inability to turn Tetris pieces… Simple, but effective. In the “Fusion” part, the Tetrominos and the Puyos fall simultaneously, forcing players to think about their constructions completely differently. It is also necessary to relearn the specific rules for this mode. For example, the Tetrominos destroy the gray Puyos sent by the adversary and pass under the colored ones. Reserved for seasoned players who are not afraid to break their little habits.
The Big Bang requires players to complete preset puzzles as quickly as possible in order to earn points. The player having collected the least sees his bar of life take a blow. The sequences go on until death ensues and only one remains. This type of game emphasizes speed and precision of execution more than thought and has the merit of speeding up games. Challenges, as the name suggests, feature solo challenges, such as hitting a set score in the shortest amount of time or with smaller Puyos, which dramatically increases the number of potential combos. Again, very classic, but we're not going to spit in the soup, additional content, it's always nice.
The real new feature of this episode comes from its “Talent Fight” mode. Players form a team of 3 heroes, each with their own power, and choose equipment that increases their life bar, the number of “trash” puyos they send to the opponent, etc. Thus it will be possible to heal in the middle of the game, to make appear a series of blocks waiting for a line to make a Tetris, to cancel his last move… The idea is welcome and adds a very pleasant and energizing tactical overlay. the confrontations. This mode also allows, if necessary, to balance the clashes between two players of different skill levels. Thus a novice can inflate his life points to double that of his opponent or improve his attacks. A welcome idea that allows players of all levels to compete against each other. Apart from the challenges, all modes are playable online and with several people locally, which gives the title a potentially infinite replayability. 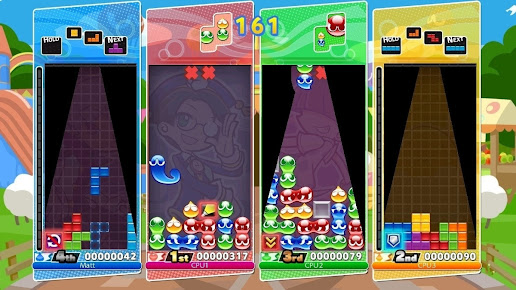 Puyo Puyo Tetris 2 is a generous, complete game with timeless and relentless game mechanics. Because of this, it is undoubtedly a must-have for anyone who enjoys competitive puzzle play. Only, those had surely already fallen for the first part. Does the mere addition of the “Talent Battle” mode and its tactical possibilities justify going back to the cash register? Everyone will be a judge. However, if you don't have either and are hungry for a puzzle game, go for it. It's all good. For more information, please visit the Puyo Puyo Tetris 2 official website for all details. Also, you can leave your comment below this post at any time.