Whispers Of A Machine Review, The Old-fashioned Point And Click 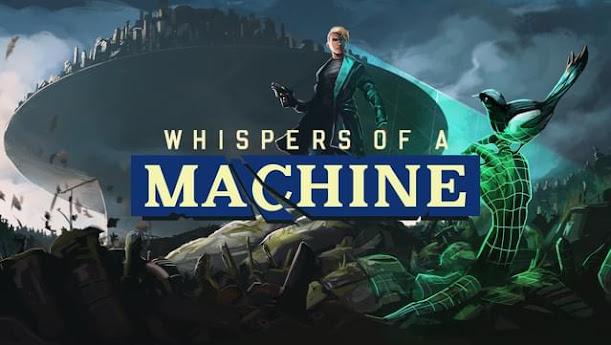 For its second title, Clifftop Games released on April 17, 2019, a new point & click called: Whispers of a Machine. This genre had its great moments of glory on PC in the 90s, in particular thanks to the LucasArts studio with its Monkey Island, or the excellent Knights of Baphomet. The point & click is still becoming more discreet, what is the value of this new game, of an old genre? 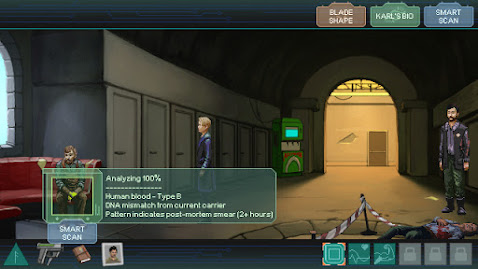 THE ASSASSIN LIVES AT 21

Let’s talk about the most important thing first, because what usually takes precedence in this kind of game, namely its script and its narration. Here is the starting pitch of Whispers of a Machine: You play Vera, a cybernetically augmented special agent. You have been called in to investigate a strange murder in Nordsund, a small-town high up on the cliffside. No sooner had the investigation started than another murder took place, would there be a link? It will be up to you to find out.
Although the atmosphere is sophisticated, and the themes covered are quite interesting (AI, augmentations, etc.), the scenario does not necessarily shine with its originality. Sure, there will be some twists and turns, but nothing to turn our heads around. Fortunately for us, the dialogues sometimes offer choices, which can influence the continuity of the story, which brings a little freshness to this type of software. 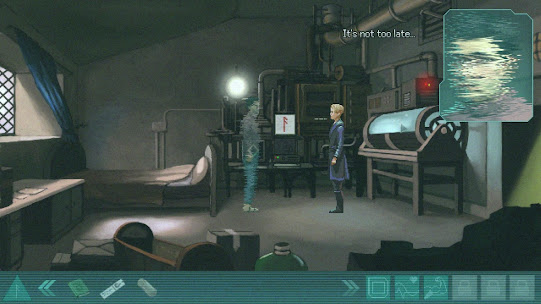 IT'S BEAUTIFUL THE CÔTE D’AZUR

As explained above, your agent has cybernetically augmented thanks to Azure, a substance that allows you to develop special abilities. You will first start with 3 powers: a scan, which can then take DNA from a corpse or discover traces of wet boots invisible to the naked eye on the ground. Next is the power to listen to the heartbeat of the people you are chatting with, which will be very helpful in spotting a lie sometimes. Finally, force, which will allow you, among other things, to push objects that are too heavy for ordinary people, or to force locked doors. You can then unlock 3 new abilities, thanks to the choice of dialogues you make.
Indeed, the dialogues have an impact on the gameplay! As said before, there are multiple choices available, and they can influence Vera's temperament. Indeed, in Whispers of a Machine, you can respond in 3 different ways: analytical, empathetic and authoritarian. The decisions made will then have an impact on the continuity of the story. Indeed, depending on the mentality you want to develop for your character, the story may change somewhat for the puzzles to be solved for example, and you will unlock new powers according to your mentality. 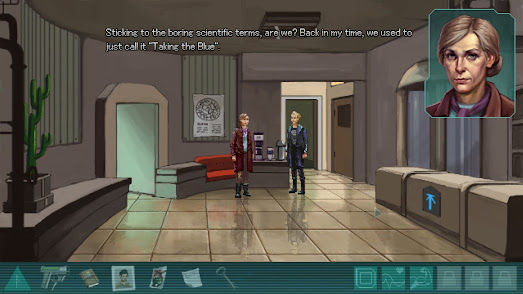 Like any good self-respecting point & click, Whispers of a Machine is played with the mouse. This allows you to move around, interact with NPCs, collect items, and can even pair together to craft new ones. For the lazier ones who don't want to search too long, a button also allows you to see all the objects or characters that may have interaction. There are a few small puzzles and other puzzles present, and while most of them are nice, there will be a couple of them that you will need to solve without aids or explanations. It is by dint of searching on your own, doing many, many, MANY back and forth trips that you will eventually find, which sometimes breaks the rhythm of the story. But in the end, it turns out that the solutions end up making sense… and fortunately! 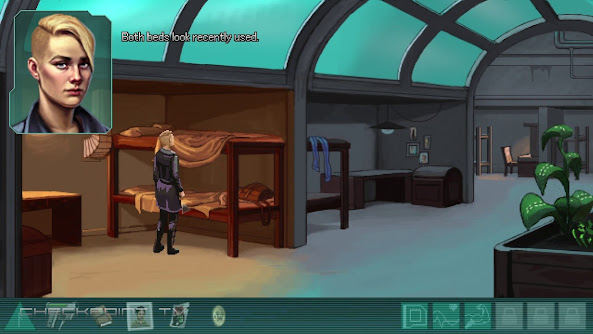 Whispers of a Machine doesn't necessarily shine with its beauty, the colors being quite dull, but the pixel rendering catches up with it, like it or not. This pretty much pays homage to the early games of the genre. Also, no bugs were found, no slowdowns, no crashes. In short: flawless stability. From a soundtrack point of view, this one is quite understated, but it does its job well; as for the dialogues, entirely dubbed in English, they are entirely subtitled in other languages! Good news.
Finally, as for the lifespan, that will be up to you; it took us almost 6 hours to get over it. It may seem a bit short, but remember that it was an independent studio that made this little game, and for around a few dollars it is acceptable! Obviously, if you want to unlock all of your character's achievements and upgrades, you'll have to start the game over again. 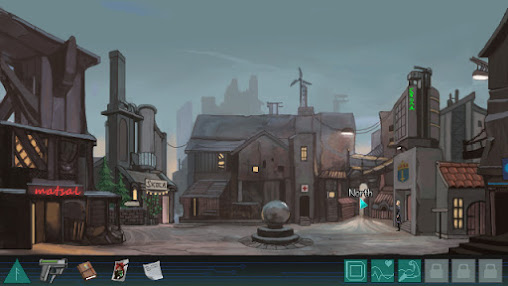 Whispers Of A Machine Review, the conclusion

In and of itself, there is nothing revolutionary about Whispers of a Machine… but what it does, it does well. The specifications are respected, I am neither surprised nor disappointed. Although a few ideas are welcome, such as dialogue choices with consequences, the story remains classic, but not disagreeable. This game is aimed above all at fans of the point & click genre, and it would probably be a shame for them to miss it. For more information about this game, make sure you visit the Whispers Of A Machine official website for all details. Also, you can leave your comment down below and tell us about your own experience regarding this game.