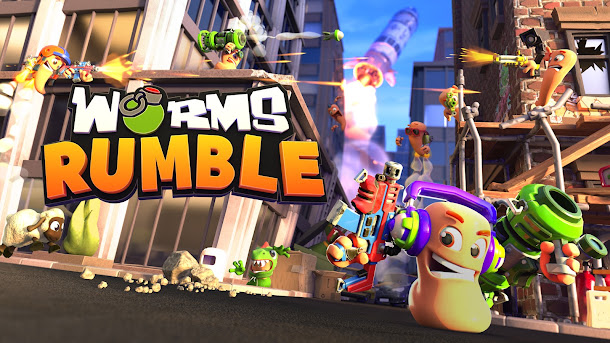 In 1990, a young computer store worker, Andy Davidson, took advantage of his free time to program a tank fighting game. To stand out from the competition, and after discovering the Lemmings' animations, the boy transforms his project and imagines a fight between worms. The concept would eventually evolve into Total Wormage before Team 17 studio founder Martyn Brown was won over by the idea and decided to make it one of the canonical works in his catalog: Worms. This Rumble episode is also timely to celebrate the twenty-five years of the license and take it in a surprising direction, far from its turn-based origins.
In its early days, Worms was a cross between Lemmings and Cannon Fodder, mixing action and thinking, in a 2D environment. Very quickly, the title stood out with its pixel art characters, pervasive humor, and twisting animations. For years, the Team 17 team kept that feeling until they brought together the best of the license in a cult episode: Worms Armageddon (of which Worms W.M.D is the heir). However, despite the fan's appeal for the original recipe, the English studio has always tried to evolve the concept. 3D environment and gameplay, Tower Defense mechanics, integration of armed vehicles… I cannot take away their desire for innovation. With Worms Rumble, Ossett’s proteges take advantage of the battle royale craze to translate their favorite saga into powder-smelling games and fast movement. The bet is risky but is it convincing? 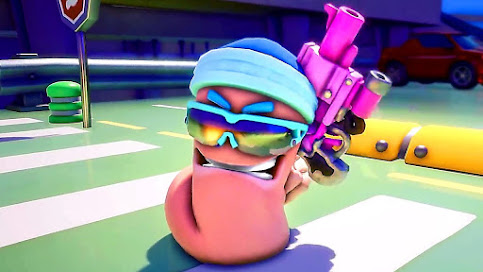 If the switch to real-time requires a little adaptation time, I quickly find the sensations of the original. Whether it’s on the move or the arsenal on offer, Worms Rumble does justice to its predecessors and lives up to expectations. The “lunar” jumps of our leaping friends are always present and the essential objects of the license will serve you to undermine the resistance of your opponents. Explosive sheep, Holy pomegranate, Bazooka, Ninja rope, Jet-pack… they are basically all there! On this point, the developers have remained faithful to the historical clichés of the series and that's good. However, for the rest, it has nothing to do - or almost - with what the players have experienced. Movements are super fast (the characters can curl up like Sonic) and the power of certain weapons (the assault rifle for example) means that the strategy has deteriorated considerably - even if it has not disappeared for as much. The other major development comes from the environments which are quite gigantic and open the door to ambushes. Skill worms can take the elevator, grab onto a zip line, or use the surrounding piping to hide and protect themselves (other players can't see you when using the pipelines). So there is a lot of fun, the spirit of the Worms is there and it is even possible to establish a semblance of tactics. But keep in mind that the experience is different from a standard episode where reflection is required.
By accumulating victories, the player acquires levels that allow unlocking a host of accessories or clothing styles. For now, the progress is mostly cosmetic and we can imagine that the developers have some ideas in mind to improve this. On the weapon side, they become more effective as the player wins battles and you can, like the rest, change their look. 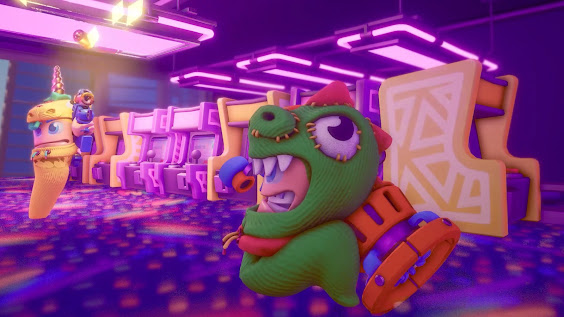 While waiting to take advantage of additional options, Worms Rumble is currently content with three main modes. There is a classic deathmatch with respawning, squad clashes, and, of course, pure battle royale, where only one must be left. I know the formula well now. But where this episode might anger fans is the complete lack of local fashion. Battles, which can accommodate up to 32 players simultaneously, are fought exclusively online. It’s also impossible to host friends at home and have fun on the same screen. When you know where the saga came from, this lack of local multiplayer is incomprehensible. It's a shame because Worms Rumble is such a fun and vibrant game. Although there are not many cards, they offer very distinct areas like a shopping mall, metro, stadium, warehouse, etc. I go from one to the other without ever getting bored (thanks, in particular, to small events which give access to new areas), while taking advantage of a varied arsenal (which lacks a little balance for the moment) and rediscovering the humorous style of the license. While this Battle Royale aspect will not replace the good old turn-based, this new approach is not unpleasant but suffers from content, despite the excellence of the maps, really too light to hold over time. 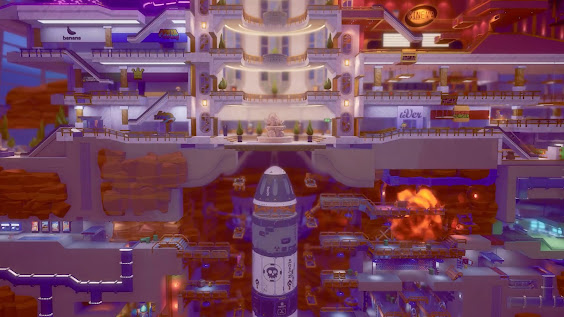 Worms Rumble brings its franchise to the world of Battle Royale. Much more nervous and faster than its predecessors, the game retains what is the salt of the license but imposes new rules. . For now, there is plenty of fun thanks to excellent maps, very clean production, and wacky vocals (different languages ​​are available and ZeratoR even took part in the dubbing) which set the mood. Sold at around so the game has potential but the start is a little timid. For more details about the game, please visit the Worms Rumble official website to learn more about it. Also, let us know about your own gameplay experience. Just leave a comment below this post.