WRC 9 Review: A next-gen version under the sign of the DualSense 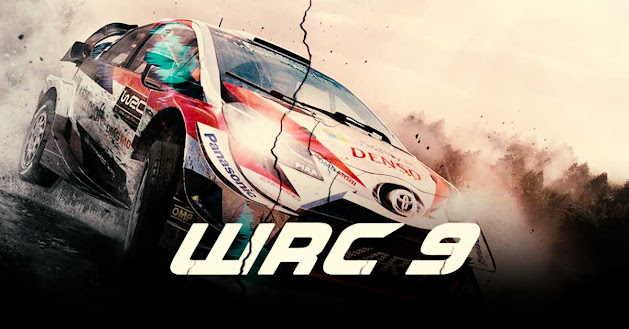 If the season of the World Rally Championship has been violently disrupted by the health crisis, Kylotonn has not let go and offers his official annual iteration of the competition. WRC 8 was brilliant with its playability and its new career mode, we obviously expect this new WRC 9 to do better on this PC version (via the Epic Game Store), PS4, and Xbox One which was scheduled for release on September 3 on old -gen. Nacon and Kylotonn were already on deck in July to work on the next-gen versions of WRC 9, with ambitions on the features of the latest Sony and Microsoft-branded consoles. No promises on a game overhaul, but on DualSense and SSD performance. Something promised, something due? 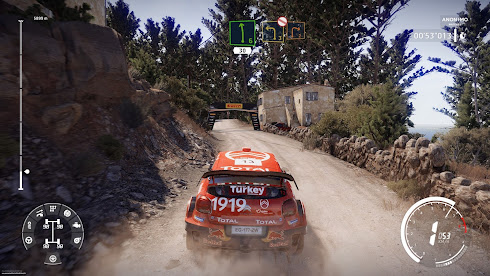 BIG EFFORT ON DUALSENSE, NO GRAPHIC GAP ON NEXT-GEN

Available this Thursday, December 10 on PS5 and Xbox Series X, the new version of WRC 9 decked out in Smart Delivery did not stun me at all, far from it, and is really not very far from the bodywork shown last summer. The main thing to remember is the message sent to controller players on PS5, far from being neglected compared to flying players. The DualSense benefits from a lot of work on feelings for a top immersion. The vibrations change according to the surface in a very fine way (asphalt, gravel, earth) and the triggers adapt according to the surface and the condition of the vehicle. In addition, if you do not deactivate the sound effects of the lever beforehand, it will let out the noises of the muffler, contacts, and gears. Very good work from this point of view.

For the rest, Kylotonn offers the minimum 60 fps guaranteed as agreed and uses the SSD of the PS5 and the Series X. Already fast enough on old-gen, the loading times evaporate to very quickly launch the races and mode of your choice. The activity function also allows you to quickly jump from the menu to a particular mode. Unfortunately, the differences with the PS4 / Xbox One / PC versions end there, and we will have to wait for WRC 10 to see a big step forward in terms of graphics. The title does not move one iota on the visual aspect, the gameplay, and the care given to the sound effects.  But if you do not know the license and you are fans of rallying, the new generation consoles are a great gateway to the saga, controller or steering wheel in hand. 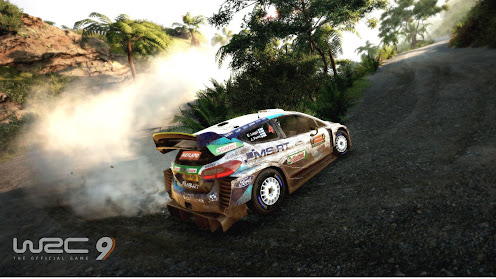 And on the official licensing side, no U-turn for the saga. The vehicles available are modeled to perfection, from sound to visual, and with all categories, from WRC to WRC 3, including Juniors and historic cars. Ditto for the pilots even if they are not really visible and modeled ingame. For the circuits, WRC 9 includes new rallies from New Zealand, Japan, and Kenya which will be discussed later and will update the Finnish and Portuguese circuits later. Nacon has revealed the arrival of 6 new specials added to the two European rallies (in addition, not in the update) via a free patch around October.

No surprises also regarding the gameplay, whether good or bad. The ninth installment is demanding and sharp in its conduct on any type of surface, the slightest deviation causing you to waste considerable time by a spin or a nice cabriole. The sensations of speed are always there, very convincing even if some collisions with the decor are strangely transcribed. In short, WRC 8 in the text. 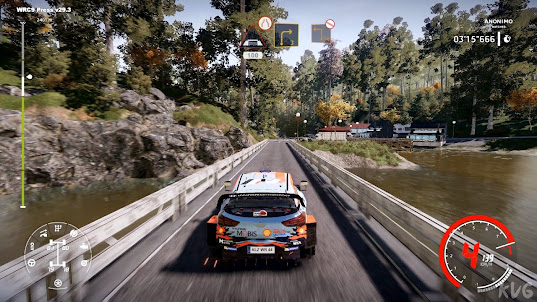 The great new feature of the content is the Club System mode which has motivated part of the community. This interface, integrated into the game, allows you to create and participate in several personalized online championships asynchronously up to 8 specials, with an infinite number of participants. It is not necessary that the members of a club are connected simultaneously to launch a championship, and each one can complete his calendar at his own pace over a week. A nice tool offered for organizers and hungry for tournaments, even if we found it a bit crude. In fact, even if the parameters are numerous on the installation of events (duration, date of the launch from 5 minutes to 24 hours, specials, weather conditions, limited cars), there is no real interaction between the participants if not the leaderboards. Note that you can be members of 3 clubs simultaneously, plus your own club.

The eSport world championship mode is not moving, with only 5 trials available to defeat your opponents event after event, the first being the Monte-Carlo rally scheduled in 3 days.

And what about the career will you tell us? Well, no upheaval on the horizon. I find the same interface and the same depth in the management of calendar and staff. The only changes to note are the ability to go beyond level 50 and see new upgrades to unlock through the research and development tree, including unlockable super talents for 5 skill points. At the end of the branches of the "team" tree, they offer a considerable boost to the activity of trade within the team (for example more XP for the engineer, etc.). The evolution of this mode is clearly a symbol of the title, with a timid progression. 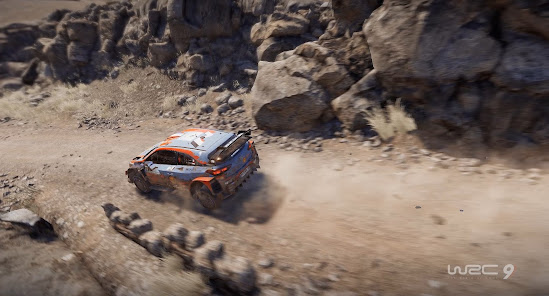 These different modes as well as the classic quick games/challenges make it possible to gauge me on tracks and always superb scenery, in particular on PC and thanks to DirectX 12. The crush going directly to the new stages of Japan (100% asphalt but with a lot of greenery near the track) and Kenya (100% land in the African savannah), really very beautiful whether in the details of the background, the natural elements or the lighting effects. However, a bit of clipping gave us a bit of trouble, just like in the previous opus. New Zealand marked us less graphically but offers a nice challenge on land and near the herds of sheep. Add to that a dynamic weather forecast of very good quality to obtain a total change of scenery. 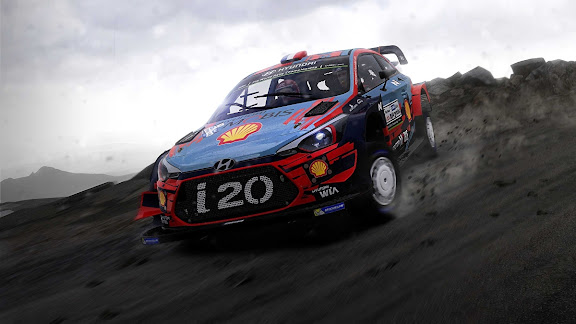 And the next-gen in all of this?

Regarding the PS5 and Xbox Series X releases of WRC 9, Nacon brought us some biscuits during the last preview. The game will benefit from full SSD management (significantly reducing loading times). On PS5, a lot of work will be done to perfectly suit the DualSense and its haptic feedback, the triggers will be more difficult to activate in case of breakage etc. The minimum 60 fps will of course be guaranteed (will probably go beyond). Finally, the functionality "Activities" of the PS5 inadvertently blew me away, it would allow direct access to certain modes or specials without a menu, waiting time, or launch. 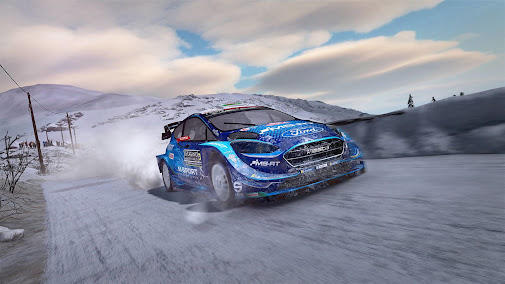 Unsurprisingly, this next-gen version of WRC 9 perfectly exploits the possibilities of the SSD with very short loading times and active functions allowing you to go faster to game modes. You will note a PS5 version above thanks to a superb job by Kylotonn on the feelings of the DualSense, proof that players who do not have a wheel are not forgotten by the studio. On the other hand, the graphic and content gap with the PC, One, and PS4 versions are almost zero, it will be necessary to wait for the next title for the WRC license to tame the new generation as well as the dented terrains of Japan or the New -Zeeland. That's it for my game review, so if you ever need more information on the game that I just reviewed today, make sure you visit the WRC 9 official website, or if you prefer you can leave your comment down below. Tell us more about your experience about that brand new game.