Call of the Sea Review: A Firewatch Tune With Puzzles, Minus The Spark 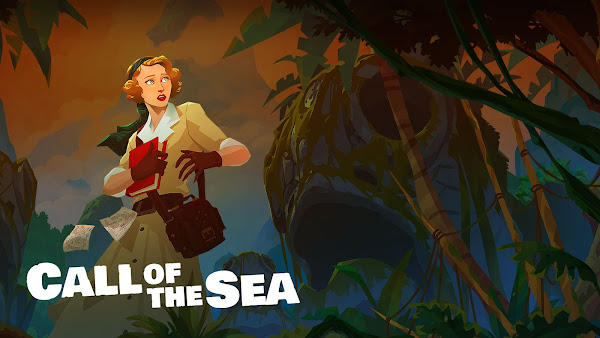 Announced during the Xbox Showcase last May, Call of the Sea is the first title of the young studio Out of the Blue. It follows the adventures of Norah, a woman with a mysterious illness who must travel to an equally mysterious island to find her husband, who has disappeared under ... mysterious circumstances. In short, a lot of secrets to discover for yourself. In the meantime, here is our opinion. This review was performed with a PC code from Call of the Sea. Note that the title is also available since the last December in Xbox Game Pass (xCloud, console, and PC of course).
Call of the Sea has something that you should put your hands on it. It's been four years since the excellent Firewatch came out and fans of country walks and mystery-shrouded storylines - of which I am a part - haven't had a new adventure to eat. If the title of Out of the Blue is so reminiscent of that of Campo Santo, it is especially for its natural side, very colorful, and its ambitious narrative aspect, at least on paper. I also find Cissy Jones (the actress who had breathed so much life and personality to the character of Delilah in Firewatch) voiced the role of Norah, in fact she's the main role played by the player in this Call of the Sea.
But it should be said at the outset: the title of Campo Santo and that of Out of the Blue are very different. The first is built around a precise narrative that dictates the pace and events encountered by the player. While for the second, it is the puzzles (and the time that the player will take to solve them) that dictate the pace. Despite everything, I feel that Call of the Sea wants to have it both ways. That he wants to both tell what happened on this island, but also to make the player rack their brains at different mechanisms. The problem, which Out of the Blue does not excel in either.
While the PC and Xbox Series versions are very similar, I noticed quite a few differences on Xbox One. Beyond a few aliasing effects on waterfalls, the rendering of liquids is overall less successful than on the other two grinds, with a shiny side very present and more bland lighting effects. I also noticed quite a few technical issues on One, with some elements of the set disappearing and suddenly appearing. Problems that should be fixed with the Call of the Sea day one patch.

To explain why I might as well start at the beginning. It must be said: Call of the Sea amazes in its first moments, which open with a well-staged and intriguing underwater sequence. The player then meets Norah, our budding explorer, quickly made endearing by the stamp of Cissy Jones as well as all the mysteries surrounding her illness and the disappearance of her husband.
This good first impression extends over the first three chapters of the game (there are six in all, for a total lifespan of about six hours). Out of the Blue thus shows nice flexibility in its artistic direction, able to brilliantly transcribe the scorching sun on the white sand, the light that pierces a thick forest, or a shipwreck stranded in a storm. The whole thing is however less successful beyond Chapter 4, but I will come back to it later.
This postcard frame is punctuated by the successive discoveries of Norah, who will find clues about her husband and the expedition that accompanied him. Besides, Call of the Sea has the good taste of revealing object interactions when the player is really nearby. In other words, no super power to analyze the area in a second and locate a letter, a photo, or a decisive object. It will be necessary to search the surroundings. A good idea to make Norah's quest for answers tangible. In addition, this option allows only a key object to be displayed when the player passes their pointer, for more immersion.
For the puzzles, you will regularly pass mysterious mechanics before collecting the necessary clues/objects. To make it easier for you, Norah takes notes or draws each important item, allowing you to find information without going back and forth (even if the character "forgets" a few times to indicate a crucial element). On the other hand, you know as soon as Norah notes something, and also that such and such an object is important. This will sometimes lead you to look directly at your journal rather than the clue itself, in the game. A pity that is rather unfortunate, especially since a lot of the puzzles are environmental puzzles. 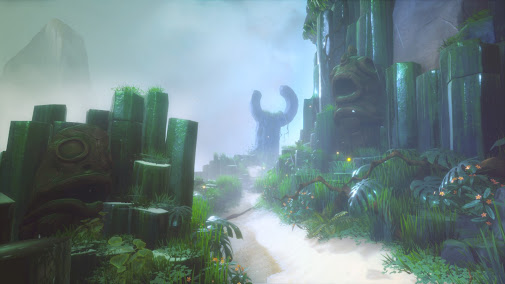 So, despite some flaws, the first half of Call of the Sea is going very well and makes you want to see more. Unfortunately, an event at the start of the second half completely defuses Norah's quest for truth, and also no longer motivates the player to move forward. Without revealing too much to you, the main character undergoes a hell of a change and seems to totally forget the search for her husband, even if a few tirades here and there try to remind us before everything suddenly resurfaces a little further.
This is when we see one of Out of the Blue's biggest shortcomings: the writing. Because if the beginning of the adventure works well on this side (despite the writing too descriptive), the second half of Call of the Sea rings very hollow. Norah primarily describes what she sees, does and becomes, and it is not childhood anecdotes and the “old pal” (literally, “old pal”) for her husband that manages to move. Everything is very mechanical, even forced, the performance of Cissy Jones not managing to raise the bar, just like that of his in-game companion, however, played by Yuri Lowenthal, alias Spider-Man in VO, one of the titles released by Insomniac Games.
This mechanical side seems to be linked to the very game design of Call of the Sea. In fact, it is generally the interactions with objects that trigger the dialogues, resulting in a fairly robotic character who will only react at specific times (this is especially felt in the second half of the game, where Norah will sometimes literally describe what she is doing. there in front of it) even going so far as to create situations where no one says anything when the player goes back and forth in search of clues to solve a riddle (note, moreover, that there is no help system for puzzles).
To complete the picture, the player's actions do not reflect the abrupt changes that Norah encounters (although a new phase is in the game). With a plot that draws heavily on the fantasy, Call of the Sea relies a little too much on "shut up, it's magic" to get the player on board, especially with an adventure that begins with its feet firmly on the ground. It is then difficult to get involved in sometimes far-fetched puzzles, when the character himself seems detached from the events (which hinders any desire to unlock a new secret). Without forgetting a much less striking DA on the second part and abrupt final revelations. Call of the Sea leaves a taste of unfinished business. 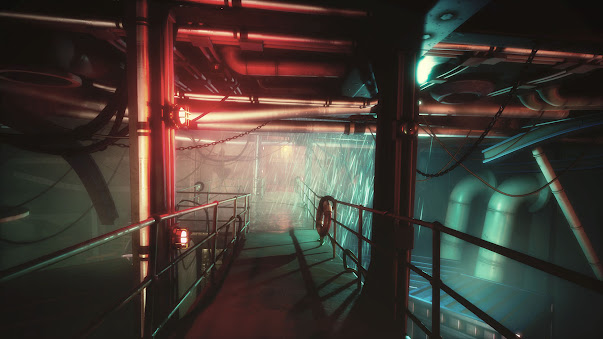 Call of the Sea Review, the conclusion

When finished, Call of the Sea leaves a salty, unfinished aftertaste. The title had everything to succeed: DA which can sometimes do wonders (Chapter 1 and its sublime jungle), intriguing story conducive to many twists and a five-star cast (Delilah from Firewatch and Spider-Man from Insomniac's title ). But after half of the game everything suddenly rings false. The sudden changes encountered by Norah, who plays the player, do not upset her more than that, so that the disappearance of her husband takes a back seat. The lack of material on the narrative side then defuses all the rest of the adventure: the enigmas, which rely a lot on physically impossible mechanisms and which we often find difficult to believe, seem obsolete, so much the young woman seems to have found what she had come to look. It is also in this second half that the DA loses its charm and the final revelations offer an abrupt conclusion to an adventure that lacks subtlety. Too bad for a game that starts off so well, even if the adventure is still worth a look. For more information, make sure you visit the Call of the Sea official website for more details.