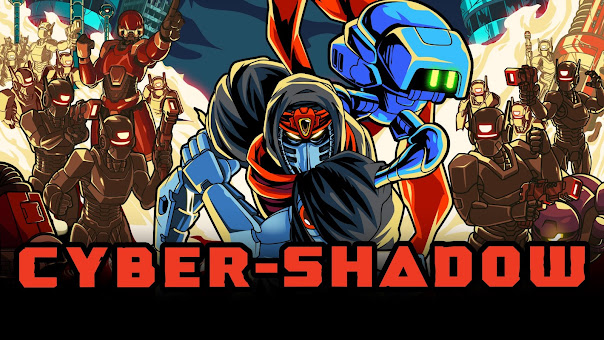 The best soup is made in a retrogaming version. While not everyone clings to this hackneyed adage, it has to be said that the sheer pleasure of instinctive gameplay like it was in the '80s has never aged a bit. The indie game scene has understood this and Cyber ​​Shadow is coming to play the 200% nostalgic card ... to our great pleasure! 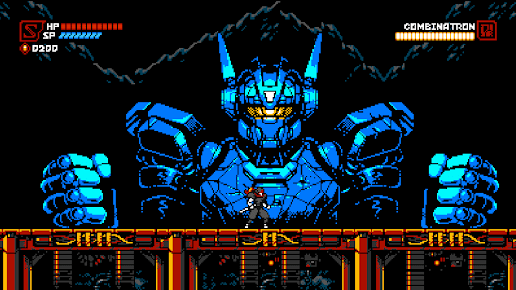 At first glance, Cyber ​​Shadow seems to want to be to Ninja Gaiden what Shovel Knight was to Mega Man. A powerful tribute that is "just like the times", while allowing itself as the only concession to ignore technical limitations. Understand by this that while the aesthetic remains "8bits", the number of colors and sprites displayed on the screen still benefit from the current performance of the machines. Thus, Cyber ​​Shadow offers all the good sides of old school gaming without losing itself in blind nostalgia. This titanic work of pixel art was carried out by a small team called Mechanical Head Studios, initially made up of one person who officiates under the pseudonym MekaSkull. Note, however, that he was helped for Cyber ​​Shadow by a handful of enthusiasts, not to mention the generous contribution of the publisher Yacht Club Games, the developers of ... Shovel Knight. Here, how small the world is! 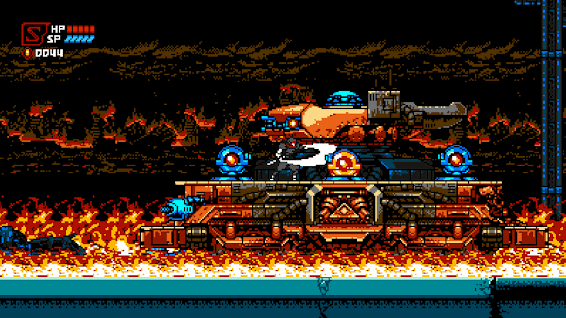 FAST AS A SHADOW

Now that you understand Project Cyber ​​Shadow, let's get down to its content. You control a ninja named Shadow, a rare survivor of an apocalyptic situation who sees robots dominate the remnants of MekaCity. In a cyberpunk atmosphere with retro-futuristic eighties music, you have to make your way to Dr. Progen, the mad scientist at the head of these cans. O joy, a good pretext to break the robot, we only ask that. From the first moments, Cyber ​​Shadow offers smooth gameplay thanks to the agility of its main protagonist. Fast katana strokes, acrobatic velocity, it only takes a few seconds to fully appreciate the character. However, don't think Cyber ​​Shadow is an easy game. It is primarily intended for lovers of old-fashioned action/platform games and offers more than an appreciable challenge. Although enemies die in a few slashes, which allows for dynamic gameplay, avoiding all projectiles requires a complex mix of reflexes and memory. It is from this mixture that Cyber ​​Shadow draws all its strength: a passage seems insurmountable at first glance, but by dint of perseverance, you end up succeeding with the agility of a hawk and it is enthusiastic and invigorated that the 'we are tackling the next pitfalls. Infinite lives, rather a generous checkpoint system (most of the time), the title of Mechanical Head Studios understands how to offer opposition without discouraging the player by being unfair. In short, a well-measured difficulty. 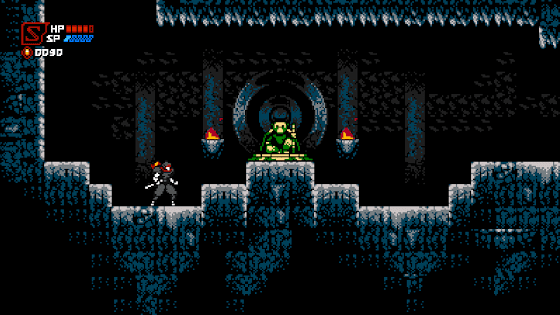 This difficulty, contrary to what one might think at first glance, comes more from the platform phases than from the enemies themselves. In fact, if the blade of your katana is intractable, the peaks on the walls are just as much, in the purest tradition of "instant death". When your life is pixelated, each micro victory is only more intense. These platform passages are all the more exciting as your character evolves over the course of the adventure, winning double jumps, wall jumps, and especially aerial dash. Grace and her latest, which automatically target enemies while returning your double-jump, you can traverse entire areas without ever hitting the ground in, particularly exhilarating phases! Even if I regret not having access to this skill earlier, I necessarily appreciate the second part of the game which is done at high speed. Moreover, Cyber ​​Shadow's sustained pace remains one of its main strengths, especially thanks to the many bosses who come to titillate you. The only downside is that said bosses are not very complicated to manage once their pattern is understood and I can not say that they require you to fully control your arsenal. A TRIBUTE THAT NEVER STOPS FROM THE NEST

Your arsenal of techniques, that's a point that turns out to be a bit disappointing. A sharp attack, another upwards, and the dash explained above, the choices are not eclectic for this dear Shadow. This is all the more remarkable when the normal attack (which can be charged) is enough to kill 90% of the enemies encountered, including bosses. It must be said that the use of energy points for each of his "special" attacks does not really encourage the player to be diverse, which brings us back to a certain classicism of the work. Let's be clear, what Cyber ​​Shadow does, it very well, but I would probably have liked a little more madness in the possibilities offered. If I appreciate recognizing phases of gameplay inspired by Ninja Gaiden, but also by Mega Man, it lacks the little pirouette, the grain of genius that differentiates the good "tribute" games of Shovel Knight or The Messenger. However, Cyber ​​Shadow sometimes surprises with a few secret areas (and chapters) that extend the lifespan for the nosy among us.

Let's finish with the artistic touch, which is probably not Cyber ​​Shadow's strong point. Admittedly, the intent is laudable and in style, it definitely wouldn't have gone out of line on NES in 1990. However, the backdrops often sound hollow and the animations are decent, not over the top. Opinions differ on music which oscillates between synthwave and industrial. The overall quality is good, but only two or three themes really stand out. 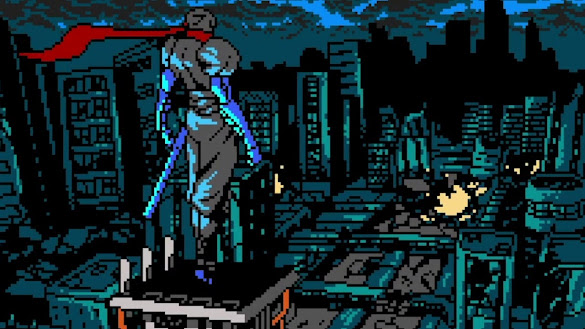 Cyber ​​Shadow keeps its promise without question. This tribute to Ninja Gaiden draws on period games to give us a fun and exhilarating platform/action game. Bosses all over the place, an agile hero, and a pretty tough challenge, that's exactly what we hoped for. While it will surprise players less than a Shovel Knight or The Messenger, who went further in their ambitions, it remains a good experience for fans of the genre.

For more information about the Cyber ​​Shadow video game, please visit the Yacht Club Games website for more details. Make sure you comment below if you have some experience with this game. It is always appreciated.