Override 2: Super Mech League Review - Take The Same Ones And Start Over 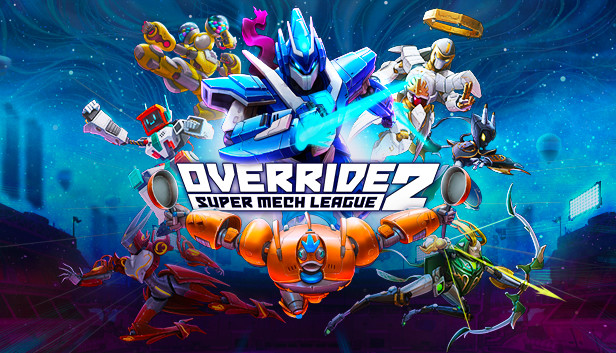 Two years ago, Override: Mech City Brawl was released, the title put us in command of a robot for battle in arenas. The concept seemed appealing, but yet, many flaws spoiled the experience: too limited content, too messy handling and fights ... In short, all was not rosy in the land of mechs. With the arrival of Override 2: Super Mech League, my expectations were high and I hoped that the major flaws of the first title would be corrected. More content, more rhythm in the fights ... These are all flaws that I found in the first episode and which unfortunately have not been corrected. So what does this new game bring us? 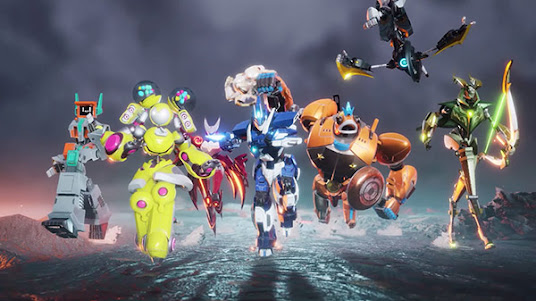 Before I start, let's do the presentations, Override 2: Super Mech League is a 3D fighting game between robots (mechas), developed by the Brazilian studio Modus Studios Brazil, those nostalgic for Grendizer, Gundam, or even Power Rangers are in charge. of these iron giants.
I specify directly. If you don't have an online account, go your way. In fact, you will not be able to play even locally with a friend or against the computer if you do not have a Switch Online subscription. Now let's talk about the different game modes, they are four in number: 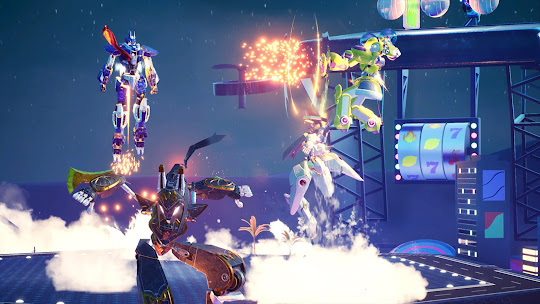 This is the mech plus ultra

The roster is made up of twenty mechas, all very well done with a very sought after character design. There is something for everyone, ranging from pseudo-MechaGodzilla to a unicorn robot, including a fish robot. Each mecha has unique attacks and gestures, but all of them have the exact same key combination for achieving combos via triggers. I am far from the variety of combos of a Street Fighter for example, but this is not necessarily a negative point, on the contrary. Because you don't have to learn endless key combinations, which makes the game very accessible.
A little adaptation time is needed to get used to the heaviness of the gameplay, it's still mechas all the same! You can catch/throw your opponent, jump, defend yourself, collect weapons that appear in the arena, punch and kick and execute ultimate attacks once the gauge is full. 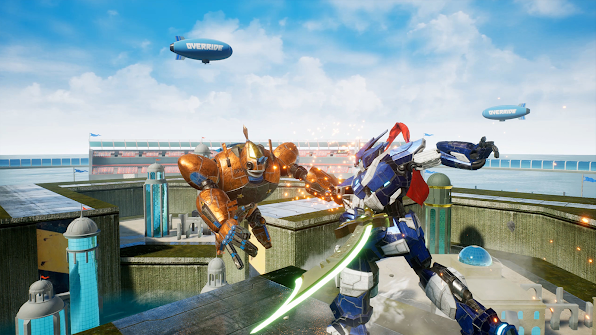 Did you see your face, mech?

Graphically, the robots are really very well done, they evolve in destructible arenas representing different environments providing a different gameplay each time either by their verticality or by their dangerousness, with molten lava which damages us, for example. However, these arenas are very small, perhaps too small, and cause serious problems with the camera, the latter often having the unfortunate tendency to stand behind an element of the set.
In two years, Modus does not seem to have corrected the defects of the first part. Far from being flawless, Override 2: Super Mech League remains a fun and easy-to-access game for short games. There is a real feeling of power to watch our mechas lift a building to throw it at our opponents. 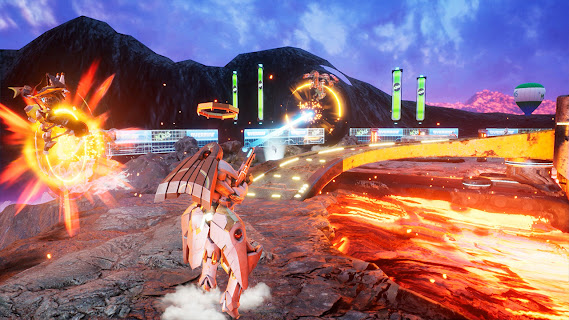 If you are a fan of vs. fighting with a multitude of combos, then this game is not for you. No single-player mode is available, since the game is only intended for online. However, the game servers already seem empty, and finding an opponent is no easy task. Let's face it, the game is mostly aimed at young players and veterans of the nostalgic mecha of a time gone by. All of this is accompanied by a rather well-chosen soundtrack, especially that of the title screen to immediately put you in the mood. For more information, please visit the Override 2: Super Mech League official website for all details about the game.