Unspottable Review: A very effective party-game where you have to hide in the crowd 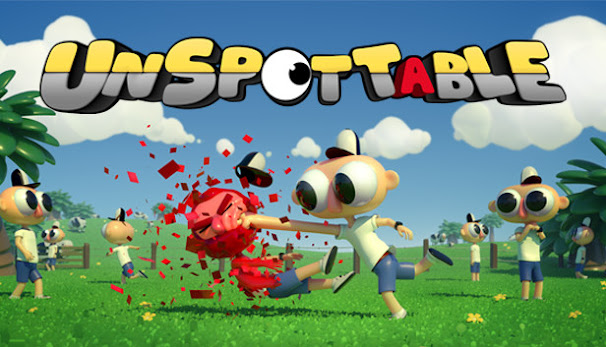 In video games, we often complain about predictable AIs, which run around in plain sight and sometimes find themselves in the middle of the battlefield. But in Unspottable, this simplicity of mind is your greatest strength. The title is a multiplayer-only party game where you have to blend in with a crowd so as not to be flushed out by other players like Hidden in Plain Sight. The difference that the French of GrosChevaux deliver a less raw game, with a convincing realization, and above all, tons of ideas to make the games memorable.

Before going any further, an important clarification: Unspottable is an exclusively multiplayer title (no single player mode) that offers games only locally on consoles, that is to say on Switch and Xbox One (release scheduled for January 21, 2021) and on PS4 (no release date yet). On PC, it is possible to work around this “problem” by using the Steam Remote Play or Parsec. Either way, the game can accommodate up to 4 players. According to the developers, a native online mode could arrive in the future. 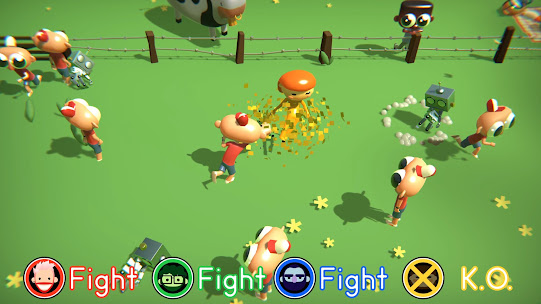 A point on the Switch version:

Even if Unspottable shines much more by its mechanics than its technical qualities, the title of the studio GrosChevaux still offers a pretty colorful DA. On Switch, the whole thing loses a bit of charm, with a lot of aliasing and less successful lighting effects. In addition, in portable mode, for larger levels like the Supermarket, it's a little complicated to spot your opponents' missteps. But nothing really penalizing.

And for good reason, the French from the GrosChevaux studio explains that they love “sofa party games”. For my part, I favored sessions via the Steam Remote Play with a good old voice chat in the background. But as long as players can communicate with each other, the title is a treat. Because in Unspottable, it's all about observation to find your opponents among dozens of identical little characters. The game then becomes an inexhaustible topic of discussion, where everyone's mistakes and exploits are highly commented on. All in different levels, which reshuffle the cards each time. 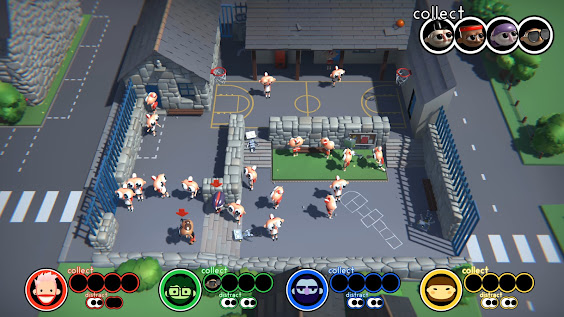 As it stands, Unspottable has 12 varying levels, both in terms of their setting and mechanics. In the Arena, for example, twenty robots are playing fists in a temple straight from Asia. These clones swing mandals in unpredictable ways, no matter an AI or an incognito player is standing nearby. At this level, participants are almost obliged to do the same to blend in with the crowd, which also leaves them a chance to sanction suspicious behavior. Because in the GrosChevaux colt, mistakes cost a lot: the slightest blow (by a player, a robot, or even part of the scenery) is synonymous with the elimination of the round. A game of Unspottable ends when a player reaches a pre-selected number of points. Unmasking a competitor will make you win one, losing to a robot or a mechanism will remove the same number. Something to create a lot of suspense.

But it is also possible to win two points at once, or even achieve a treble if the player manages to unmask an opponent in the meantime. On some levels, it is in fact possible to collect several objects before leaving the premises, and thus earn two points. In the Supermarket and Sushi Bar for example, if the player picks up the right foods, they can leave the room and end the game. But the maneuver is risky. Because in Normal mode (we'll talk about Expert difficulty a bit later), even the smallest object picked up is displayed on the HUD in plain sight, which can sometimes give serious clues as to where you are. And to confuse the issue, AIs engage in the same noise and animation as when a player gets any of these items. A good idea that invites players to take risks.

Without going into all the levels of Unspottable, each level brings a little something of its own and asks the player to change strategy. In the Night Club, for example, you have to respect a choreography followed to the letter by the robots, which means that the slightest deviation will put you in danger. But having your eyes fixed on the movements to be reproduced, it also means obscuring a whole part of the playing field, and also missing clues as to the location of your competitors. In short, Unspottable is a delicious tangle of micro-decisions, where every detail can be important. 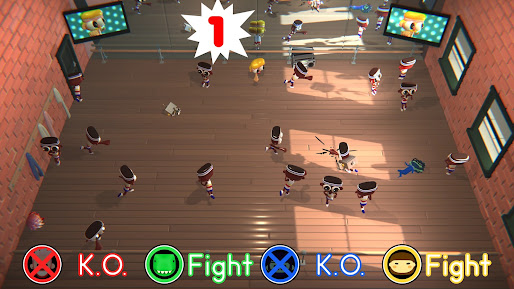 And the best part about it is that the title manages to strike a good balance between fun and competition. Because yes, it will be death at the slightest blow (the window to place it is also quite small and the recovery time is quite long, which makes it easy to sanction a failed assault) but players sometimes have to Arrangement of Diversions, actions present in certain levels and unique to them which allow to divert attention and take advantage of it to become invisible again. A very practical tool, for example, to catch a badly placed punch or to drown the fish in a final race to victory. Or even annoy his friends who will then have trouble finding their character, a sometimes complex task in levels with many extras (and which is the first step at the start of each round). Something that could pass for a flaw, but which adds fun.

And for even more verbal games, it is possible to unlock an Expert mode after a few games. In this mode, the HUD does not give any information on the state of the players, even after a fatal blow - leaving a particularly delicious doubt - and does not reveal the objects picked up as they go by each to exit the level (this which will prevent the smartest from camping in strategic places). So it will be necessary to wait until the end of heat for the veil to be lifted on everything that has happened, which sometimes gives quite a few surprises. And which allows you to rediscover the game after a long time. 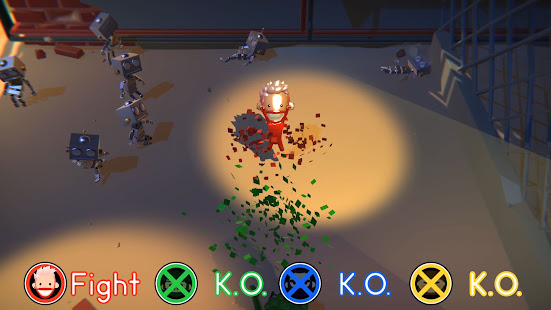 More than two, it's even better:

By declining very simple gameplay (movement, race, fist, and diversion) on 12 very different levels, Unspottable manages to create very strong moments of the gameplay, whether it is by the surprise or the suspense they give off. But the whole thing is even more effective with three or more players. In this case, an eliminated player will be able to comment quietly on the missteps of others. More than enough to add to the ambient euphoria.

So, like Among Us, the replayability of Unspottable is solid despite a title that is not overflowing with content, as its game design is good enough to offer very different situations on the same map. It must be said that the levels offer variants for the costumes of the crowd, all very successful and funny with the animations and music of GrosChevaux. In addition to appreciating the AD, chaining the games will unlock new avatars. And above all to have a good time. 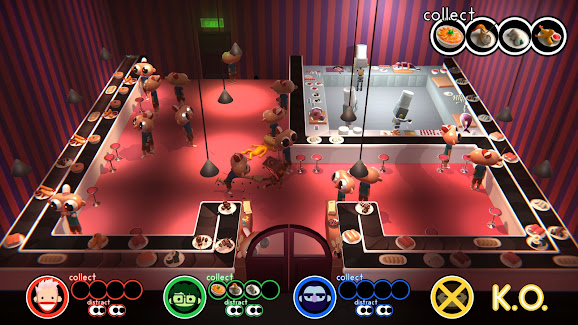 With Unspottable, the GrosChevaux studio sublimates a concept that has already been seen elsewhere. As in a Hidden in Plain Sight, players must blend in with a crowd while flushing out their opponents. A formula that the title succeeds particularly well in declining over its 12 levels, all very different. One thinks, for example, of the Arena, where around twenty AIs play fists, giving participants the opportunity to sanction suspicious behavior without getting caught. Or at the Night Club, where you have to follow a choreography while watching for the missteps of others to achieve victory. In short, a good base sublimated by a few other ideas that hit the mark like Diversions, or the secondary objectives based on objects to collect to achieve victory in another way. We still regret a slight lack of content, especially for a title in the state playable only in local multiplayer except on PC (via Parsec or Steam Remote Play). After this pre-requisite, the title is a treat and will be the subject of lively discussions among friends, where surprise and suspense reign. A very good pick for a sofa or remote computer evening.

For more information about this game, please make sure you also visit the Unspottable official website for more details. Also, if you have any gameplay experience with this game, please add your comment below this post. It's always appreciated.