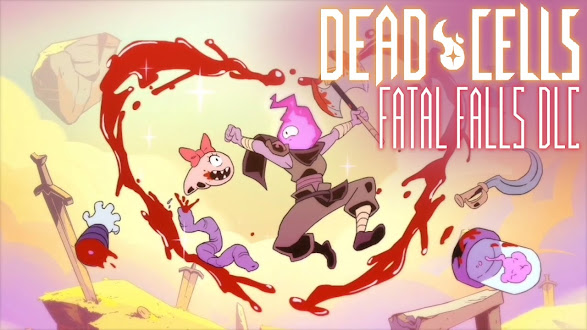 Two and a half years after its release, Dead Cells tirelessly continues to be updated. True "service game" of the rogue-lite, the title of Motion Twin does not have much to prove. This new paid DLC comes with a little bit of slack, and we are very happy to refill it.

Fatal Falls is also the second paid DLC of Dead Cells, after The Bad Seed. On the menu: two new "biomes", a new boss, a handful of enemies to discover, and new patterns to unlock. The program is also rather agreed and the quantity of novelties seems in all respects similar to what we already found on The Bad Seed. But the strength of this DLC is probably the inventiveness of these two new levels ("The Broken Temples" then "The Eternal Shores"), which are apprehended in an opposite way. First of all, I should say that these new environments are not accessible from prison, as was the case in The Bad Seed. You have to beat the Concierge beforehand (1st boss of the game) to be able to unlock access to the Broken Temples. Then comes a new moment in Dead Cells: at the end of this first level, access to the Eternal Shores is closed, blocked by two guards who bar your entrance. You have to think a bit to get through, which is ultimately not so common in Dead Cells, where reflexes are more often present than reflection. 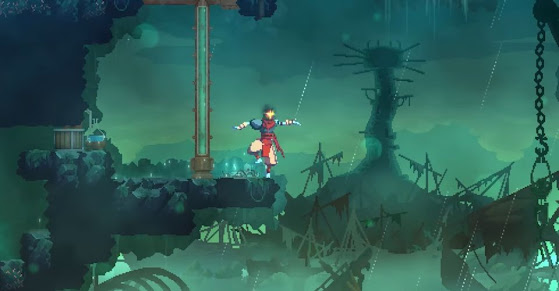 Anyway, let's get back to this first level. The Broken Temples is a 100% outdoor and very aerial area, which gives pride of place to the platform. Fairly linear and horizontal, the level stands out on several points and I understand why this new DLC is called Fatal Falls. Because many traps can make us fall in the blink of an eye, while many platforms crumble under our feet. On the enemy side, the same story: between the crows which fly in a straight line and make us retreat a few meters and enormous knights capable of throwing their gigantic sword from a distance, everything is done so that the void opens up under our feet. Visually, however, this new area is very bright, with splendid backgrounds displaying fallen statues and ruined temples. Not necessarily very long to go and finally quite quickly repetitive in terms of level design (we feel that the procedural generation is more limited), The Broken Temples remains one of the most original biomes in the game. 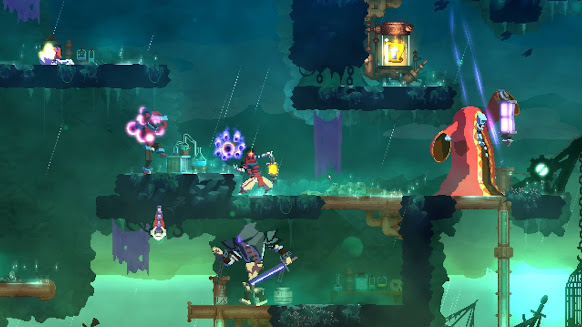 Fatal Falls' only real flaw seems to be its relative stinginess when it comes to new unlockables. After several runs, I did not find anything transcendent except a few new costumes which remain above all aesthetic. A finding perhaps due to a certain dose of bad luck, but, on this point, The Bad Seed had been more satisfactory. Another negative aspect to note: on Switch, the Broken Temples area is not always very fluid, especially when a lot of traps and enemies are on the screen. 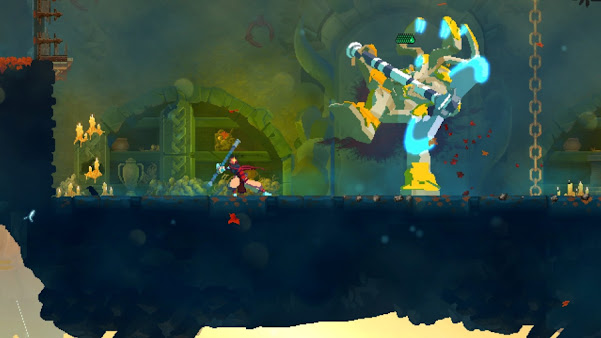 Those who have already sanded Dead Cells and want more have no real reason to miss Fatal Falls. For the price of a couple dollars more, they will enjoy an ultra-fast action, through two levels as successful as they are different. Maybe I would have liked a little more craziness in the level design and more new loot, but Fatal Falls brings just the right amount of quality content to dive back for a few hours.

For more information about the game, make sure you visit the Dead Cells: Fatal Falls official website for all details.