Disjunction Review - Not enough to blow your mind 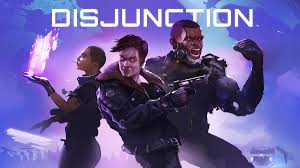 It comes from Poland and takes place in a cyberpunk universe. No, this is not CD Projekt's latest behemoth, but Disjunction, a small indie game with much more modest ambitions by Ape Tribe Games. So put on your special “big pixel” cybernetic retinas, and try to survive the review that will follow.

Like almost all cyberpunk cities, the New York of Disjunction is not quite the representation we have of a paradise on Earth: large-scale organized crime, turf battles between corporations, all of it. under the background of corruption, this is the daily life that will await our dear trio. Because you do not control one, but three characters, whose narrative lines will intersect as the scenario progresses, to update the distribution network of the Shard. It is a new drug spreading across the city, greatly threatening the future of the Big Apple.

And who says multiple characters say specific capacities: I also find a guy named Frank, ex-NYPD detective whose specialty will be rather discreet elimination; Joe, the brutish bitch with a big heart mistreated by life, adept at shotguns and stun grenades, and wishing to know more about the death of her daughter; or Spider, the young hacker activist, whose specialty will be more concealment. Each character has three active abilities and one passive, which are specific to him, to sneak through the different levels from above that Disjunction offers us. 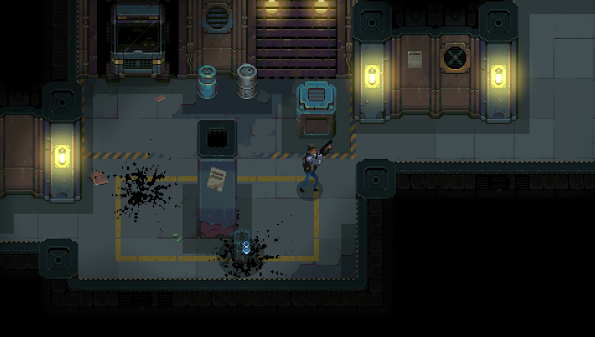 Whoever has followed the communication around the game at least has understood that the freedom of approach is a real leitmotif on the part of developers presenting themselves as fans of Deus Ex. "Nobody needs to die", they tell us. . Except that in reality, the ninja-style soft infiltration will often remain a sweet dream. Blame it on sometimes problematic readability: I often plague against a turret that ducks me out of view or those famous transparent recesses ... Not to mention a level design that does not call for discretion. It is difficult to anticipate the reactions and fields of vision of the enemies, which makes progress at best laborious, at worst truly frustrating.

Another point particularly highlighted by the developers: the possibility of developing their skills as I progress. Except that on this site, it's a bit of a cold shower: if you were waiting for a well-supplied skill tree, new perks to unlock, forget about it immediately. You only have the possibility to improve one of your basic abilities (increase the movement speed, the damage of your punch, or even reduce the cooldown of your grenade for example) with the help of points experience gleaned from your achievements in the field or optional upgrade kits hidden in each level.

The picture is also much less encouraging than the developers suggested: it is difficult to see the real impact of our in-game improvements, and the skills unlocked ultimately never really change the gameplay, which often boils down to observing and dodging them. round guards like Solid Snake, pass them behind their backs before giving them a treacherous blow. And if the plan fails, then it will be time to pull out the guns and make the powder speak. It is still necessary to have enough energy and ammunition, which I recover by looting my freshly slain enemies. The random loot can also be problematic when I run out of ammunition or my health bar plunges dangerously to be limited to half a pixel at half the level.

So prepare to die quite often, the software having a die and retry side that is not always well assumed. If the checkpoints scattered here and there allow you to secure your advance, they are as spaced and precious as the campfires of Dark Souls and do not give you the right to reload your life bar with each passage. Too bad, when we know how much this one tends to melt like snow in the sun in certain levels, the fault of a badly placed enemy or quite simply a lack of guilty reflex of the one who holds the mouse. Because you will understand, Disjunction is not really the type to give flowers to the player, and every mistake pays off. 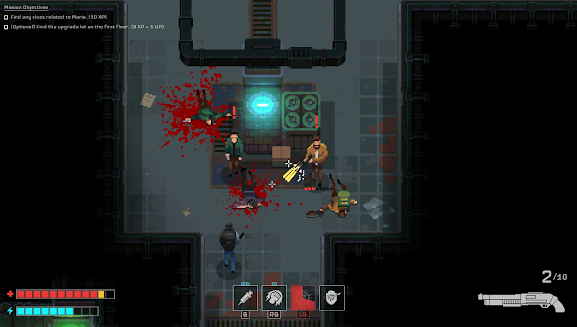 As for progression, I remain on the very classic: your peregrinations will be punctuated by a departure on a mission, followed by a return to the HUB to spend your hard-earned points (your apartment by the way) and bis repetita. Rhythm, Disjunction is also terribly lacking. The software struggles to renew itself and keep us going. The fault is a level design frankly plan, mission objectives recycled to nausea (I spend our time retrieving keys and documents), and a general lack of potato. As a result that I find neither this variety of approaches and situations so highlighted by the developers nor this particular “flow” of a Hotline Miami - where each level became a whole choreography -. In this regard, the very "atmospheric" soundtrack is not bad but does not help to breathe that extra soul that the game lacks.

The feeling of the weapons is very variable: if the firearms more or less restore the feeling of power, when it comes to melee, I have more the impression of hitting cotton than breaking jaws and vertebrae. In the end, the feeling of “come back to it” is also quite simply absent, and after only a few levels, it is boredom that comes to the fore, as the gameplay loop is limited. Just the arrival of Spider (the third playable character, unlocked after a few levels) leaves me hope, bringing a touch of originality with its holograms and other optical camouflage. Hope quickly showered after a few tables, and a return to the good old method of "I attract enemies in a corner and I kill them one by one using my knife / bionic arm/baton (cross out the unnecessary mention ) "

And don't count on the environments to add a little variety to it: with a few nuances, the levels all look alike, so much so that you sometimes feel like you're facing a procedural generator. Same enemies, same traps, same assets: at Ape Tribe Games, I seem to have taken the recycling issue a little too literally. 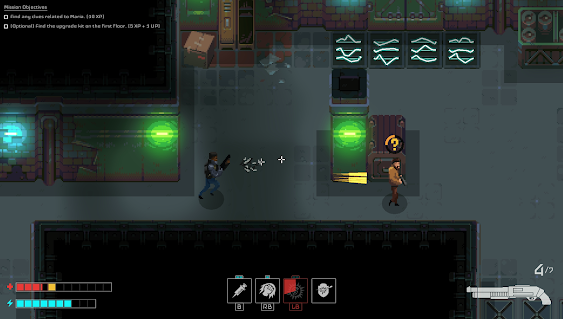 The only respondent of the game

But the other point greatly highlighted in communication around the game is the player's freedom of choice, especially in its phases of multiple-choice dialogues which will regularly punctuate your progress. And on this side, the promises are much better kept. The way you approach a level can also give rise to different reactions from the NPCs. Play it like Rambo slaughtering your enemies by the dozen and the NPCs are sure to point it out to you. Conversely, favor gentle infiltration and you will be entitled to compliments from your interlocutors.

The studio's desire to support the soft universe is also seen through these little letters that we find scattered throughout the levels. Available but rather cool for those who want to learn more about the universe, as long as one is not allergic to reading good big textual paving stones.

Finally, on the production side, if Ape Studio has made our mouths water with rather stylish artworks, it is clear that the in-game result does not really measure up. The choice of pixel art is a respectable choice, the generic and tasteless DA much less forgivable. So yes, I know the tastes and colors…. but frankly, between very crude character sprites and knife-cut animations, the game does not shine by its plastic, Pixelart or not. As such, the interface, as well as the map, moreover resemble that of an HTML5 game than anything else. Fortunately, everything runs smoothly, at least on a latest-generation PC. 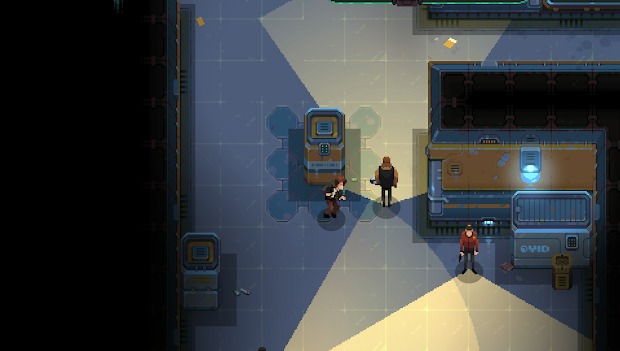 If the promise was good on paper, Disjunction, the firstborn of Ape Tribe Games, is at best only an outline of what the studio will be capable of in the future: between a very generic DA, gameplay that does not take off never and a feeling of progression to absent subscribers, one has the impression that the game could have been coded by a robot which would check specifications methodically. The software also never manages to infuse that extra soul that would keep us going for hours, and boredom quickly arises. In the end, Disjunction looks a bit like this mediocre student everywhere, and good nowhere, to whom you want to say "prove yourself".

For more information about this game, please make sure you visit the Disjunction official website for more details.