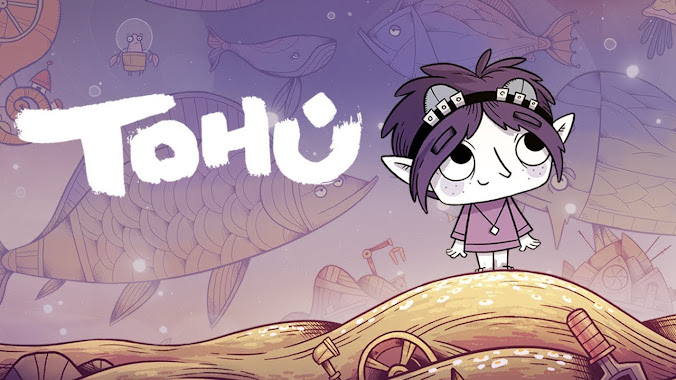 After the very stealthy Spirit Roots, a small platformer intended for mobile devices and also the studio's first game, Fireart Games gave birth on January 28, 2021, to TOHU. Still in 2D, exit the platforms and this time move on to the point'n click adventure, wishing to keep a cute and colorful paw.

Sold for a cheap price, the indie title published by The Irregular Corporation is available in dematerialized form on PlayStation 4, Xbox One, Nintendo Switch, and PC, which is a step forward for developers with regard to their previous creation. Does this extra step translate into success? This is what we will see together. I tested TOHU version 1.01 on PlayStation 4 Pro (rated version 0.99 on the title screen). The adventure was over after 6-7 hours of play. 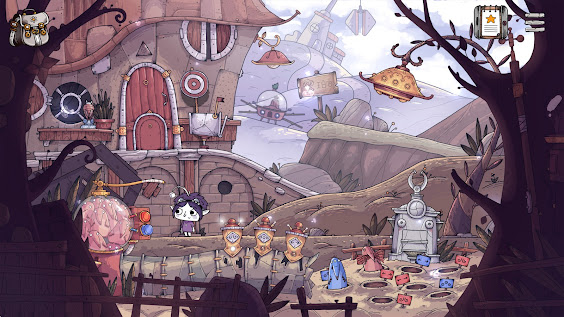 On one of the many fish-shaped planets of an unusual galaxy, a mysterious threat arrives and sows destruction. In order to save the place and its inhabitants from dawning danger, a little girl and her robotic alter ego Cubus go on an adventure in hunting down the strange hooded figure who seems to be up to dark plans.

Neither one nor two, you are immersed in the heart of the matter, starting by leaving a messy room and being introduced straight away to one of TOHU's main gameplay mechanics: the ability to switch between the girl and Cubus. It can talk to different characters in the game, is small enough to sneak into hard-to-reach places, and has some agility to climb onto crates and other climbing platforms.

Cubus, meanwhile, is rather the opposite since, rather imposing, it uses its great strength and is therefore able to lift heavy objects, either to clear the passage, or to place them to others. places where they will make themselves more useful. Our two heroes therefore show a certain complementarity, which will prove very useful in this adventure which is punctuated by puzzles of all kinds.

The latter also offers the pleasant surprise of being varied, delivering certain classics such as the reconstruction of a mirror, a series of cables to be cut where it will of course be necessary to cut the vouchers, or even a potion to prepare with the appropriate dosage, to more original puzzles, such as collecting luminous insects to make a lamp shine again, take part in a standoff with yourself or succeed in making a lizard look like a dragon. 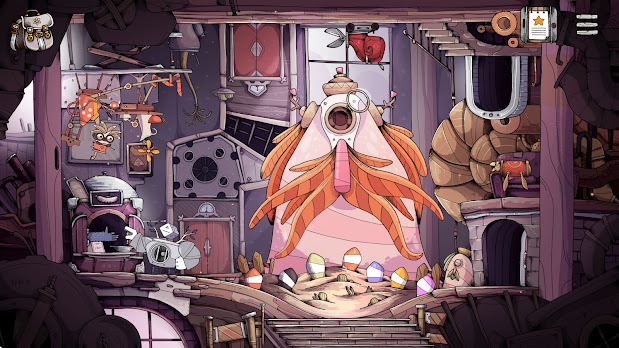 A pleasant gaming experience despite a few bumps

However, rest assured, although there are a few exceptions, we are a long way from the hair-shrinking solutions that can be found inside a Grim Fandango or a Day of the Tentacle. The proposed difficulty is intended to be progressive and rather well balanced, without ever having to pull your hair out to move forward. The vast majority of puzzles are also affordable and, even if you ever get stuck, clues on what to do next can be consulted at any time.

Please note, the help is not completely free since you must first unlock the padlock protecting this advice via a rhythm mini-game with not always easy timing. Interesting to take the side that any desired boost deserves, but probably painful in the long run for those who intend to benefit from it often.

As the game is relatively linear anyway, the solution never waits very far and, at worst, you'll often have to navigate between two or three screens at most. An advantage not to get lost, but it is somewhat of a shame that the plot does not unfold on a few planets simultaneously, with the possibility of free travel between them, given the curiosities that this galaxy full of fish seems to conceal.

On the playability side, I regret the inevitable imprecision in the controller, where it is sometimes difficult with it to position the cursor precisely, especially when certain actions are clicked within a few pixels. In this way, it can happen, although quite rarely, to stupidly miss a solution having missed the very small area to click. Nothing serious but frustration can sometimes point its nose.

However, I may have come up against a real deadlock where the correct resolution of a puzzle did not provide us with the item that was supposed to arrive in our inventory. I welcome the presence of a free backup applicable on 18 different slots, including one reserved for AutoSave, in order to go back far enough and thus no longer be confronted with this bug. While waiting to know the status of the released version, whatever happens, I recommend that you regularly save to separate slots, so as not to find yourself in a similar situation. 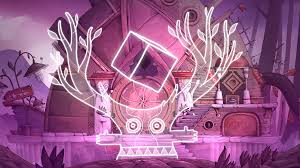 A picturesque and enchanting journey

However, there is nothing left that can taint the general atmosphere of the title which, as I mention within the title, turns out to be both picturesque and charming, which hits the mark. It first materializes at the level of the decorations, often furnished with a multitude of trinkets drawing makeshift structures, and ranging from the cottage with garden to an underground cave where you can travel through time, passing by an interior where the stairs are intertwined in all directions, to name just these areas.

These environments would not offer the cachet offered if they weren't populated by equally folkloric characters. During your journey, you will meet all together a crooked negotiator who lives in a bathtub, a vigilant samurai on stilts, a giant mosquito addicted to coffee or an anxious mammoth. Either to give you a hard time or eager to be helped by offering a reward in return, the locals will often amuse you with their crazy looks.

What about the wildlife, most of the creatures that make it up are clickable elements and which will go straight into your collection, displayed inside the notebook. Here again, the inventiveness of the developers gives rise to curious crosses such as the snail-timer, the spider-padlock, the caterpillar-accordion, or the butterfly-bell. You can then try to find as many of these creatures as possible and enjoy their small dedicated animations.

The final touch to this ubiquitous charm is obviously applied by the music of Christopher Larkin. If Hollow Knight has had the well-deserved success that I know, the composer's talents are no stranger to it and even if, all things considered, TOHU will undoubtedly not know the same plebiscite, the good memory that he risks let to those wishing to try it goes through its oh so pleasant soundtrack.

Sometimes with a sweet melancholy, sometimes more apt to make speak its perky or even malicious inclination, when it is not filled with mystery, the music dresses perfectly the universe in which I am immersed throughout the half-dozen of proposed hours.

Sympathetic sweetness that TOHU. With small means, Fireart Games manages to take us to the heart of a galaxy just as mysterious as it is enchanting by offering a pleasant adventure despite its linearity. Animated by gameplay yet access to puzzles, the title is never intended to leave us stuck in a puzzle for too long. You can easily enjoy very good quality music, wacky characters, and a picturesque setting, even if the whole thing only lasts about 6 hours, a few bugs can mar the experience and the support for the controller. is not optimal. Its low price ends up legitimizing the curiosity of potentially interested parties, who would be wrong not to be tempted. 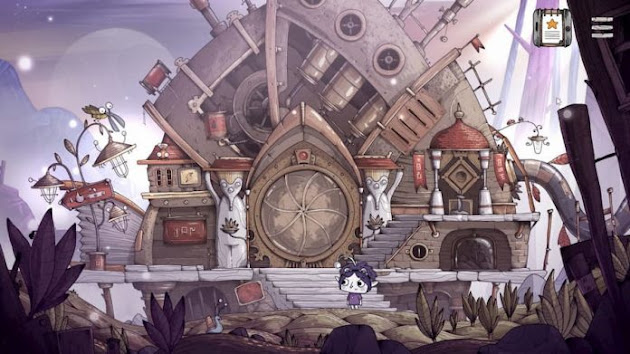 Rather intrigued by the first images released a few months ago, I was curious about what TOHU could offer us. As the result, I was not disappointed and I had a great time in an enchanting universe with bewitching music. If the game does not revolutionize anything on the bottom, it charmed me by this very particular envelope and all the quirk that constitutes it. Considering the low price, I recommend it without hesitation and I look forward to the next creation of the studio!

For more information about this game, make sure you take the time to visit the TOHU official website for more details. Plus, if you have any comment regarding this video game, please feel free to leave your own comment below this post.