Role-playing games are an inexhaustible source of inspiration for studios and publishers who rarely miss the opportunity to adapt these acquired franchises to the cause of video game fans. The Baldur’s Gate and Shadowrun saga or Cyberpunk 2077 to name a few, the examples are legion. Now it's the turn of Cyanide in collaboration with Nacon to lend themselves to the exercise and to get their claws out. Werewolf: The Apocalypse - Earthblood is the Action-RPG adaptation of the eponymous role-playing game. The wolf, after a long hibernation, is about to emerge from its den. 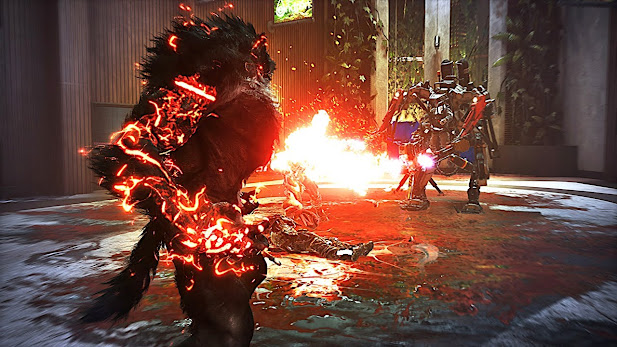 THE PACT OF THE WOLVES

Werewolf: The Apocalypse - Earthblood takes for framework a contemporary universe close to ours in many ways, and yet so different. On this alternate Earth, the balance of power is in jeopardy. The Wyrm, the evil incarnation leading the world to destruction and chaos, is gaining ground. Faced with rampant industrialization, a direct consequence of human activity, the Dark World is on the verge of ruin. It is in this context that Cahal and his pack, lycanthropes protectors of the spirit of the Earth responding to the name of Gaia, oppose the actions of a mega-corporation in particular ... that of Endron determined to exploit the Wyrm to increase its hold over Mother Nature, and also its profits.

This Action-RPG addresses a central theme in the 21st century, that of ecology and more particularly of the impact of humans on the blue planet. While on paper this desire to convey a message is laudable, in fact the attempt is so clumsy that it often alters the point. Manichaeism repeatedly crosses the limits of the conceivable. The result is a painting composed entirely of black and white without any nuance or almost to the point of bordering on the absurd on several occasions. And it is neither the staging, nor the dialogues that will prevent this narrative boat from running aground with loss and noise.

With the exception of a few cutscenes which punctuate the adventure here and there, the staging is content with multiple-choice conversations without even a simple shot against shot to decorate these sequences, preferring a free camera rotating 360 ° around the protagonists. Worse still, these famous multiple choices are absolutely useless as they literally have no impact on the scenario. OK, Cahal sometimes trips, and ends up killing his interlocutors without the tale moving an iota of its original course. In these conditions, it is difficult to take an interest in this eco-fantastic story sewn in a white thread, and to become attached to characters as predictable and as caricatured as possible. Werewolf: The Apocalypse - Earthblood stammers its subject, namely ecology, to the point of undermining it. 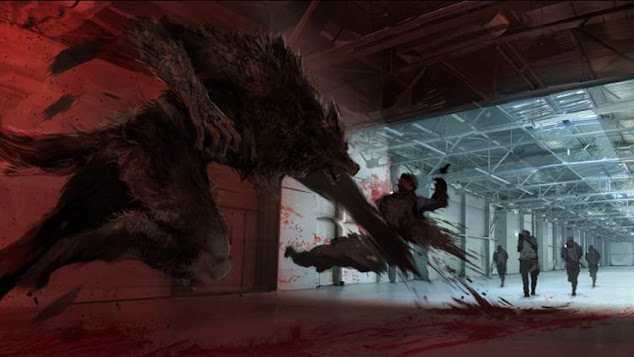 The technical achievement of Werewolf: The Apocalypse - Earthblood mirrors its narrative. The Action-RPG from Cyanide Studios has stuck with the weight of years, and cannot compare even for a second against the competition. On the ninth generation consoles (PlayStation 5 and Xbox Series X / S), but also on the eighth generation (PlayStation 4 and Xbox One), the title is poor. Rigid animations, rough textures, tasteless settings, and finally endless recycling of the same assets and NPCs to fill said environments, this video game adaptation of the role-playing game is the perfect example not to follow.

There is nothing memorable about the artistic direction, which could have been a diversion. Visually, the Action-RPG developed by Cyanide is generic to the last degree. Except for the werewolves, the opposite would have been surprising, Werewolf: The Apocalypse struggles to find an identity of its own to the point of becoming commonplace. Fortunately, a few visual effects (or FX) occasionally brighten up the whole without ever fully achieving it. The metal-rock soundtrack is also a pleasant surprise, accompanying the combat phases with energetic riffs. 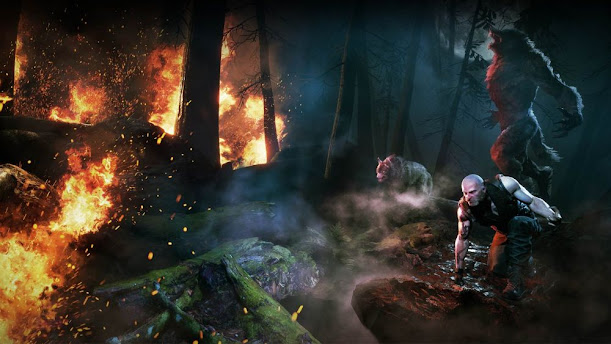 “Whatever the bottle as long as we have drunkenness” could be a way of putting things into perspective, provided you have a gameplay that lives up to the myth that the lycanthrope represents in the collective imagination. Unfortunately, the good intentions of the studios collide with the harsh reality on the ground. Werewolf: The Apocalypse - Earthblood is based on a mixture of infiltration and Beat'em All which exploits the different forms of Cahal, namely the Man, the Wolf, and the Crinos (or Wolf -Garou). While the first two transformations mentioned essentially allow infiltration, the last gives the hero the latitude necessary to express all his anger.

In fact, Cyanide's Action-RPG is nothing more than a succession of infiltration sequences, which if unsuccessful turns into clashes, all punctuated by boss fights that have the merit of break the monotony of the title. The gameplay boils down to a few things, so to speak. Penumbra vision can be used to scan environments, hack security systems, sabotage reinforcement airlocks, or eliminate guards undetected. However, artificial intelligence and level design are never up to par, which definitely ruins repetitive phases of the game without even the slightest hint of tension.

What about the Wolf (or Lupus) form? In fact, it only serves to shorten distances thanks to its speed of movement and to squeeze through ventilation ducts. Only the Crinos got out of the game before disappointing in turn. During combat, Cahal enraged to become the mythical creature of the Werewolf. If the fights turn out to be pleasant at first, they end up repeating themselves over and over again. The fault lies with a (too) limited bestiary, and a flagrant lack of evolution of the Crinos ... as well as of the other forms of Cahal. The RPG dimension of the title is here reduced to the strict minimum. The hero certainly unlocks active and passive skills, but these prove to be too few to renew gameplay that has nothing new to offer after 2-3 hours of play.

Even bloody carnage ends up losing its flavor. Still, the sensations are honest if not surprising, and it's easy to get carried away by Cahal's mighty power, especially when confronted with one of his fellows ... moments far too rare. Additionally, the “Agile” and “Heavy” stances add a bit of strategy in the middle of the melee as does Rage and Frenzy which allow the Crinos to use special attacks and unleash all of their fury. Yet everything seems like a copy of a copy of a copy. The same phases of gameplay are repeated over and over to the point where a certain form of weariness emerges during an adventure that takes 8 to 9 hours to complete. 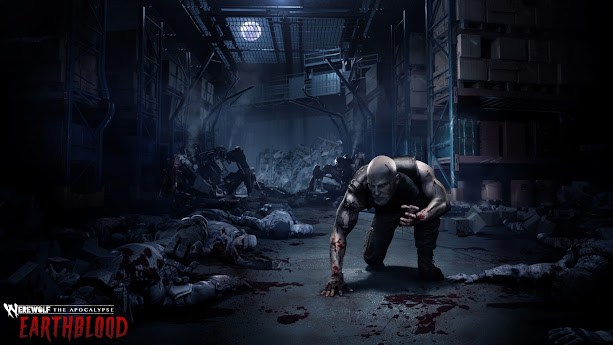 Werewolf The Apocalypse Review, the conclusion

An Action-RPG set in a gothic-fantasy-punk universe starring werewolves that tackles contemporary themes such as ecology was appealing, but Werewolf: The Apocalypse - Earthblood fails everything it does. Both technically and playfully, Cyanide's game is a real disappointment. The adventure is repetitive, the gameplay uninspired, the storytelling reduced to its simplest form, and the execution antiquated. Only the soundtrack and the clashes between lycanthropes save this once-mythical creature from complete sinking.

For more information about that game, please make sure you visit the Werewolf The Apocalypse official website for all details.